Born in Richmond, Virginia, in 1984, Adam Pendleton works through a variety of mediums ranging from painting to performance, video and collage. Using text – as the perfect meeting point between abstraction and representation – and appropriated imagery from historical archives, the artist deals with notions of collective and individual identity through the use of concepts extracted from conceptual art, Dadaism, and socially engaged movements. Through the shift of context allowed by the very act of appropriation, Pendleton re-signifies the production of cultural memory shoving a critical light over paradigms of the contemporary world.

In System of Display, E (ETERNAL/ Against/ Jean-Luc Godard, Le Grand Escroc, episode from Les Plus Belles Escroqueries du Monde, 1964), Adam Pendleton has appropriated a film still from Jean-Luc Godard’s short film Le Grand Escroc, which was included in the movie Les Plus Belles Escroqueries du Monde released in 1964. The piece was first exhibited in 2011 at Shane Campbell Gallery in Chicago, a show entitled the women. This work is part of a series of black framed mirror-boxes that affirms the appropriating and revising of visual culture entitled System of Display. Inside each artwork presented in the exhibition, the artist inserted a mirror in the space between the image and the frame, introducing the reflection of the viewer when facing the piece. 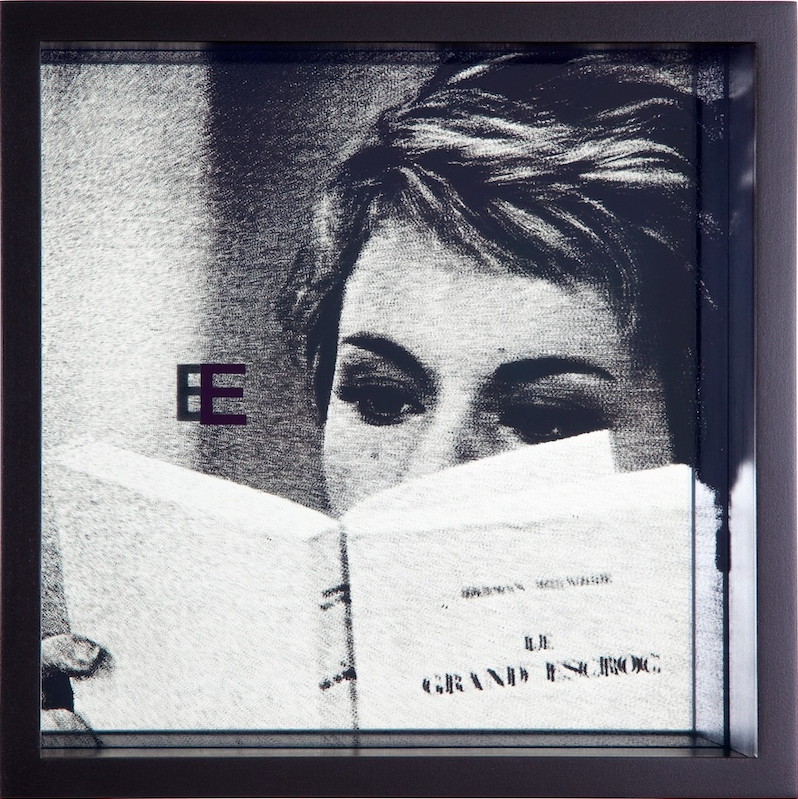 "The press release of the exhibition consisted of a single tercet from the opening of Raul Zurita’s 1979 book Purgatorio [Purgatory], and each of the works in the show—all from the System of Display series—in this case indexed Purgatorio. Each letter was drawn from a word in that longer text. (Here, E is part of the word ETERNAL.)"

"Zurita’s book emerged in the shadow of the 1973 Chilean coup, which, with the support of the United States, resulted in the dictatorship of Pinochet. Socialists, communists, writers, and artists were targeted for incarceration, torture, and murder. Zurita, who like many among these milieus was personally affected by the violence, undertook a number of artistic/political activities during these years, including the founding of a dissident collective called CADA (Colectivo Acciones de Arte)." 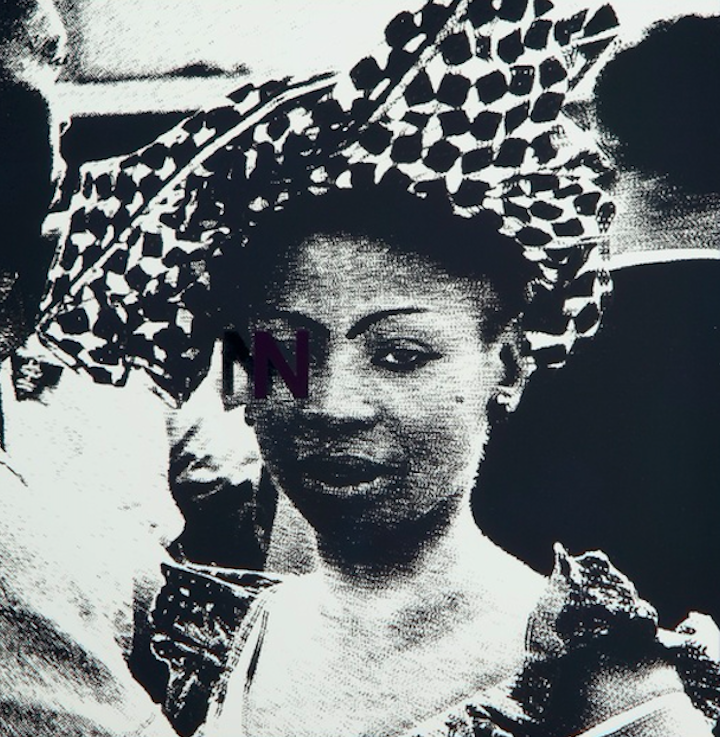 "In 1975, Zurita burned his own cheek with a branding iron; he considers this action to be the beginning of Purgatorio. The imprint, the brand, the stamp—Zurita was interested in the poetics of such gestures. The opening tercet of Purgatorio is: “mis amigos creen que / estoy muy mala / porque quemé mi mejilla.” [“my friends think / I’m a sick woman / because I burned my cheek.”]" 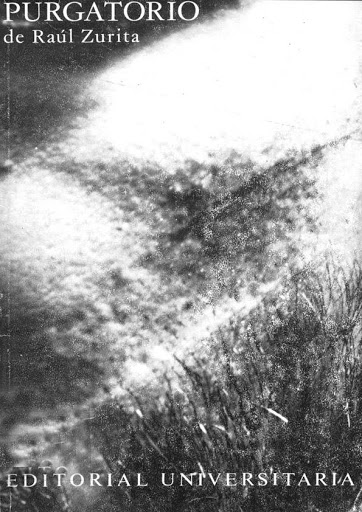 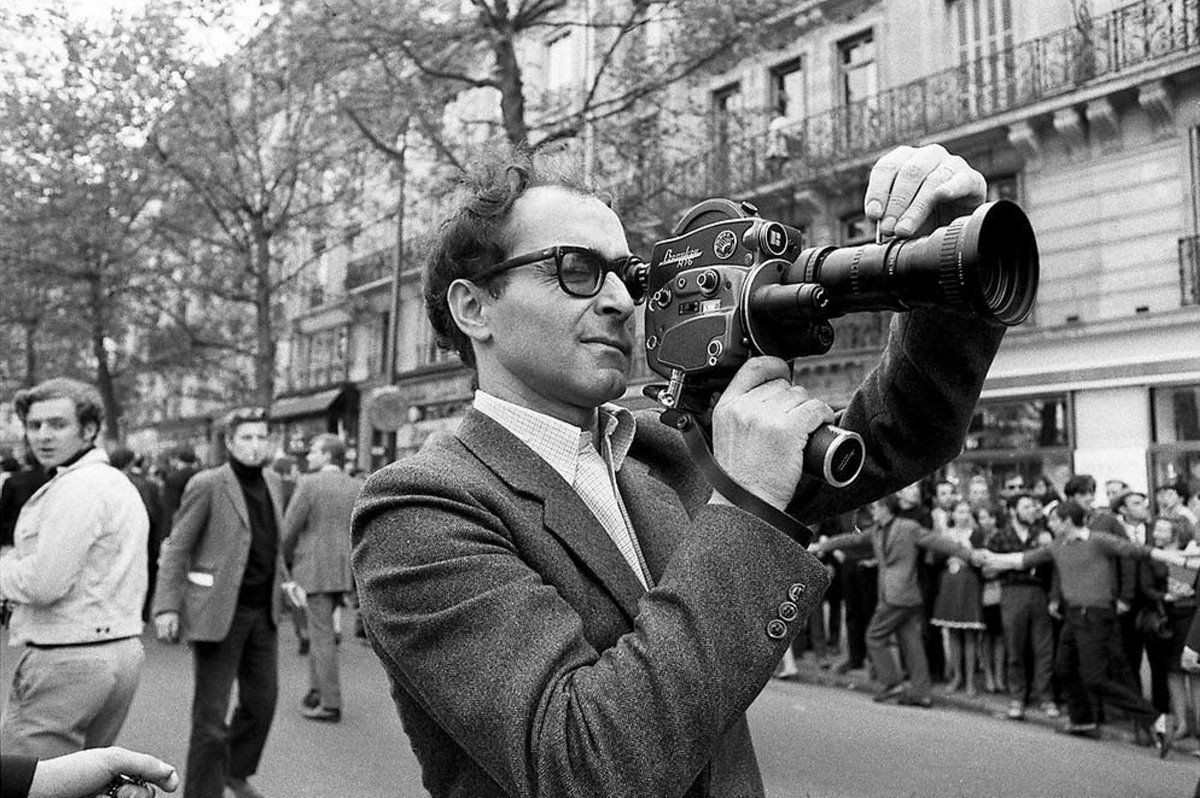 In the movie Le Grand Escroc, Jean-Luc Godard confronts the viewer with contradictions. The short film tells the story of a young American travelling to Morocco to do make a documentary for a TV program called “The Most Extraordinary Being I’ve Ever Met”. In Marrakesh she is looking for a counterfeiter who gives away fake bills to the beggars around the souks. When she finally interviews the swindler, he proclaimed “charity doesn’t think evil”.

When asked about what inspired him to choose this film by Godard, and this particular image, Adam Pendleton replies: “My use of images and language is always a kind of distant reading. Things are often displaced multiple times. The still of Jean Seberg reading Melville’s The Confidence-Man in Les plus belles escroqueries du monde comes from a book on Godard. Obviously, the image, and my discovery of the image, would thematize the act of reading, and this is something that is consistent across many of Godard’s films: quotations that take the form of either characters reading aloud from texts or texts displayed onscreen as epigraphic or interrupting inserts.”

He continues: “Godard consciously treats film as a network of intertextual citations, a space where language and images, produced ad infinitum, are made to circulate like goods and currency. Seberg’s character, a television journalist making “cinema verité,” can’t stop filming the counterfeiter, who accuses her of stealing. Questions about the truth of money and the truth of images hover throughout the film. The American filmmaker, “mobilized to methodically organize the advancement of the spirit of generosity,” is met with skepticism and left at a loss—she can only continue to film, as Godard reads Shakespeare’s lines about the world as stage in VoiceOver.”

“I don’t know if “my” image necessarily needs to interface with the film in depth. It’s only one of at least 68 images I have used in System of Display, and largely accumulates meaning from its situation within the System. But certainly Godard’s formal strategies, and his ideas about the nature of montage, the production of images, and the practice of citation, have influenced the gestures I undertake here.” 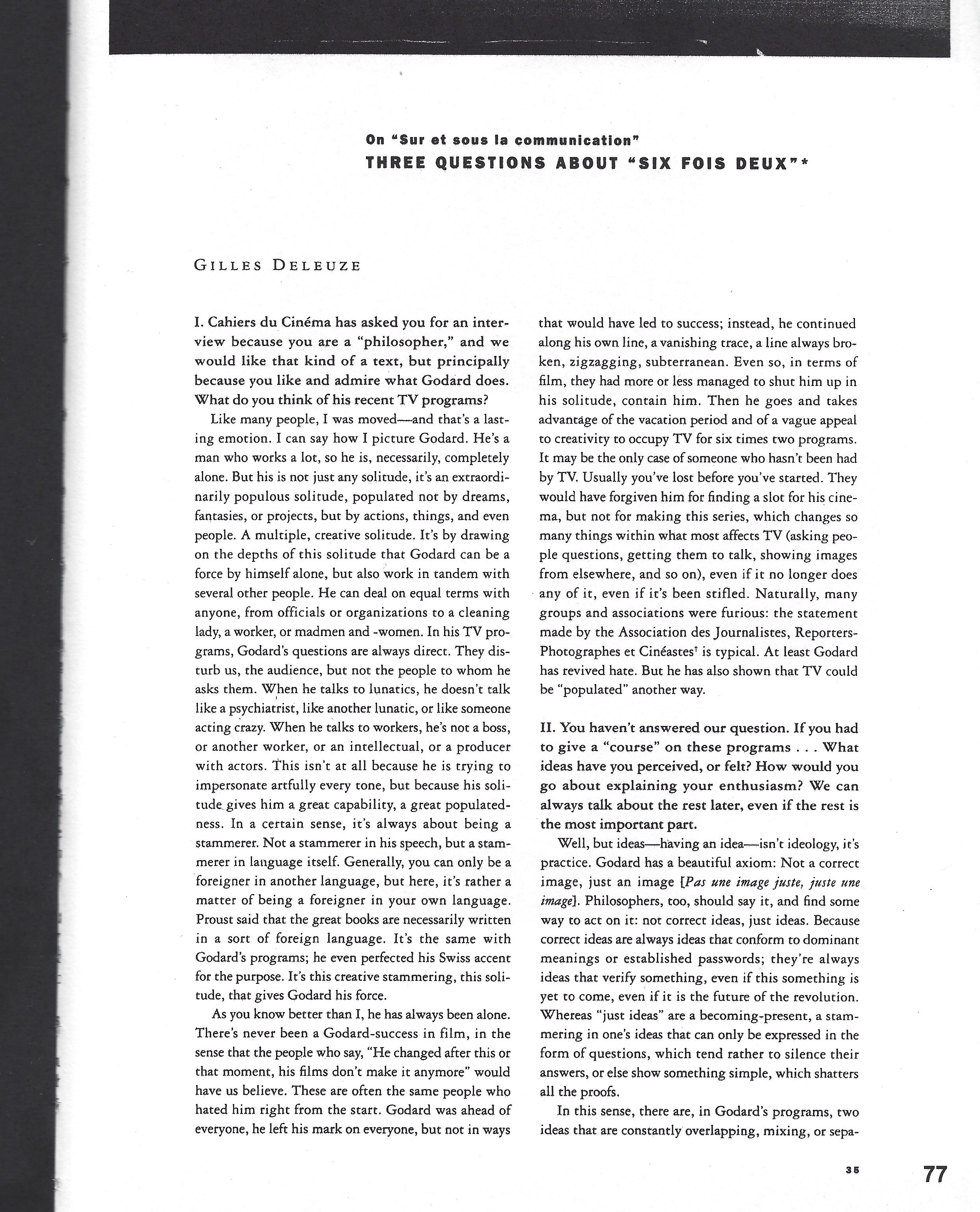 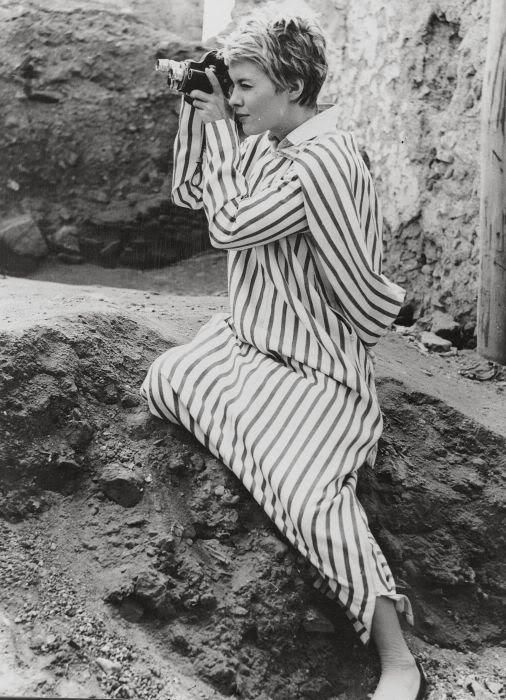 In 2008 Pendleton created “Black Dada”. At first, the term was employed to designate the title of a series of monochromatic, conceptual paintings but later it became the title of the manifest he wrote, which became fundamental in his practice. The manifest “Black Dada Reader” crosses conceptual references from the 1960s to 1970s as well as practices used by Dadaists, in the early 20th Century, and general inquiries. According to Susan Thompson, the author of the publication’s introduction, “Rather than articulate a position, the Reader gestures toward a gestalt. As it demonstrates, Black Dada is more than notion. Black Dada declares and inquires, signals and speculates, conjoins and contrasts”. 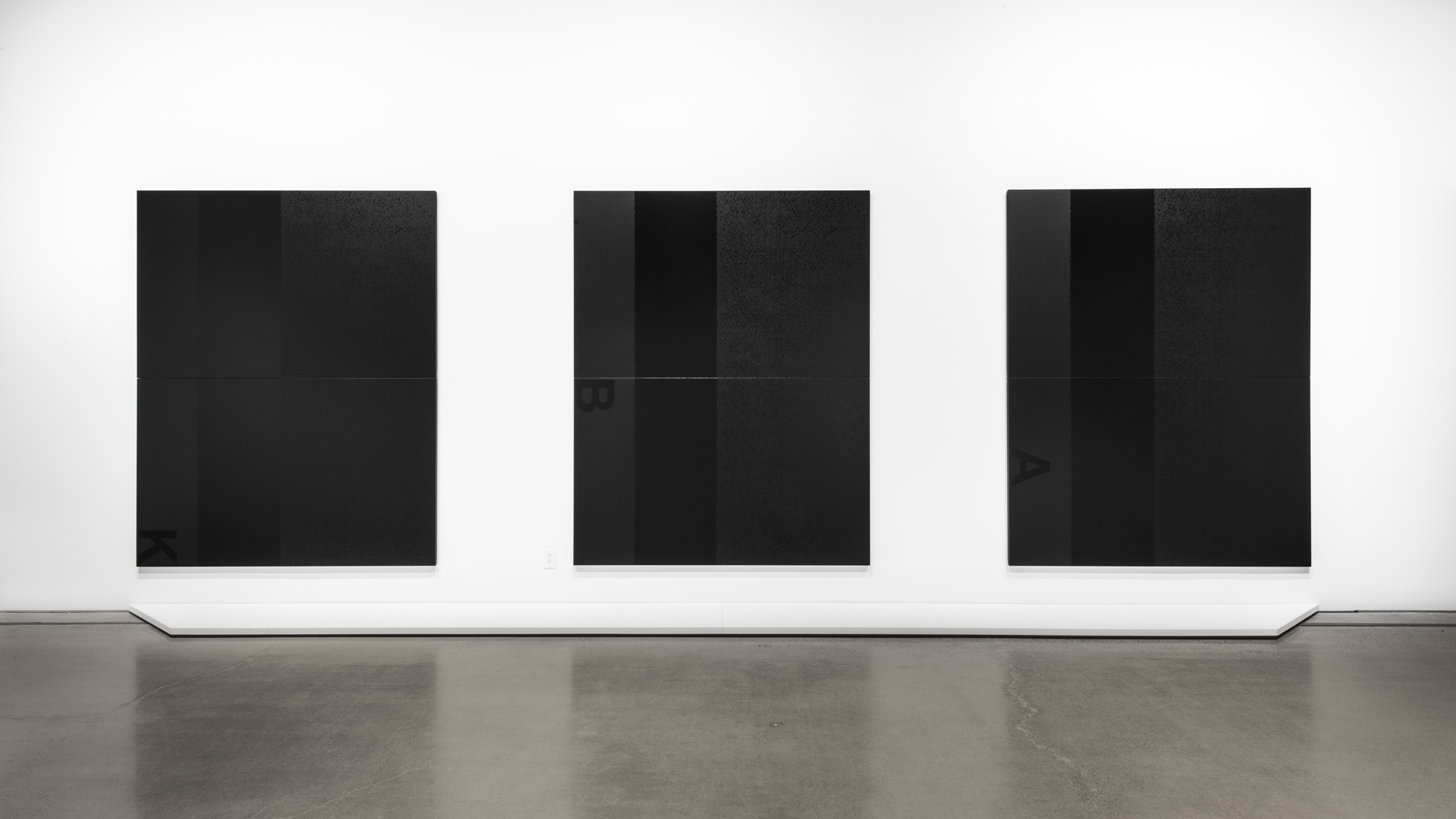 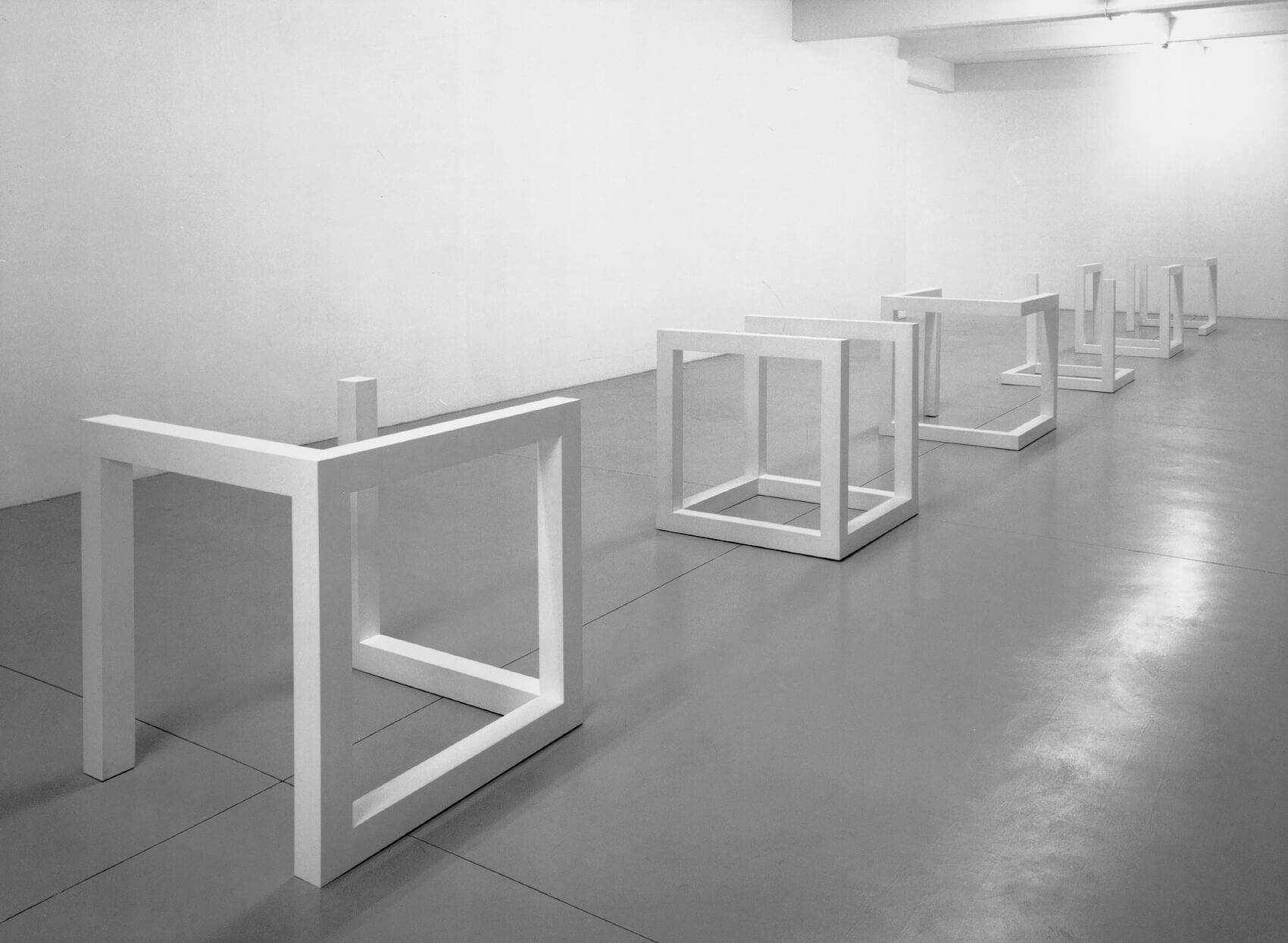 In the Black Dada Manifest, Pendleton establishes a relation between History and Sol LeWitt’s incomplete cubes. To create this installation, LeWitt explored 122 ways of “not making a cube, all the ways of the cube not being complete,”. Much like on Sol LeWitt’s incomplete cubes, each work from the series System of Display is associated with a single letter of an “incomplete” word. Resisting to the commercialization of a commodity – prioritizing the idea, or the gesture, rather than the final product – Sol LeWitt was interested on the self-referenciality of art in order to address it as a language or as a form of logic. Adam Pendleton also makes use of this self-referenciality in order to address historical hierarchies, signalizing the complicity of the art system in its maintenance. 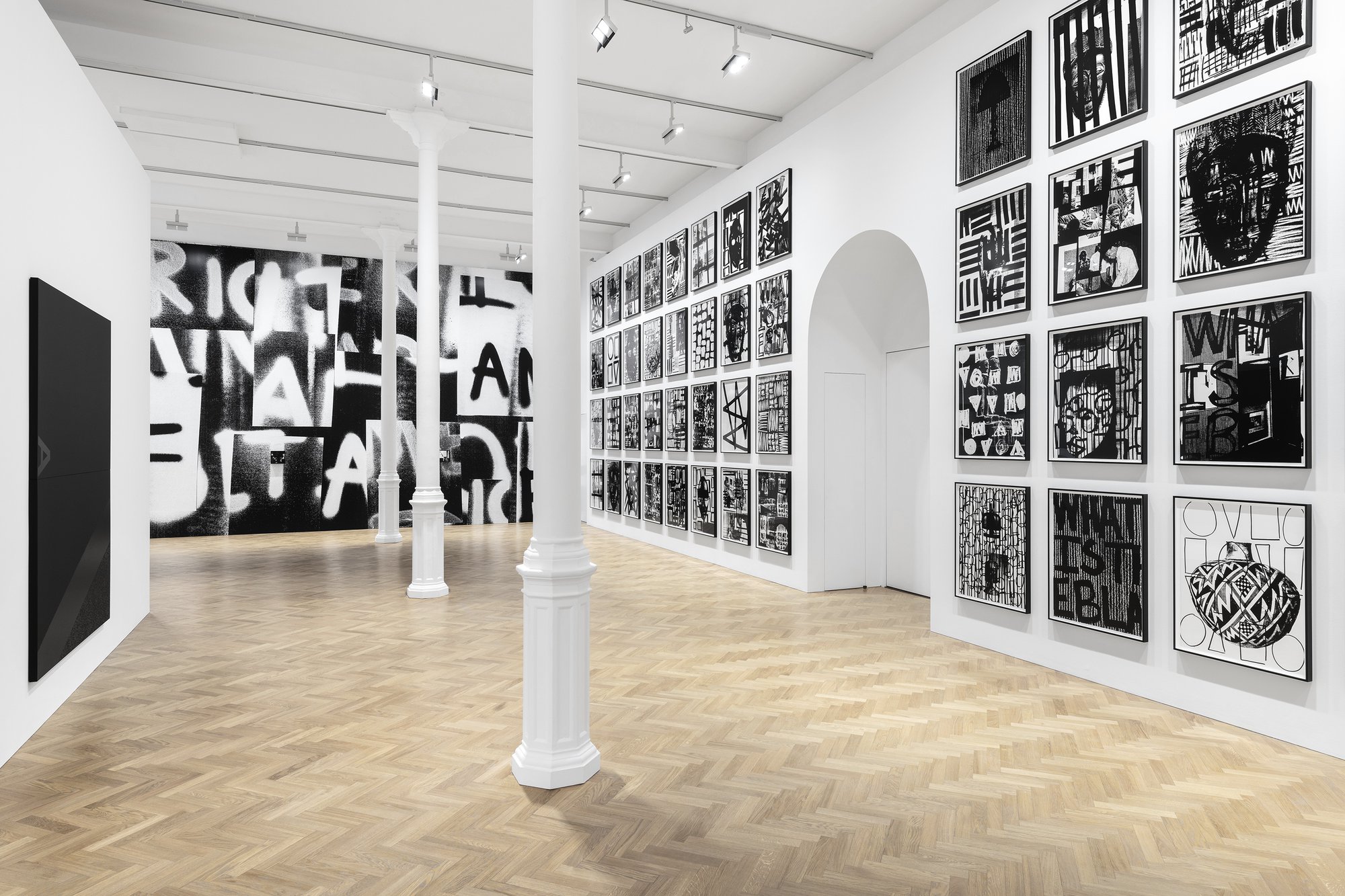 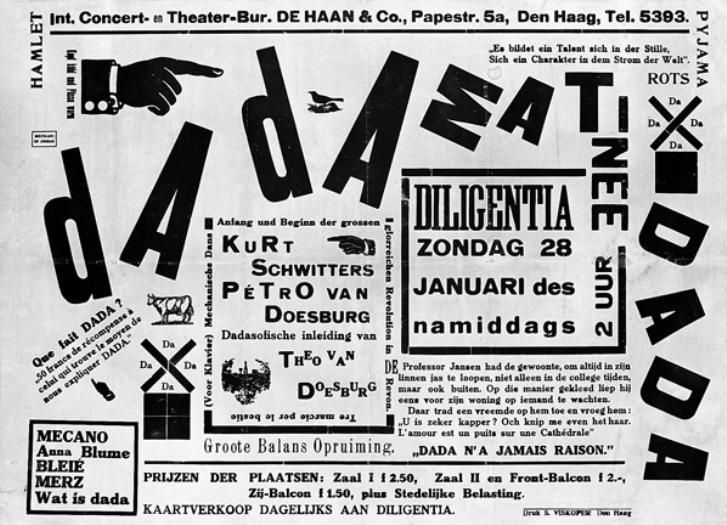 Dada was an art movement of the European avant-garde which started in Zürich, Switzerland, at the Cabaret Voltaire around 1916. The Dada movement consisted of artists who rejected the logic, reason, and aestheticism of modern capitalist society, instead expressing nonsense, irrationality, and anti-bourgeois protest in their works. The art of the movement spanned visual, literary, and sound media, including collage, sound poetry, cut-up writing, and sculpture. Dadaist artists were integrating signs and words into their practice with no specific purpose other than exploding the traditional boundaries of the art world. The object was separated from its function and the act became more important than the result.

"You steal something from me and you too only give to others.”

Adam Pendleton, WE (we are not successive), 2015, Pace gallery, New York and London

“Black Dada refers to Dada in an arguably illogical way. So much of Dada was about the absurdity of life, and there’s something absurd about America today. I couldn’t help but respond as an artist—and a citizen.” 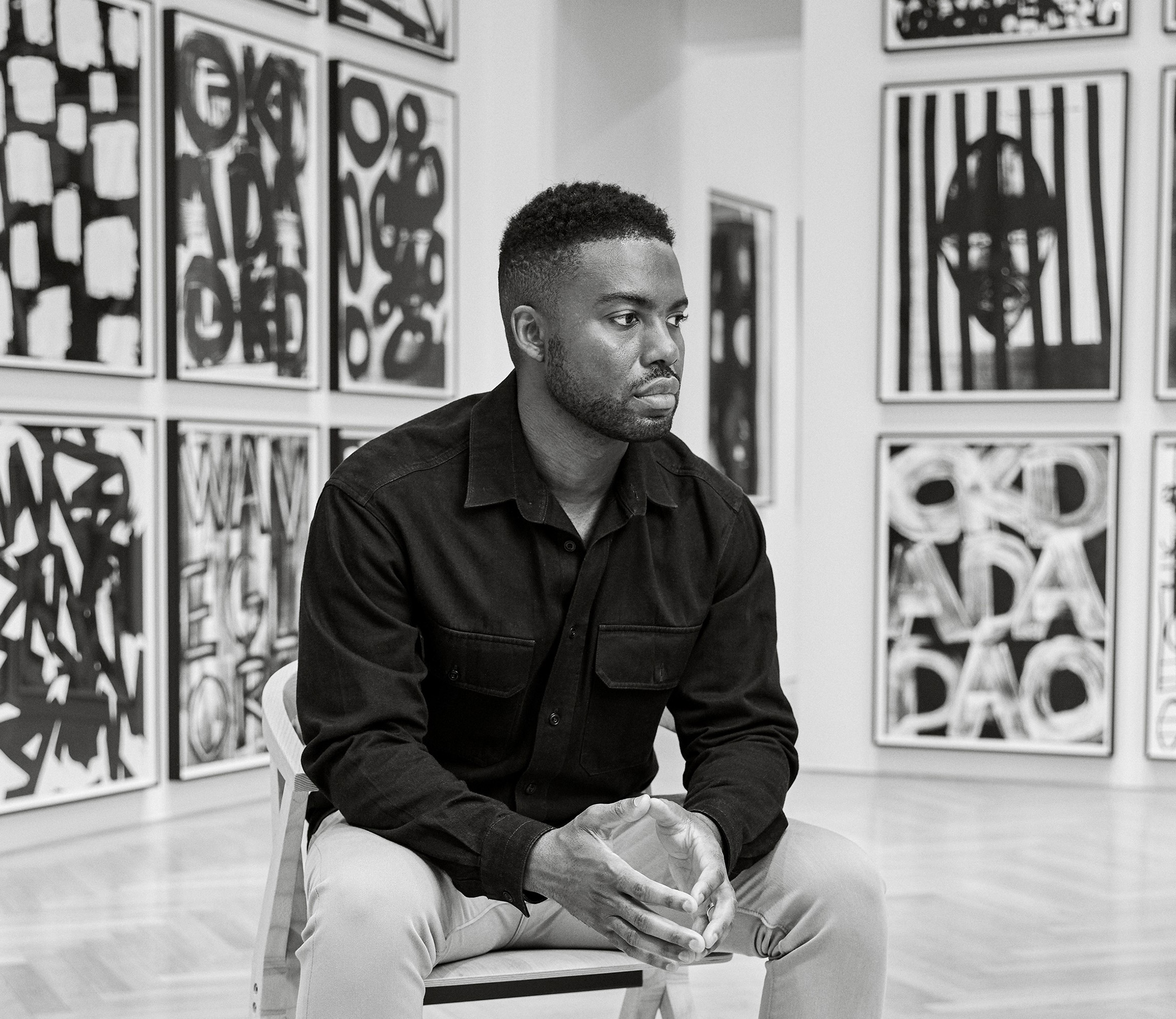 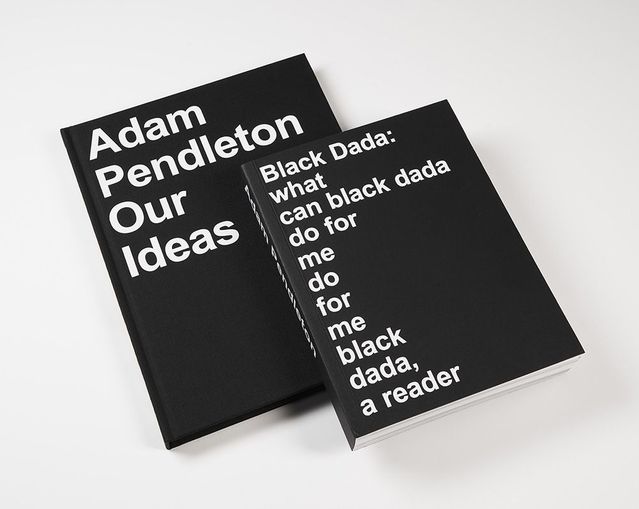