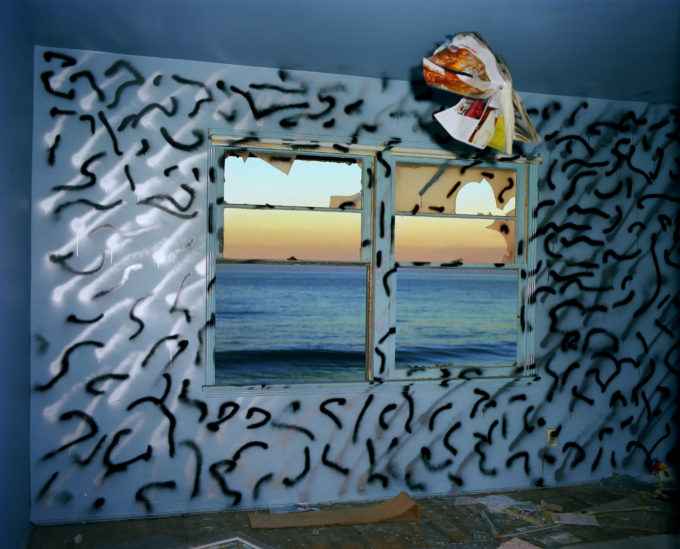 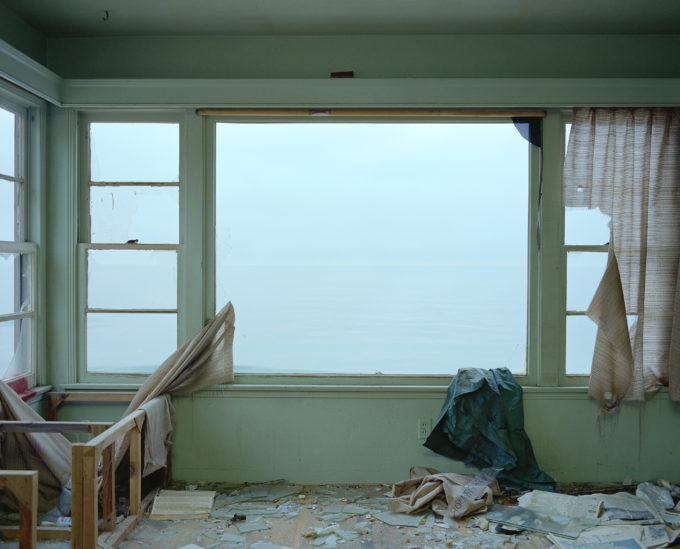 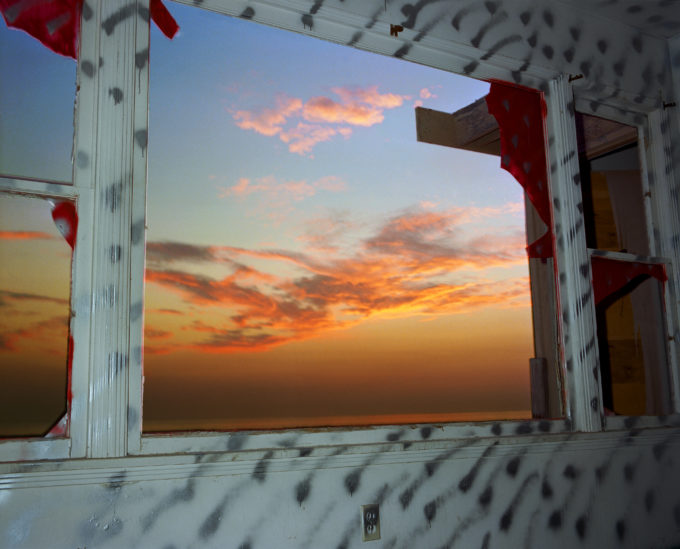 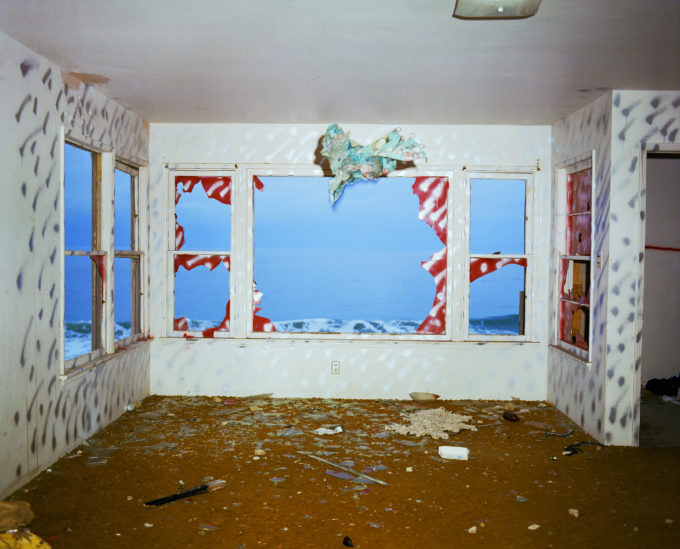 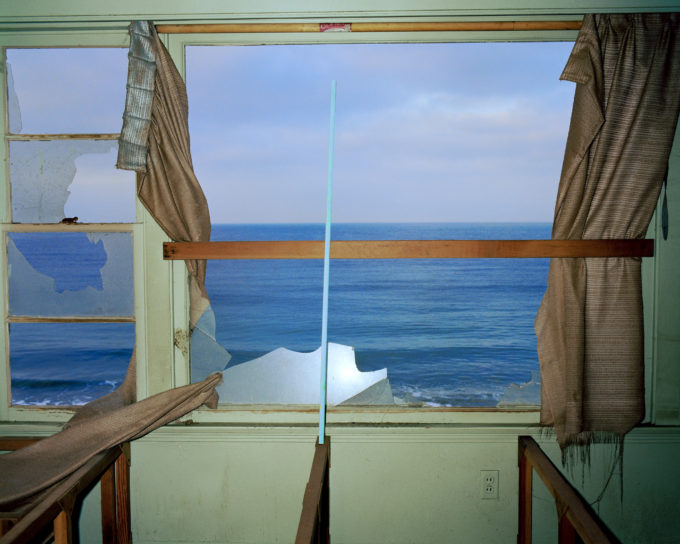 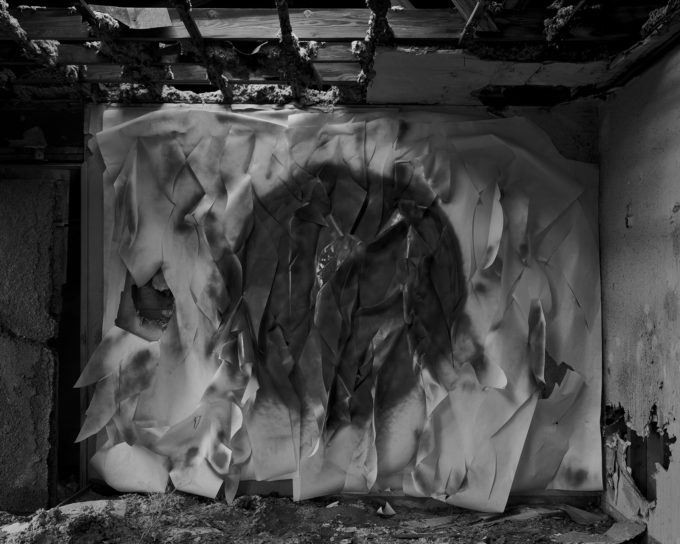 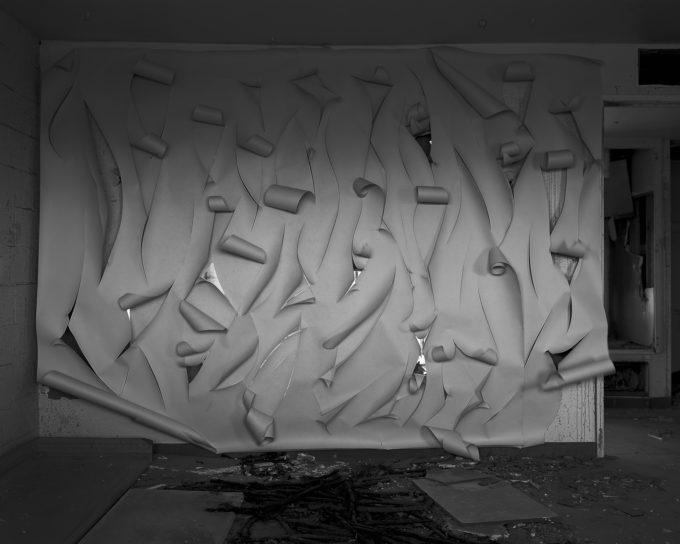 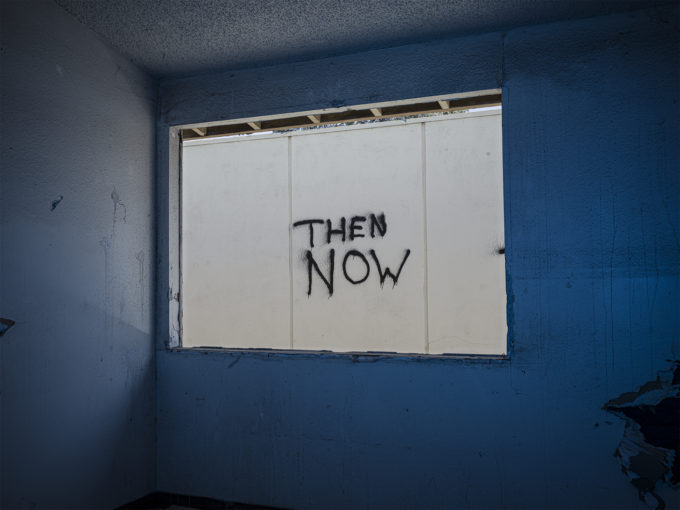 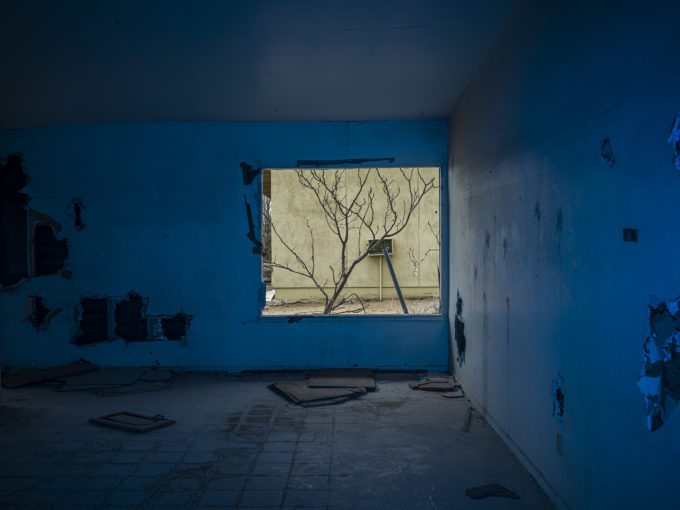 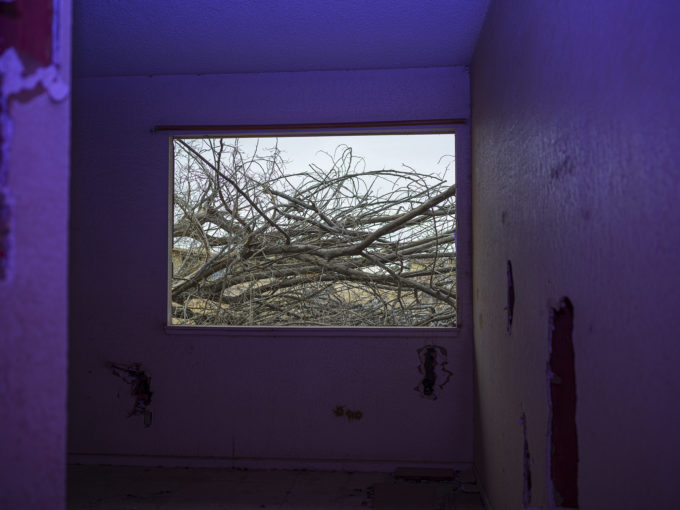 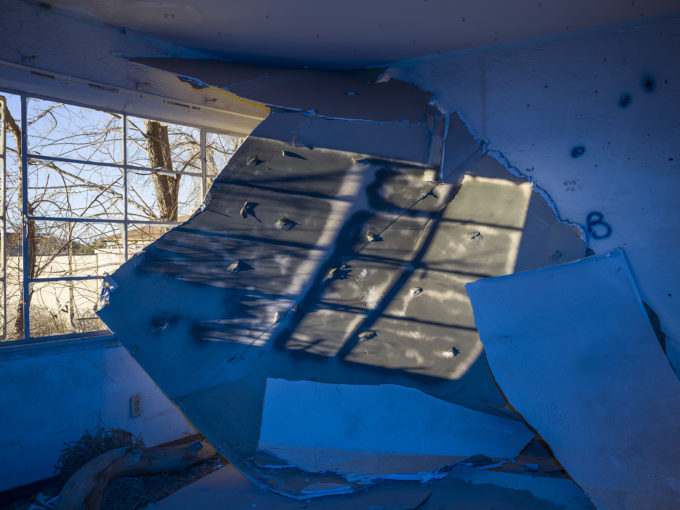 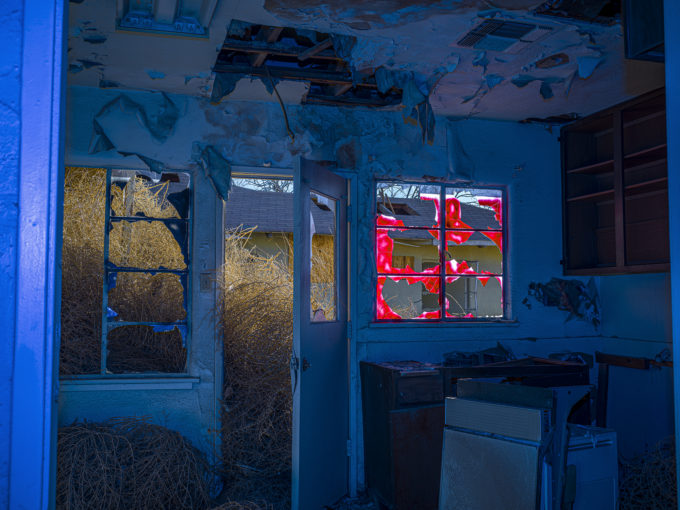 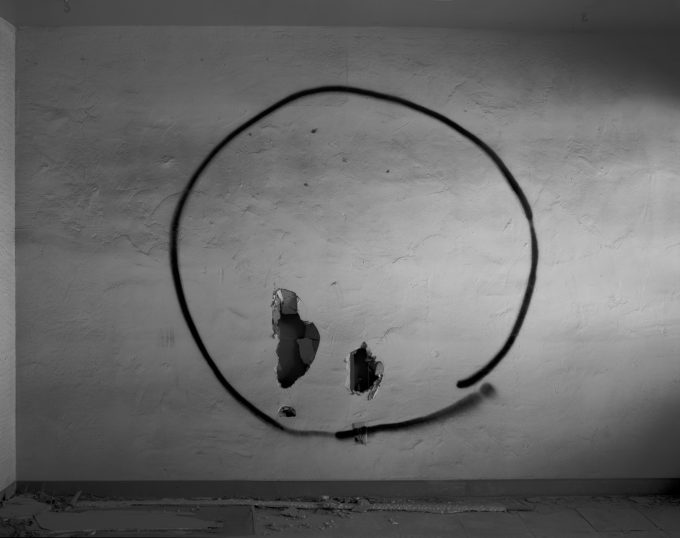 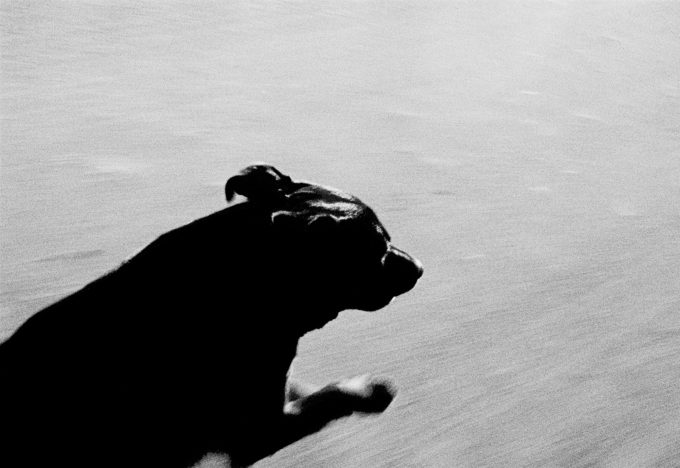 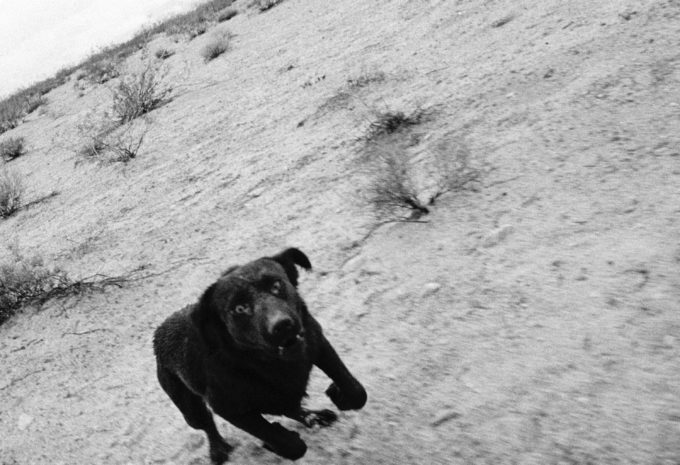 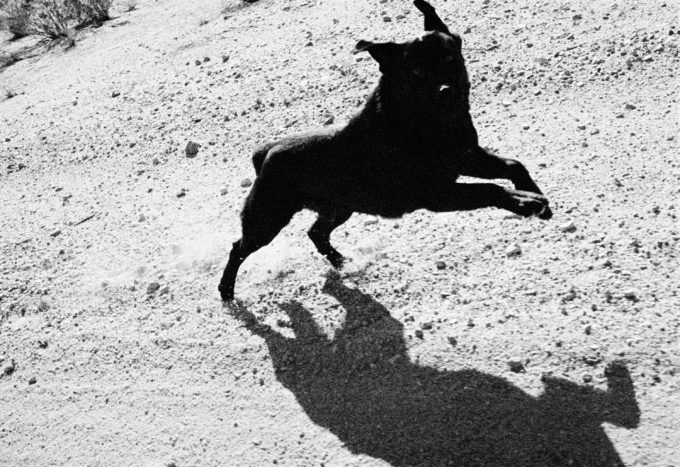 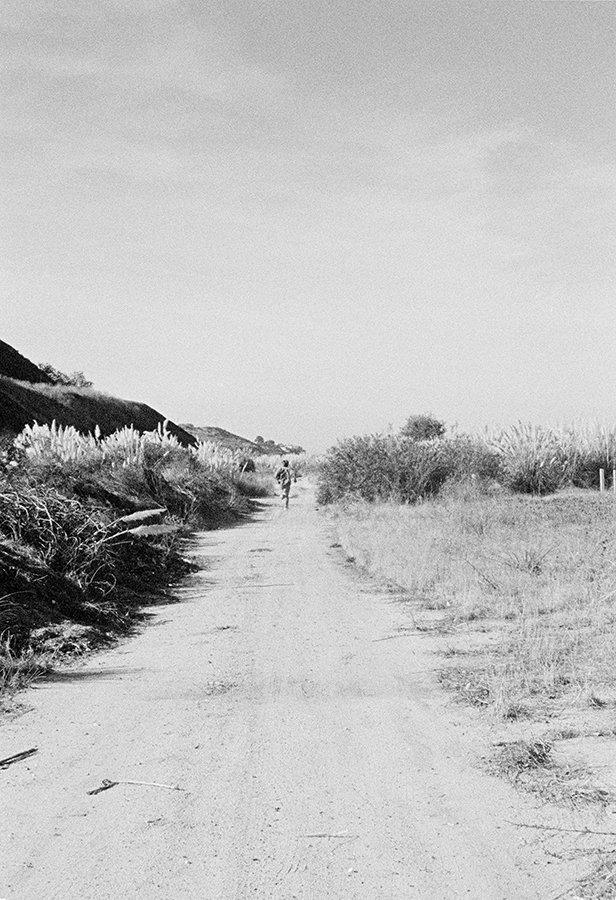 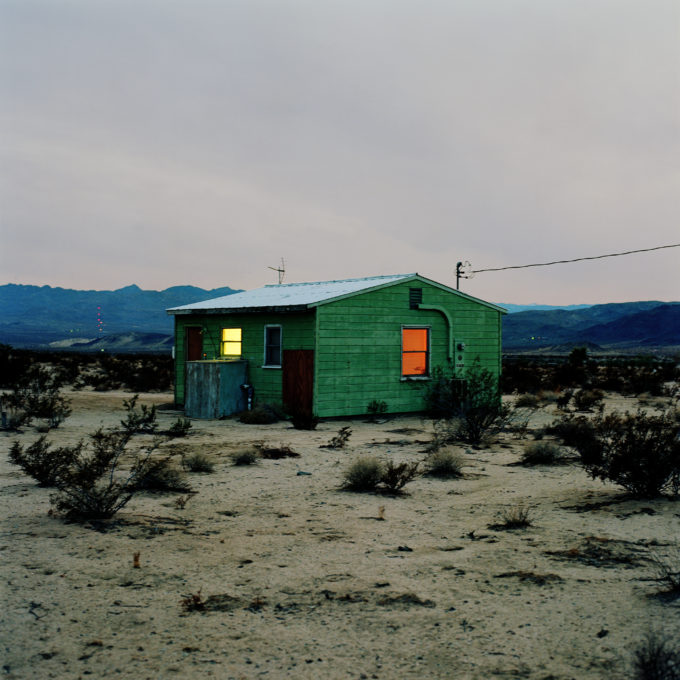 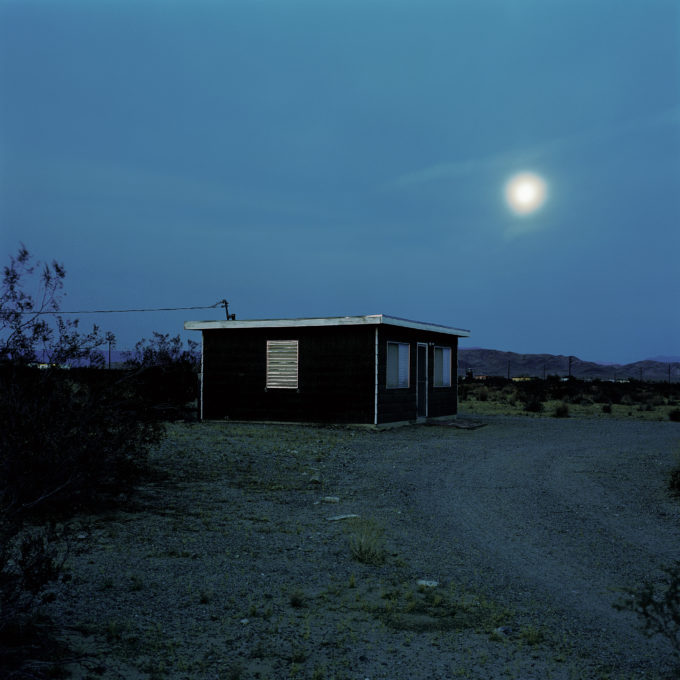 Spanning over 40 years, John Divola’s work has consistently questioned the limits of photography, interweaving sculpture, installation, and performance to highlight the inherent tensions within the medium. Divola’s imagery often examines the Southern Californian landscape, including urban Los Angeles or the nearby ocean, mountains, and desert. Initially inspired by Minimalist and Conceptual work while in college, which he accessed predominantly through photographic reproductions, Divola was one of the first artists to highlight the role of photography in mediating our experience of the world and our surroundings.

Between 1973 and 1975, without a studio of his own, Divola travelled across Los Angeles in search of dilapidated properties in which to make photographs. Armed with a camera, spray paint, string and cardboard, Divola vandalized vacant homes with abstract constellations of graffiti-like marks, ritualistic configurations of string hooked to pins, and torn arrangements of card, before cataloguing the results. Entitled Vandalism Series, this early body of work informed the trajectory of Divola’s career, in which he deliberately blurs the boundaries between reality and artifice.

Over the course of his career, Divola has produced many similar projects involving an extended engagement with a particular site over time. In a more recent series, George Air Force Base (2015-2020), Divola photographed the abandoned housing area at the decommissioned George Air Force Base in Victorville, California. We are shown scenes of dereliction – crumbling walls revealing layers of paint and plaster, in which Divola’s gestural interventions in the form of painted shapes offer a surprising contrast. Here, Divola captures the tension between the observation of the specific and the insistence of the abstract.