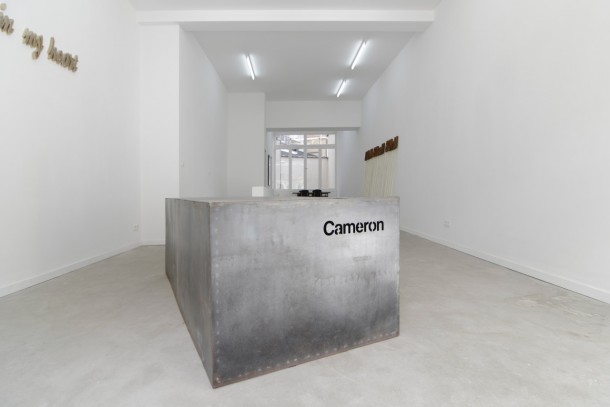 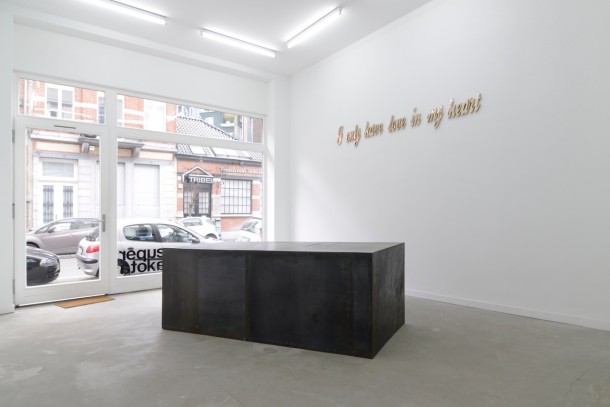 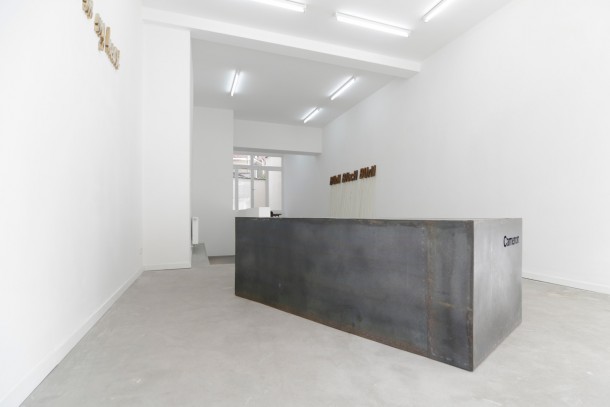 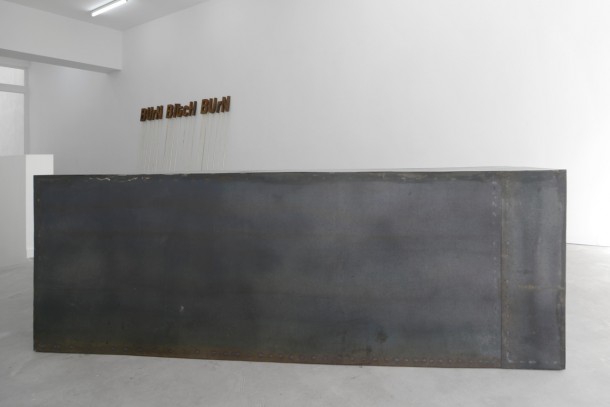 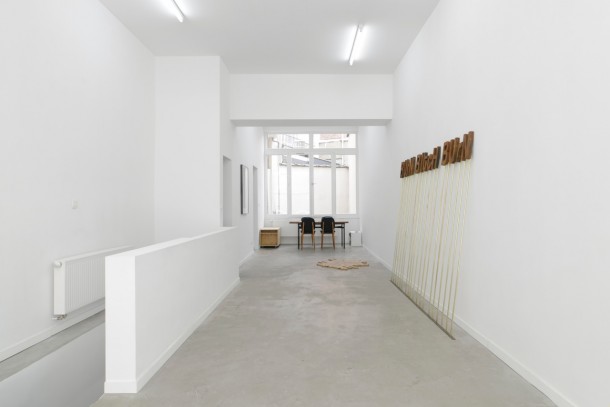 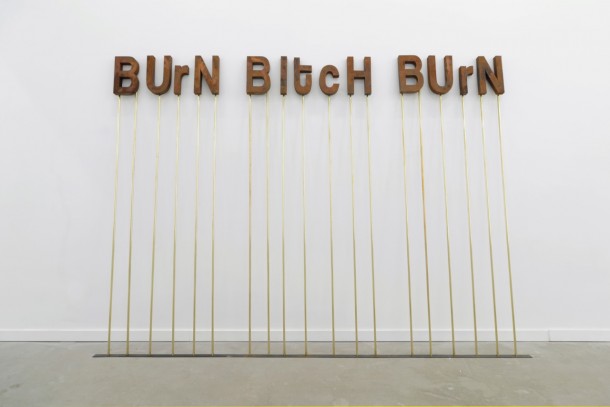 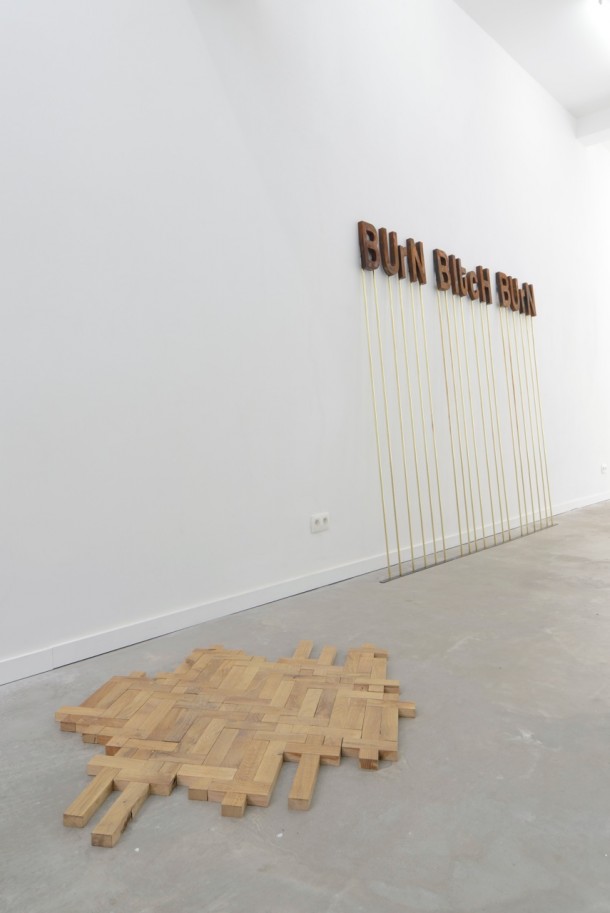 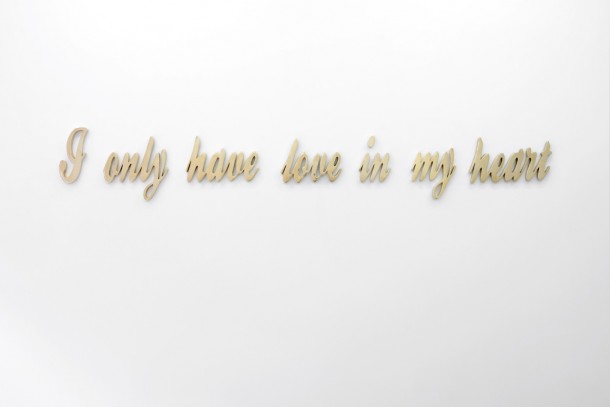 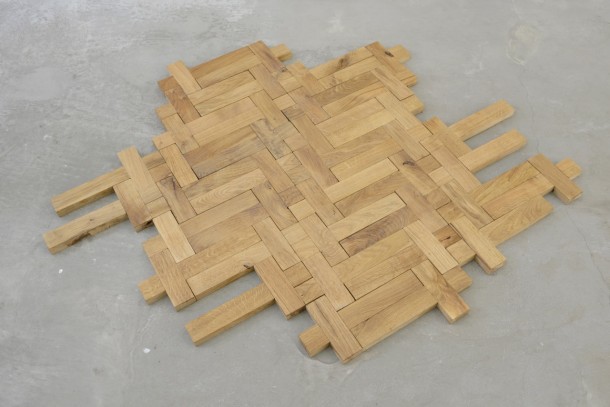 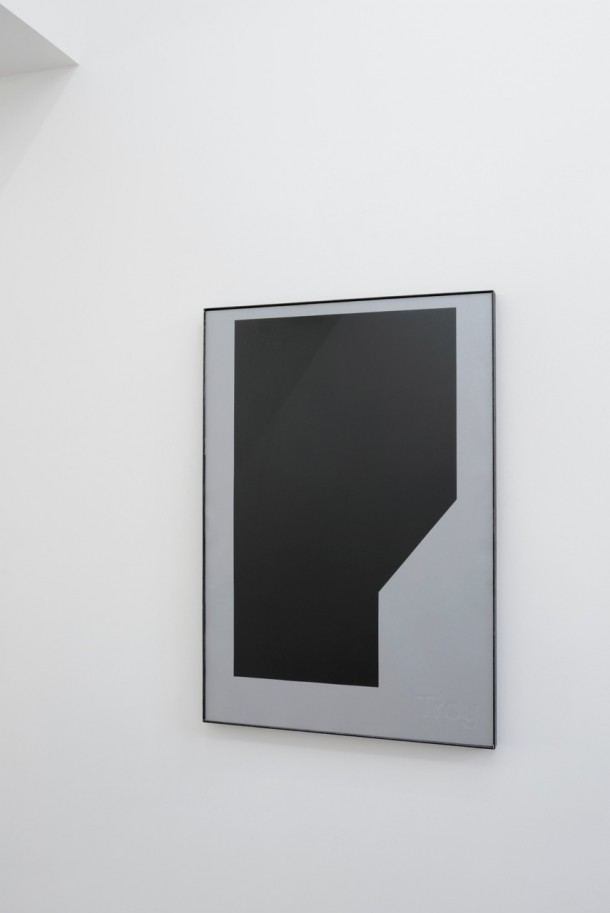 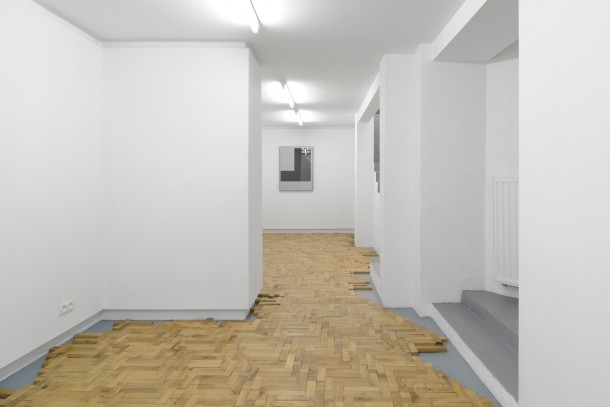 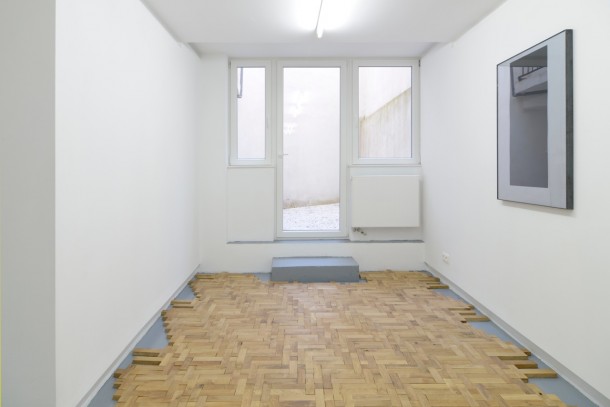 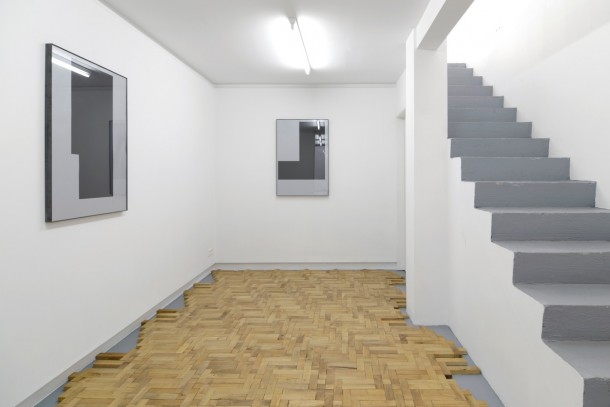 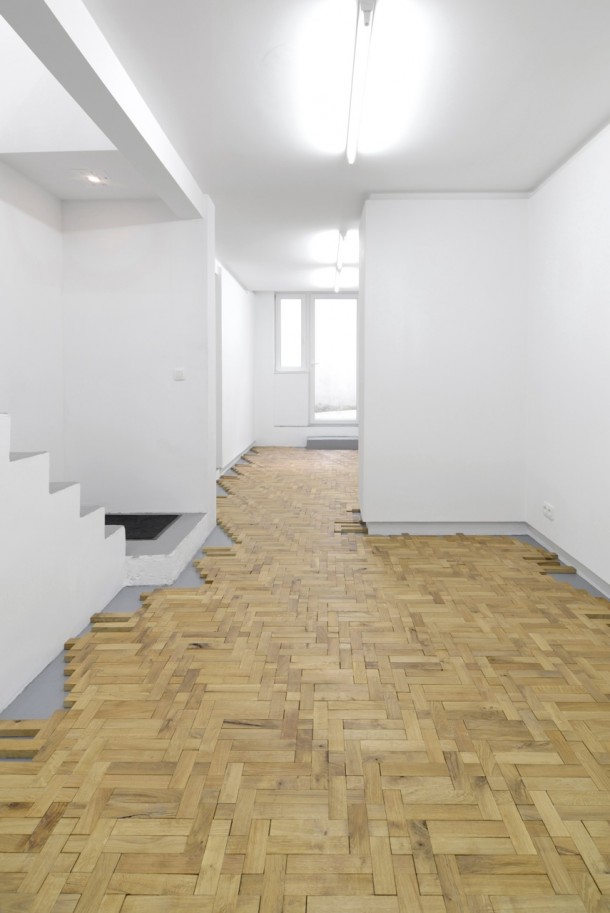 Super Dakota is pleased to present the first solo exhibition of Sarah Derat in Brussels. See Something, Say Something, the evocative title acts as a provocation and manages to summarize the complexity of the work of the artist. Derat’s work is deeply social and centres on topics such as justice, the prison system, and a general sense of troubled human nature. The artist’s sculptures and installations oscillate continuously between the desire for the sublimation of the harsh realties of institutionalized retribution, and factual representation through the history and narrative of the work. The skilfulness of the artist resides in that sensitive balance.

Derat’s work cultivates a constant double meaning between the apparent beauty of the pieces, their fabrication, and their meanings. The meaning often becomes revealed through the title, which the artist describes as “a lever to the understanding of the work”.

“With the weight and the difficulty of the subjects I choose to address, such as the last words of American convicts in Near Death Experience [..], it is necessary to find an appropriate aesthetic language. Talking about violence in an aggressive manner would not work. I think it would completely annihilate the point. Instead, the fabrication of the pieces, the choice of materials, their delicate manufacturing, draws the viewer in more easily. It’s a bit like a smoke screen. The viewer is able to uncover and experience the disenchantment through the second degree of interpretation”. (1)

The viewer has a central role in See Something, Say Something, the exhibition elicits them to be faced with an existential reflexion torn between good and evil. Derat questions our behaviour towards our fellow human beings, she questions our reactions in the face of injustice or horror, revealing our weaknesses. Burn Bitch Burn, consists of acid corroded steel, it gives form to our reactions to atrocity and highlights the violence inherent in our human condition, our animality. The phrase takes its origins from a sentence extracted from a series of comments from YouTube videos that the artist has compiled for several years, and is revealed to be the scene of a sad human comedy where anonymity allows the public to openly express notions of anger and violence.

Language is an integral part of Derat’s work. From Kosuth, to Baldessari, through to Weiner, language plays an integral part in the history of art and the young artist demonstrates her understanding of this heritage. The weight of words, linked to a subtle choice of materials provides strength and elegance to pieces with deep meaning and full of emotion. Whether bronze, which is used to monumentalize the subject, or steel, nothing is left to chance and these decisions remain bound to the semantics. The result appears to us as both troubling and poetic.

Derat pays particular attention to the mise en scene of the works, playing with the viewer and their sensory perceptions. The Aberration of Light, wooden parquet floor proves to be composed of interwoven crosses. Object of worship, torture, emblem, or sacred icon, the cross exalts a historical weight and resonates a sense of our values, rituals and other traditions. Here it is transformed into an hypnotic surface on which we are invited to walk, and to first experience the physical confusion which relates not only to our spatial apprehension, analogous to the reverence of the cross.

“Despite these elaborate stagings, the dramatic effect of the work is never an end in and of itself, the artist preferrers to oppose the dramatic nature with a subtle poetry, personal and sincere, which often arises as ironic, offbeat, or melancholic. The works is about our world, our obsessions, our unspoken dreams, our wounds and our own faults. “(2)

Cameron, an emblematic sculpture, is a catalyst for the obsessions of the artist, a pain too large that spreads like a steel leviathan with its minimal aesthetic. The letters of the name are carved into the mass, inviting you to discover the belly of the beast that is none other than the entirety of the living space of the cell that Cameron is held in on death row in the United States. A space too small, which leaves too little room for imagination. The prints that complete the exhibition relate to similar pieces of the series and through their dark shapes they recall the miserable condition of confinement.

The works of Sarah Derat are inspired from various “fait divers” spread throughout our media, she magnifies them, combining softness and firmness. Somewhere between Richard Serra and Louise Bourgeois, Gonzales Torres, and Taryn Simon, the artist has created a voice that deserves to be heard, not only for the subjects it addresses, but also for the beauty that emerges.

Sarah Derat is a French artist born in 1984 and graduated from the Ecole National Supérieure des Beaux Arts de Paris. 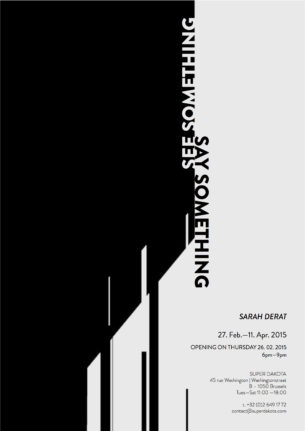