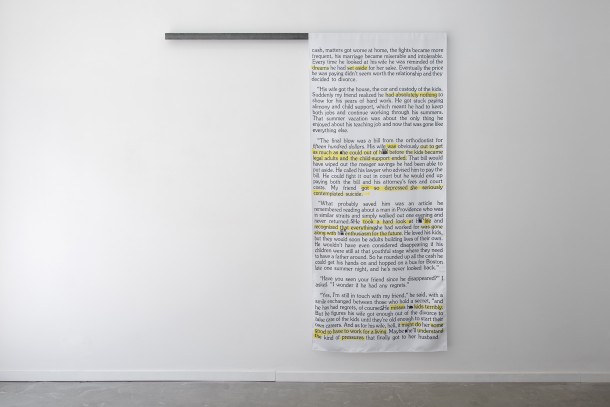 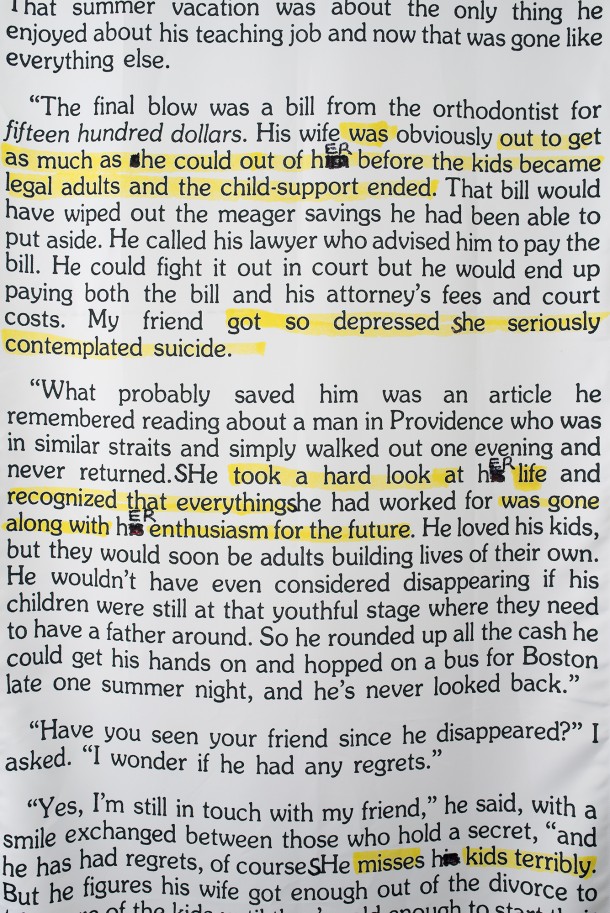 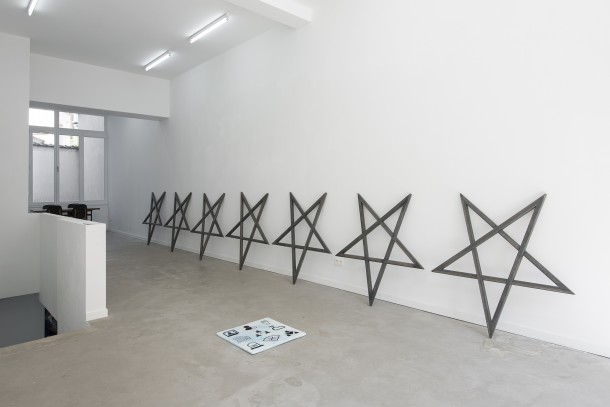 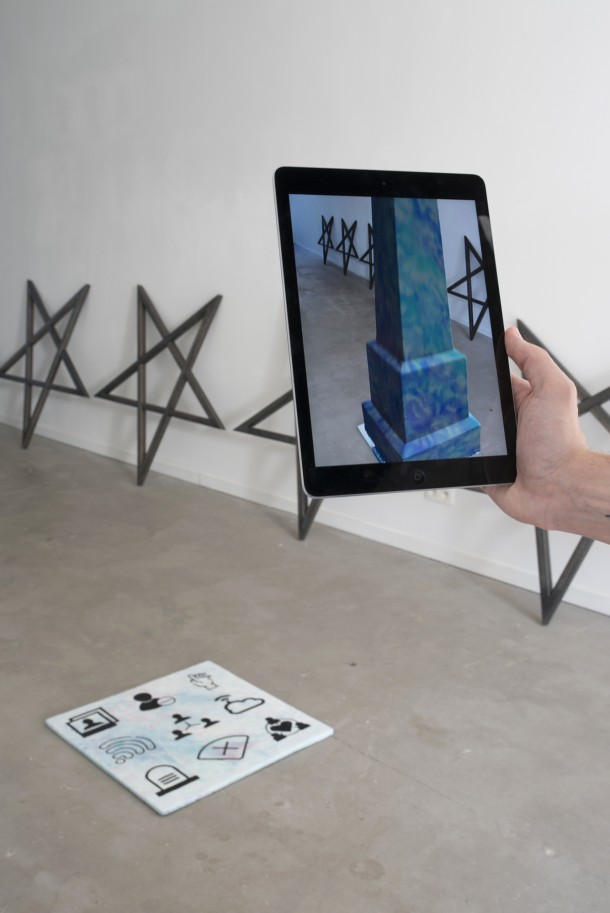 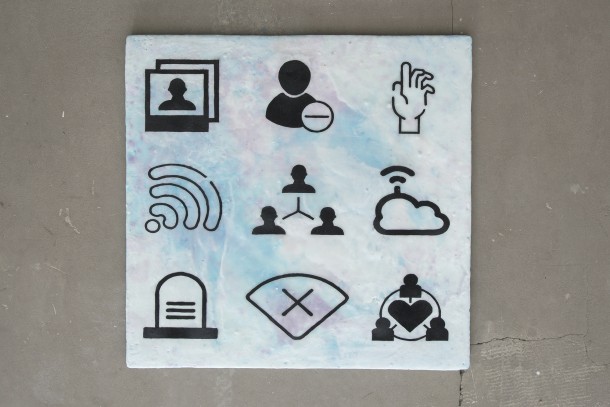 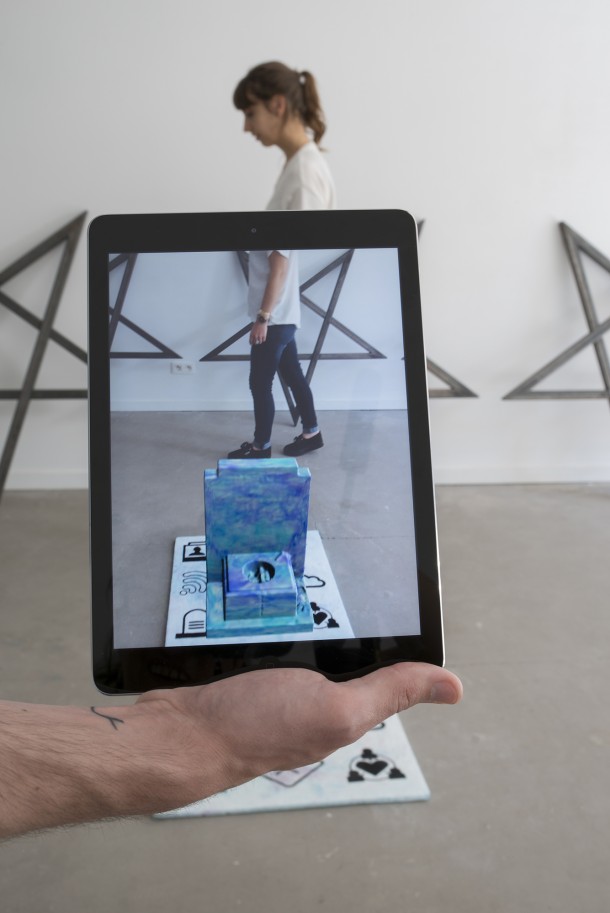 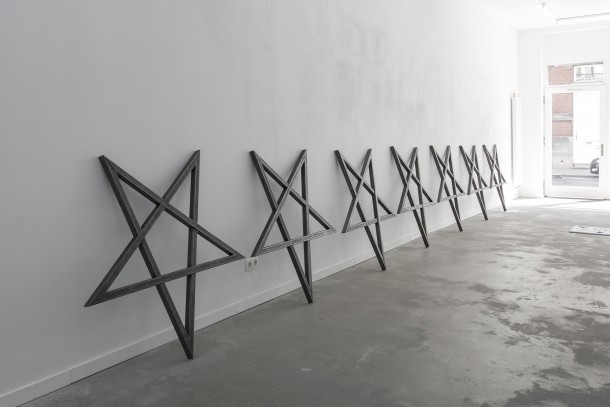 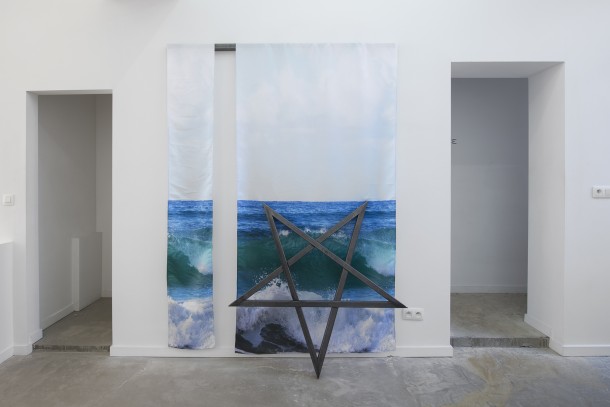 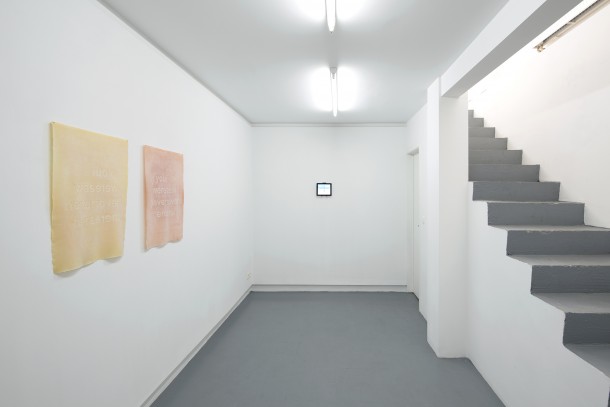 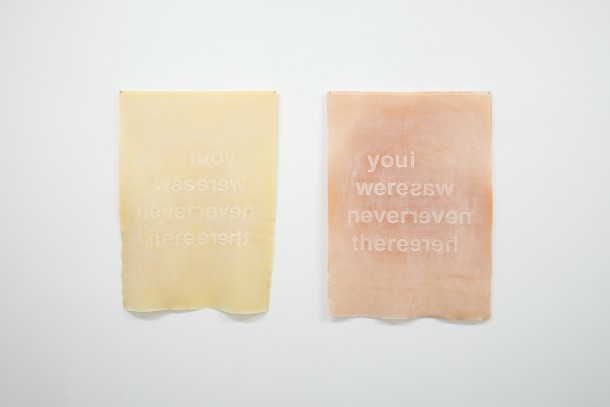 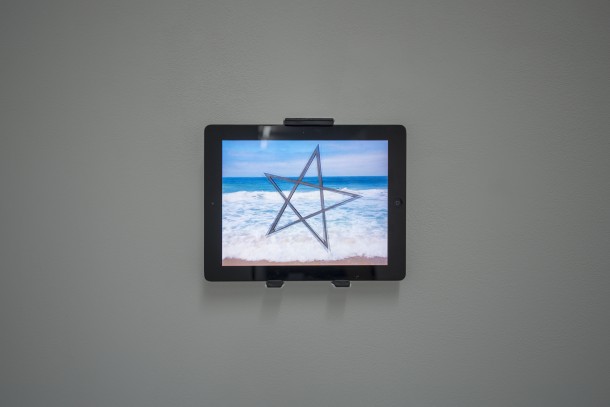 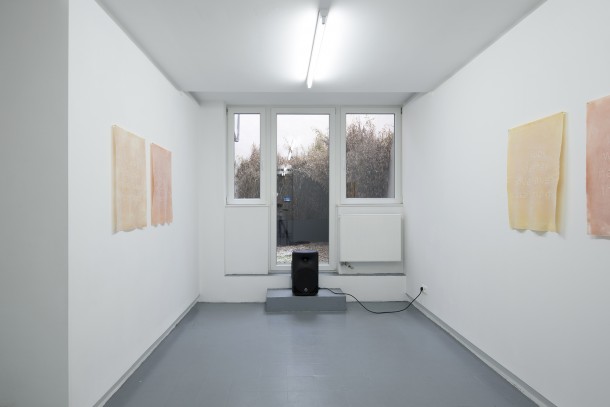 Across different materials such as steel, latex, fabric, Sarah Derat’s sculptural practice finds its continuity in the use of sound or Augmented Reality. Works converse to each other, carrying the recurring image of the sea, the wave; an endless flow of words, sounds, bodies that conceptually and formally flood the show.

From The Disappearee – a fabric and steel wall-work showing a blown-up page from the technologically obsolete manual How to Disappear Completely and Never Be Found annotated by an anonymous reader – to a sound piece about Derat’s recurring dreams told by a synthesised version of her voice, Dangerous Currents layers intertwined narratives, whose authors identity remain elusive.
This recurring sensation of anonymity strikes a chord in our desire and capacity to be, be here/there/for oneself/ for others in the present time and remain for ever. Each works contain at its core the aporetic nature of relationships, and our desire to see them last.

Digital & Dead, an AR work in collaboration with Canadian artist Rachel McRae, continues the thematic exploration of the digital legacy, the digital footprint we naively leave behind through daily use of social media. Each of us has or will experience the death of a ‘friend’ on social platforms; her/his zombified profile kept alive and engaging through the use of complex algorithms.

Dangerous Currents exhibited works at Super Dakota endlessly oscillates between the recollection of a traumatic instant and the repetitive nature of relationships, of life itself. Somewhere in these works lies a call to brace yourself before the underlying tide you never fully get to see, a distant warning recalling Derat’s experience of being swept at sea, nearly drowning on a sunny day of September 2016.

“ …Google says that to dream that a plane crashes signifies that I have set overly high and unrealistic goals for myself. That I am in danger of having those goals come crashing down. Alternatively, the crashing airplane represents my lack of confidence, self defeating attitude and self doubt.
Top search number 7 says, it is better to morally prepare myself to the fact that in a difficult situation nobody will help me. That I should be sure not to leave things to take their own course, I have to control everything by myself – that is what such a dream wants to tell me.
When I see a plane or its deplorable consequences in a dream, this means that it is not a good time to rely on other people. No matter how competent and reliable my new partners seem to be, my plans are doomed to failure with them.
Top search number 7 also says that there is a widespread interpretation of a flight accident dream : a plane crash that happened in a dream will never happen in a real life. But unfortunately, top search number 7 is not sure it is true…”
Excerpt from transcript of Song 5191, Sarah Derat, 2017 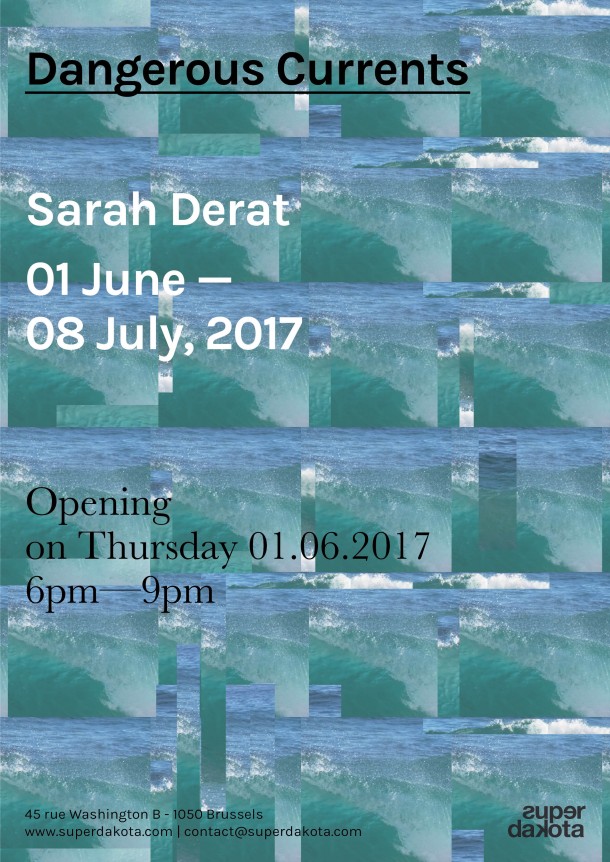