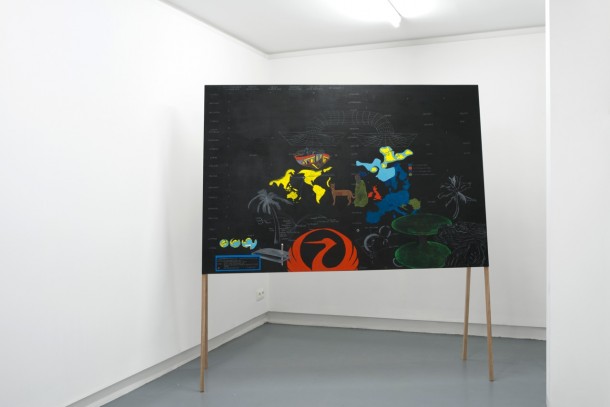 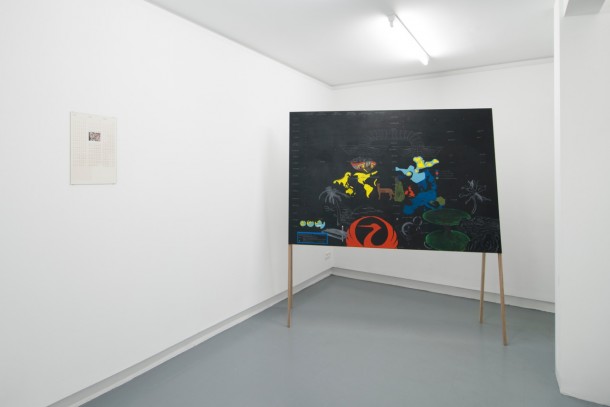 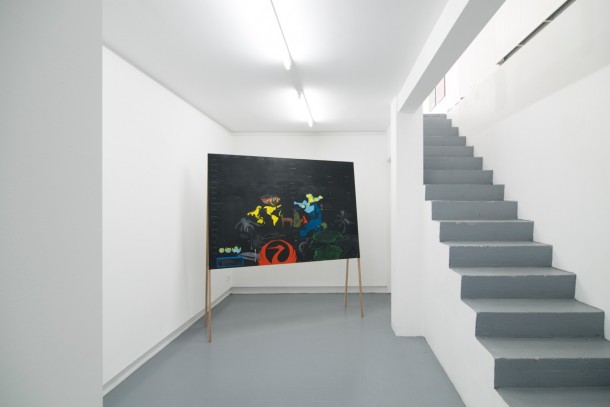 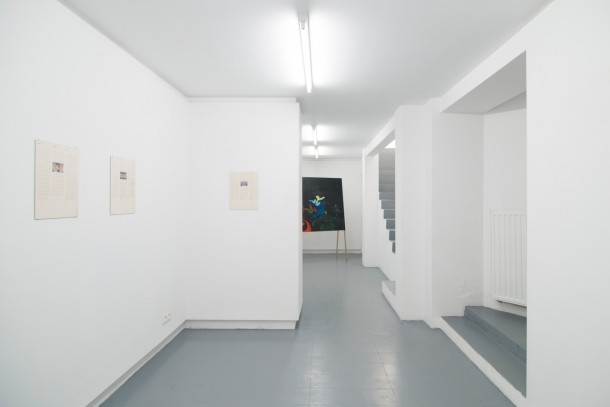 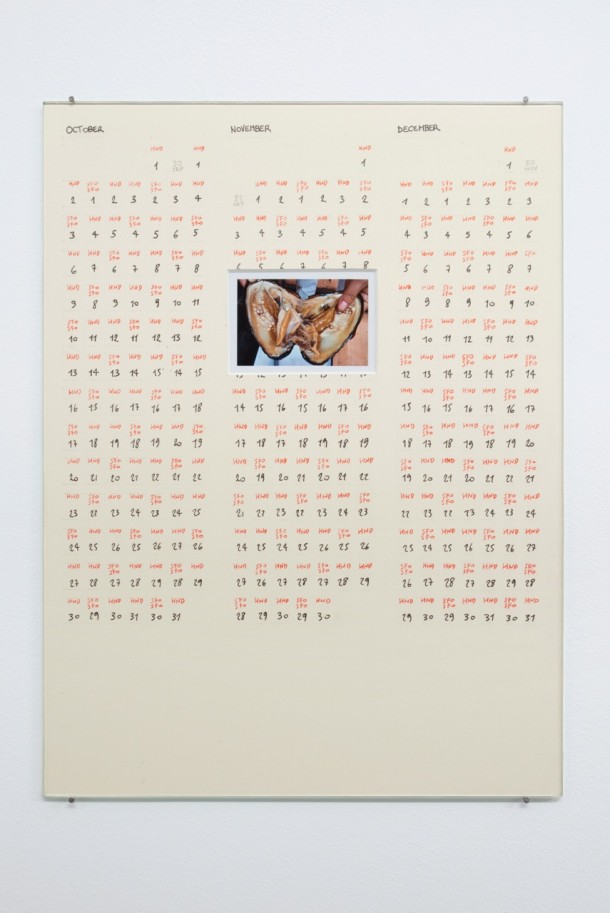 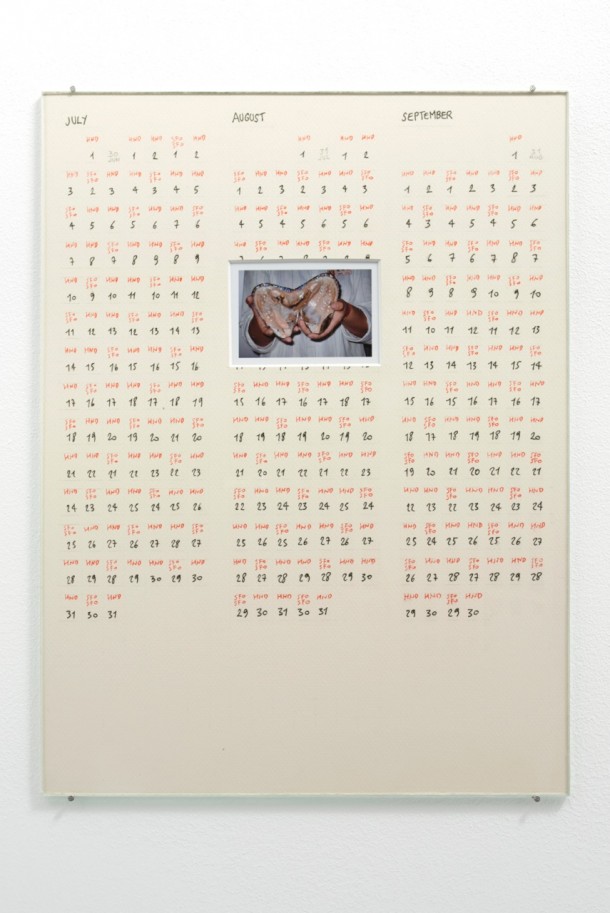 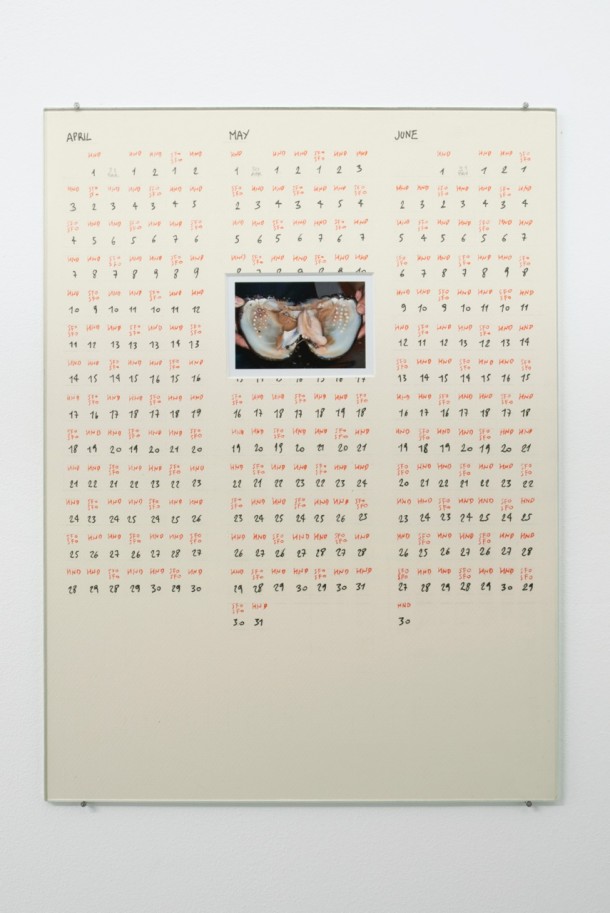 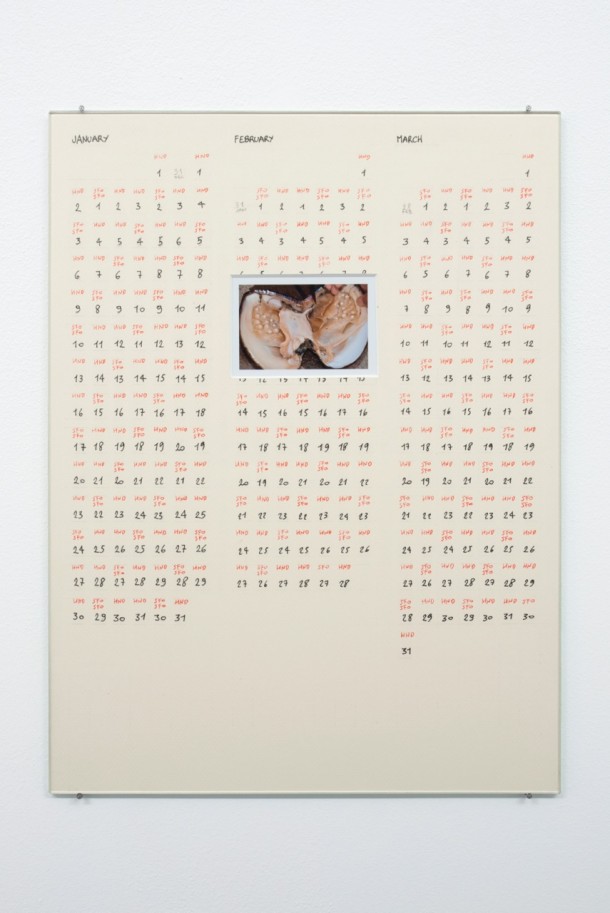 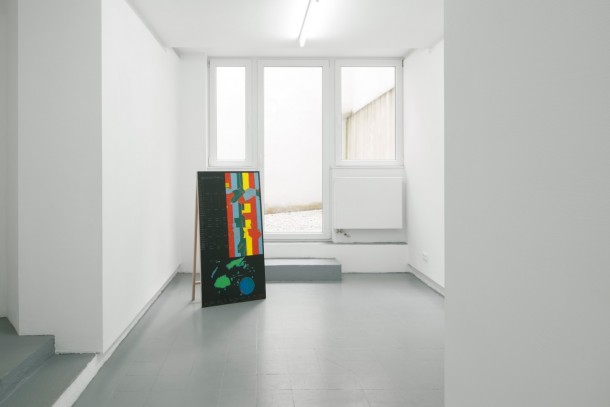 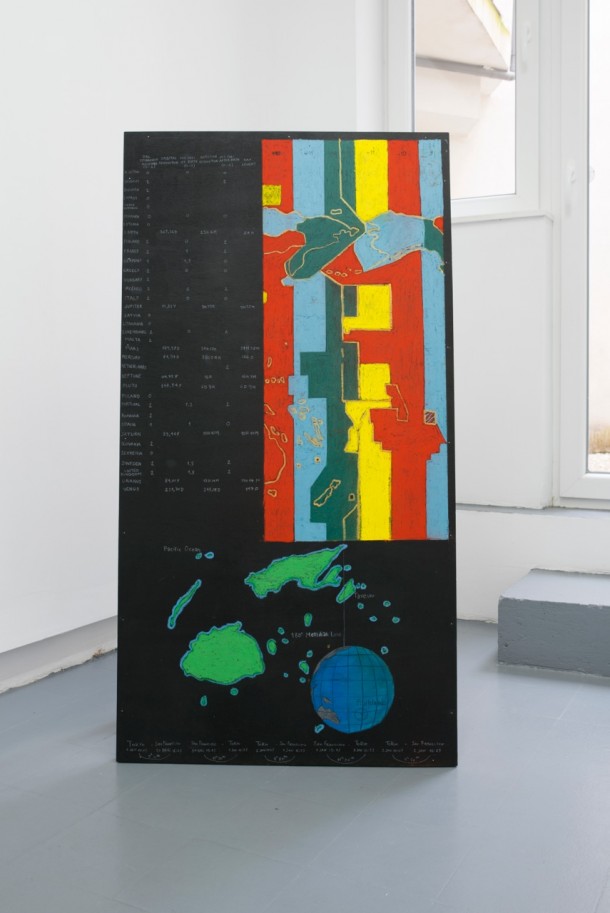 Through flight, one moves to the east and arrives in the west, crossing an invisible barrier and is hurled into the past.

For her first solo exhibition at Super Dakota, Raffaella Crispino presents a collection of works from her research-based practice analyzing the man made constructs that define societal functions and failings of time. A whimsical play takes place within the loopholes presented to the artist in her research, as an island exists within two simultaneous days, wormholes become opened, and an airplane becomes a vehicle facilitating travel (through time).

There is a freely followed idea threaded throughout these notions – travelling in time:

The mapping of stars and satellite planets in order to find one’s own longitude and one’s own place while existing in transit between airports without visa or citizenship becomes an exploration of movement and place, facilitated by human intervention in the conception and conventions of longitude, time zones, and borders. These arbitrary human conventions have become engrained in our cultural consciousness and are accepted as fact, but become slowly revealed as fabrications when juxtaposed with their counterparts from the past, including a magical powder of sympathy wherein dogs would be used to aid in the calculation of time and place on ships on the open ocean. These structures and conventions share related histories that weave in and out of one another, creating further systems upon themselves feeding into notions of citizenship, temporality, and place.

Imagery of shellfish and tokens of an island paradise are presented alongside absurdist astral charts and a researcher’s blackboard ramblings, bringing an heir of disconnect between this broad subject matter, but these ideas are placed on the same level reality with their disconnections acknowledged, but at the same time allowed to affect each other. This tenuous balance echoes our societal understandings and connections with temporality, spaciality, and culture. 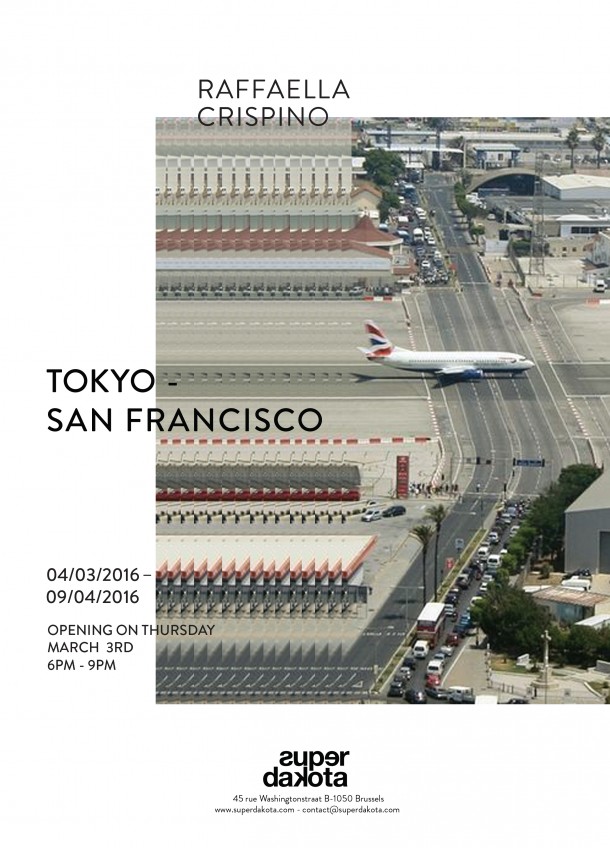