— Exhibitions
Max Pinckers Supplementing the Pause with a Distraction 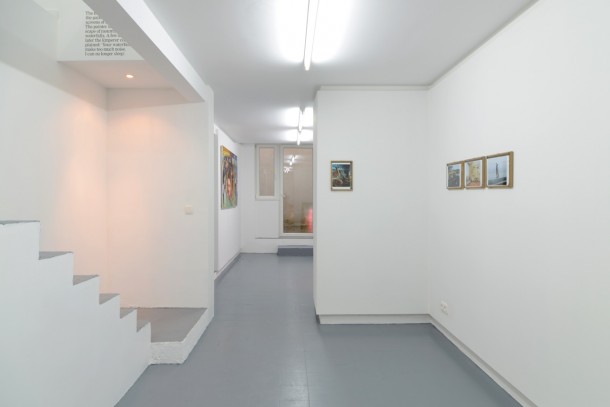 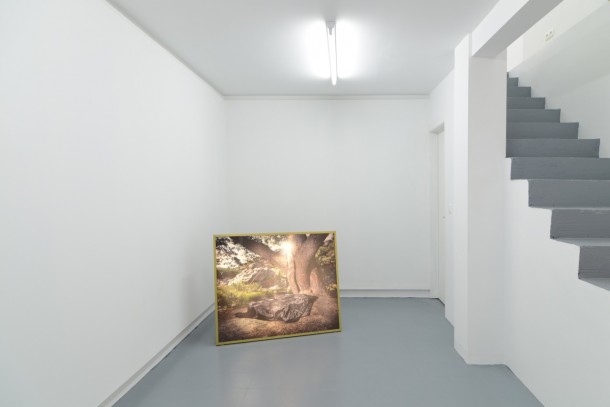 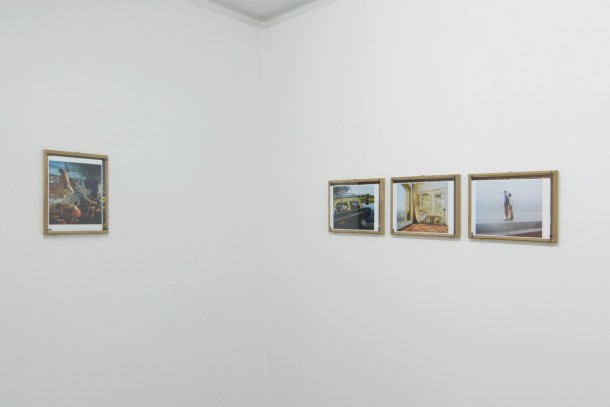 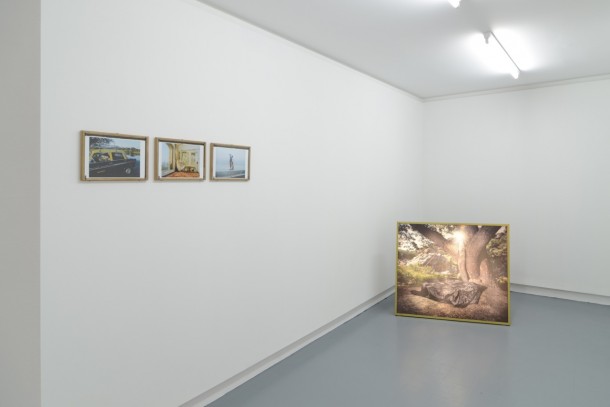 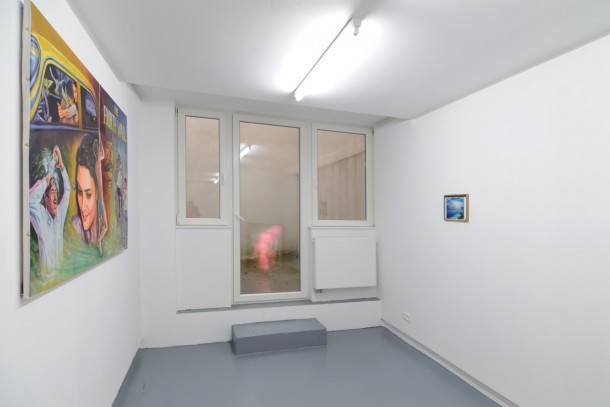 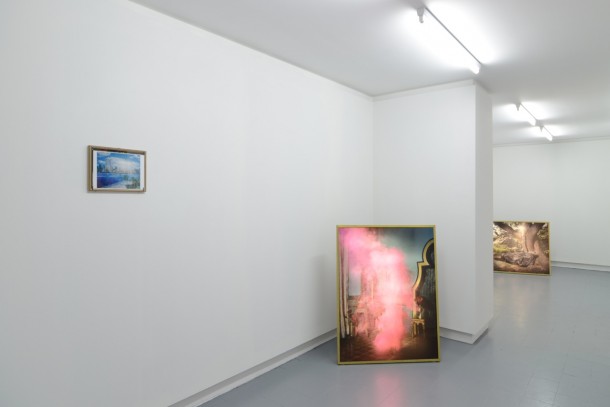 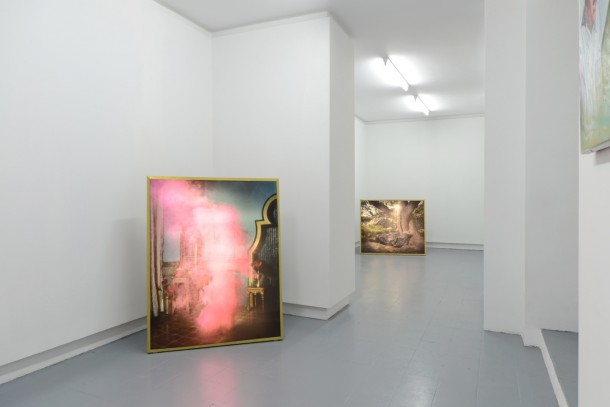 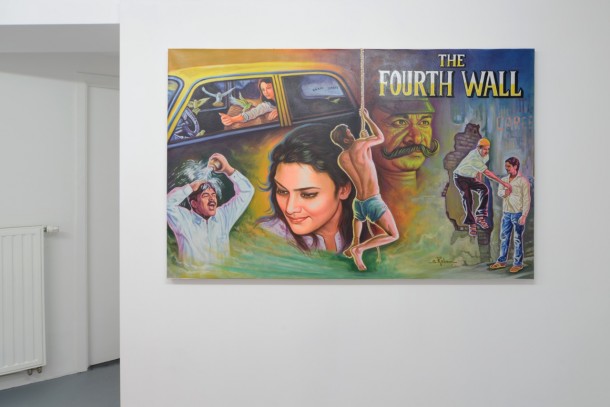 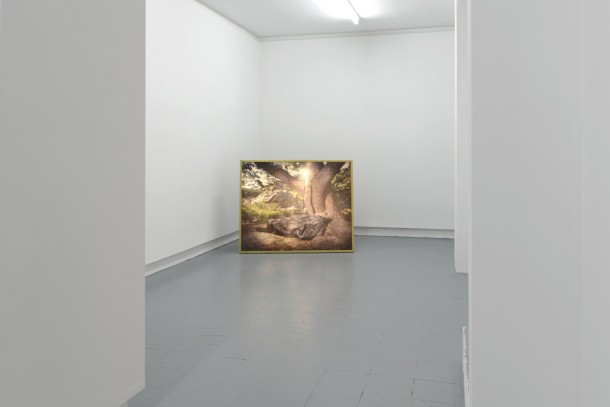 Max Pinckers is a young photographer born in 1988 in Brussels. He distorts the tradition of documentary photography to exploit both the paradoxes and limits of the genre. A remarkable sense of discipline and reflection is apparent in his choice of subject matter, his manipulation of photographic conventions, and his treatment of images. After his first se- ries, realized with another student from the Royal Academy of Fine Arts of Ghent about Thai transvestites, he began his project The Fourth Wall in 2012 during a residency in Bombay. Fantasy, in all its forms, seems to be a recurring subject in his work.

The Fourth Wall, originating from a self-published book, takes an inverse portrait of the city through a reimagination of its inhabitants. It is comprised of highly detailed photographs, found images, and diverse texts (quotations, local news articles, extracts from stories, film scripts), whose diversity creates confusion between the nature of the images and their respective sources.

All the photographs were realized with ordinary people encountered in public spaces, to whom Pinckers proposes a reen- actments of segments taken from popular films or televised series of their choice. The strangers play along with curious delight while Pinckers photographs their performance with technical sophistication. While the lighting is staged with care and the framing precise, he leaves traces of the image’s stage-like quality, unveiling the fictive nature of the frame. Other pictures are reconstructions based on the texts cited above or other relevant found images.

Pinckers paints an image far from the glorified idea peddled by the West of an India in full economic boom, obediently conforming to the exuberant exoticism of certain Bollywood productions. Instead, he offers, subtlety and almost ingenu- ously, a social reality of a darker and more radical nation in his seemingly joyful photographs.
Yet a darker side is inherent in his work through his tragic scenes littered with murder, disillusion, suicide, and great poverty. But the pictorial quality and the theatricality of his work, as well as the enthusiasm of his local “extras” offset the grimness of the photographs to create a fascinating ambivalence.
Also latent is a form of violence that is common in his work: the industrial production of signs, from television, cinema, as well the press, that instill in the minds of individuals values that are misplaced. Even if the the scenes proposed are absurd and comical, the confusion suggested by the artist between the real and the spectacle sometimes force individu- als to commit tragic acts. This indeterminacy between the two realms is brought to the fore by the Fourth Wall.

Oscillating between reality and fiction, between the farcical and the tragic, Mix Pinckers plays the illusionist. Screens, curtains, and masses of coloured smoke that are so present in his works act as veils obscuring the real and its subse- quent representation.

A graduate of the Royal Academy of Fine Arts of Ghent, Max Pinckers is member of the group foundfootage.be, a platform promoting vernacular texts and image archival.

“The sleeper book of the year is Max Pinckers’ The Fourth Wall by this emerging young Belgian photographer. It is a very nice production, and this self-published book, on a charmingly cheap newsprint examines the idea of the Indian film world and the escapism of this, alongside a very good set of contemporary images. These two ideas are woven together with great skill and the book just seems to work very well.” – Martin Parr