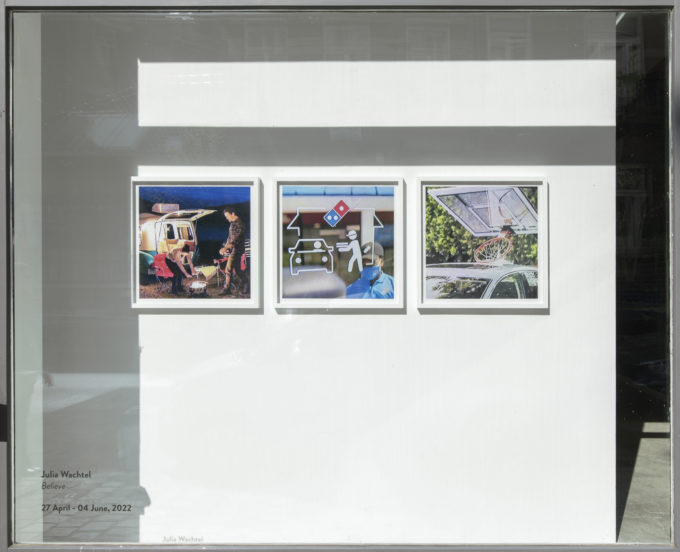 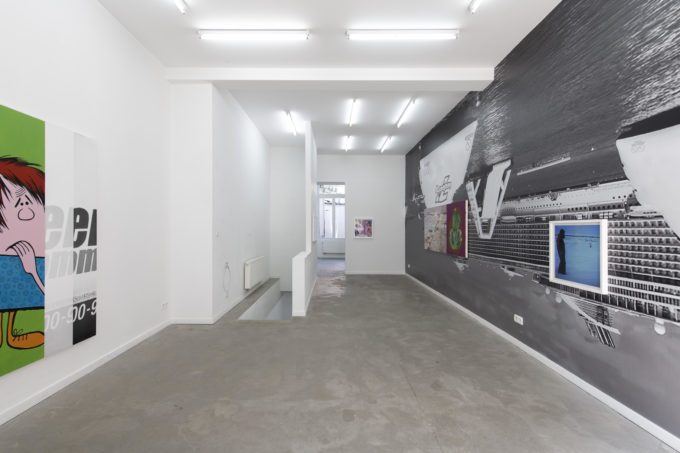 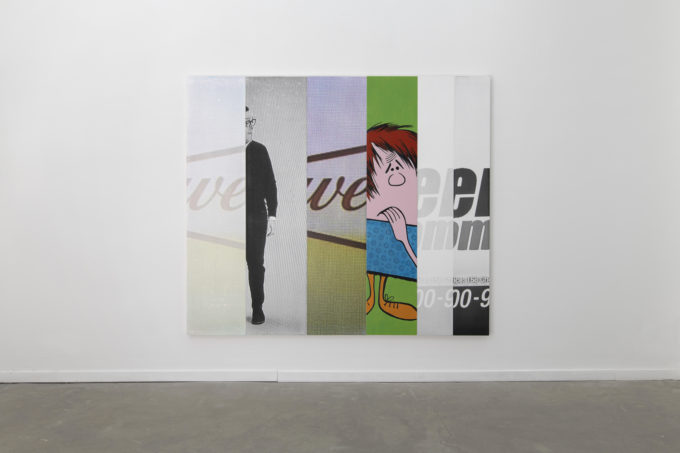 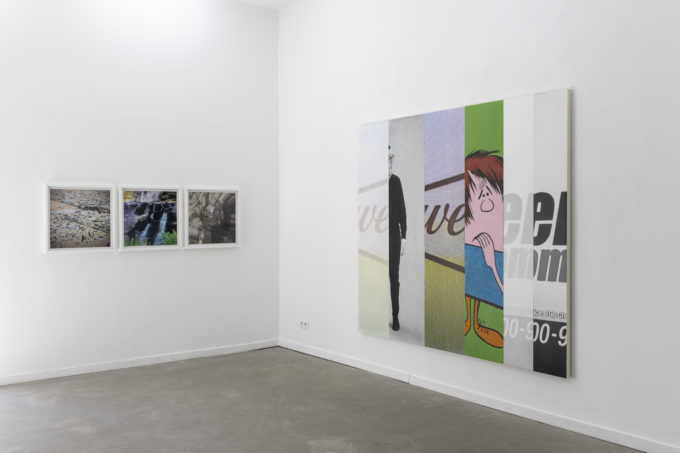 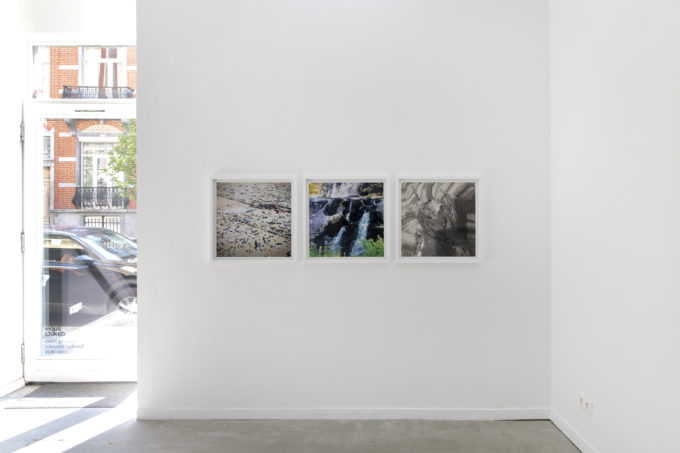 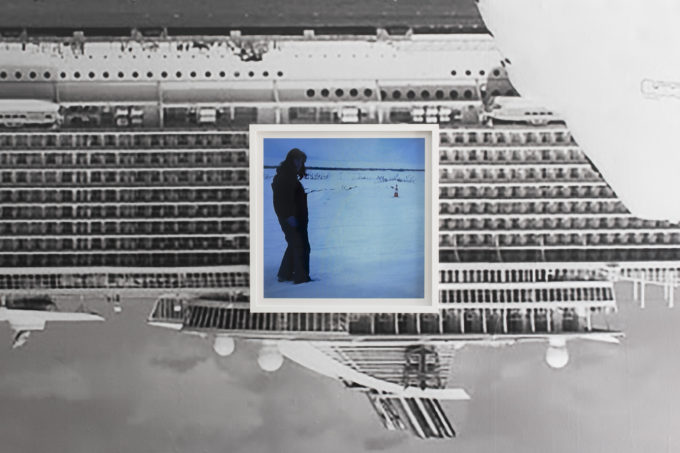 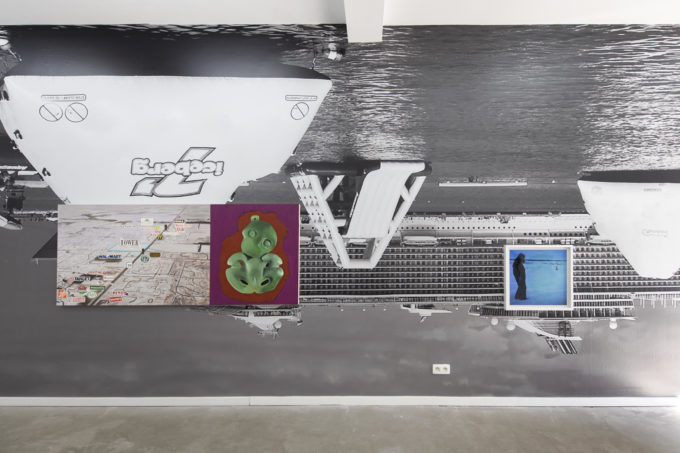 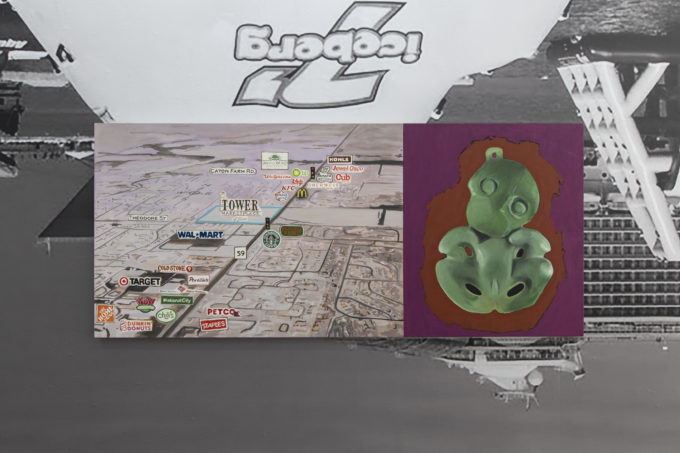 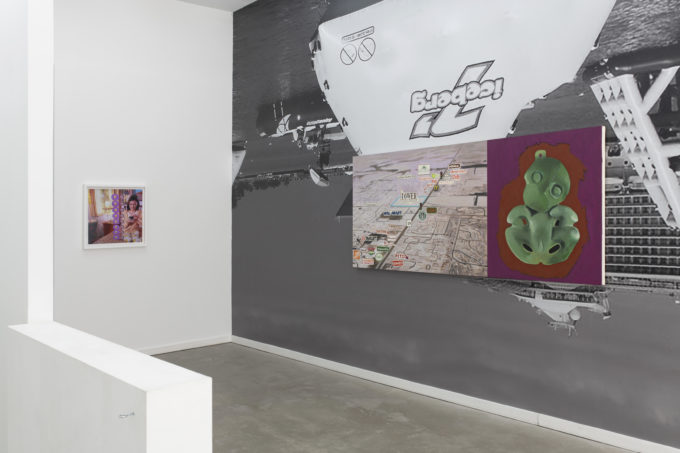 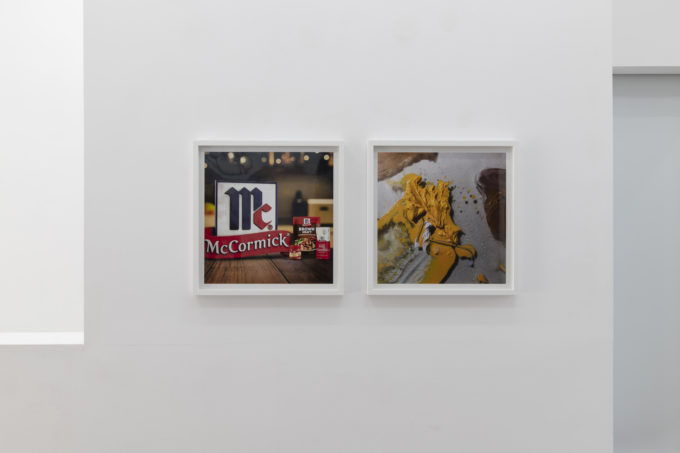 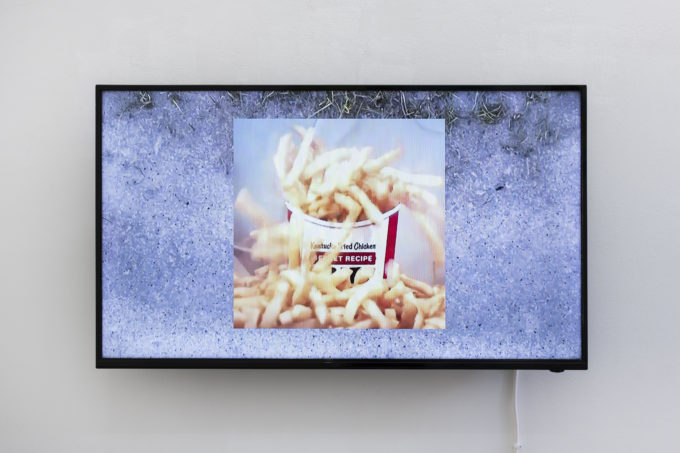 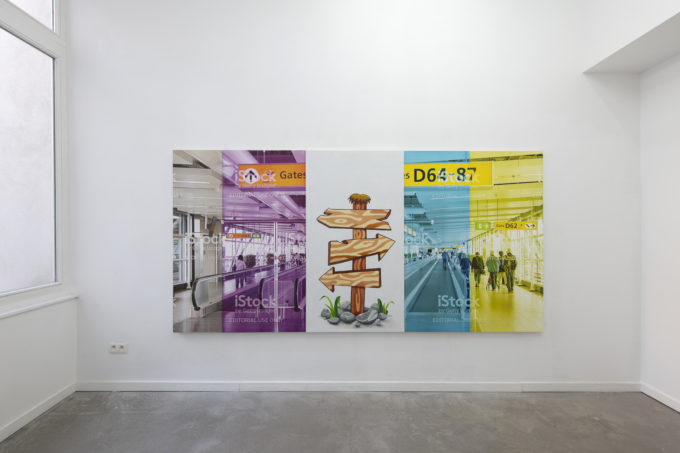 Super Dakota is proud to present Believe, Julia Wachtel’s second solo show at the gallery. The exhibition brings together for the first time, every aspect of Wachtel’s practice including paintings, photographs and videos.

A figure of the Picture Generation as well as the Infotainment movements, both from the gritty New York of the 80’s, Julia Wachtel demonstrates once again her deep understanding of the power of images. Using multiple tools, Wachtel captures, scans, and dissects our contemporary culture through the abundant flow of pictures which we are submerged with daily. Her methodology disregards the notion of hierarchy, perpetuating a new form of expression made of meta-representations, digital collages, and screenshots. As we consume images swiping left and right through endless screens online or offline, we force our puzzled brains to juxtapose singular narratives and try to find meanings through this compulsive ritual. In her work, Wachtel allows images a new disrupted space distant from their original contexts which compels the viewer to reevaluate the seeming neutrality and naturalness of this flow of information.

The exhibition’s title is borrowed from one of the videos in the show in which the word Believe hovers over a country scene where a man is walking his two dogs in golden light. What exactly we are to believe is not explained. That is precisely the lens through which we are to see the works in the exhibition. By renegotiating the meanings brought up by these new fabricated adjacencies, a psychological chasm appears, revealing an unstable world plagued with inequities, conflicts, and global crises. Thus, bringing the question: What world are we to believe in?

This confusion is heightened in the paintings. In wewe for example, a painted cartoon character looks out in dismay, stuck in between silkscreened Budweiser advertisings and a man in an unidentifiable tv space. The slicing and sequencing further mash up the text into an illegible gibberish, the result is more an abstract pictorial device rather than a conveyor of linguistic meaning. Wachtel continuously employs this method in her practice making it a trope, but what makes the works successful is her ability to connect with the viewer. As a matter of fact, we can all easily identify with the mystified cartoon among the staggering sum of information layered onto our screens.

In Airport, a large scale multi panel painting conceived during the pandemic, the visitor is presented with a long airport terminal passageway. The canvases are filled with directional signages and travelling passengers as well as stock image watermarks protecting the copyright of the original photo. Wachtel describes the effect as “informational overload, in a liminal space between unknown points”. In the middle hand painted panel, a cartoon sign post with arrows pointing in all directions, recalls the Looney Tunes era, comically pointing to extreme places such as Timbuktu and the Arctic in one single road sign. Here, there are no known destinations, no place to travel to, just hope and uncertainty.

The show also features a new series of 22” x 22” C-Print photographs dispersed throughout the gallery. Shot directly off the TV, these close-up views of corporate narratives are seemingly nonchalant and careless but once again demonstrates the artist’s ability to create new psychologized spaces of shared narratives. Similar to the silkscreened parts of most of her paintings, the photos are pixelated with distortions caused by moire patterns as the original images are disrupted out of the quotidian flow from which they came. This time, Wachtel allows us to build our own sequences reclaiming control of these narratives. The spinning of imagery is a constant in Wachtel’s practice. In this exhibition she expands it not only to the works but also to the space itself. A large black and white vinyl photo of a luxury cruise ship fills the entire wall of the main gallery. On the foreground of this behemoth, a series of giant iceberg plastic toys await for the passengers to play with. This would make for an interesting formal composition if the image wasn’t flipped upside down. In doing so, Wachtel denotes the absurdity of the scene from both an ecological and a social standpoint.

The artist doesn’t shy away from the debate. As a matter of fact, she even doubles down in the show, hanging a colourful oil painting on the vinyl entitled bp. The BP stands for British Petroleum, the colossal oil company, whose logo is featured on the canvas. The painting presents an aerial view of a flat layout with a highway bisecting the frame; and various logos for American national food and retail chains, such as Petco, Starbucks and KFC, are positioned around the road like stamps upon the landscape. This unconventional mapping is paired with a handcrafted jade artifact painted on the right side of the canvas. Its simple shape resembles the corporate logos, but screams its singularity, nonetheless. We are once again faced with the contradictions of this world with nothing else to do but to stare at it with nostalgic eyes.

In the end Believe might not bring us hope or guidance but certainly creates a space of exchange both formally and critically; and shows one more time that Julia Wachtel has her fingers on the pulse of it all.