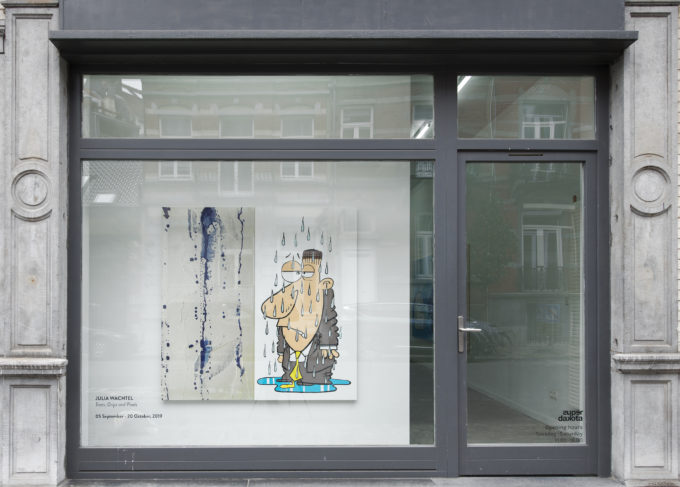 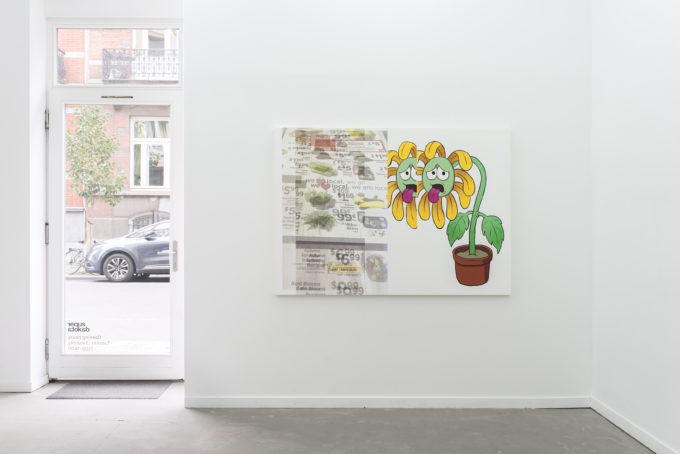 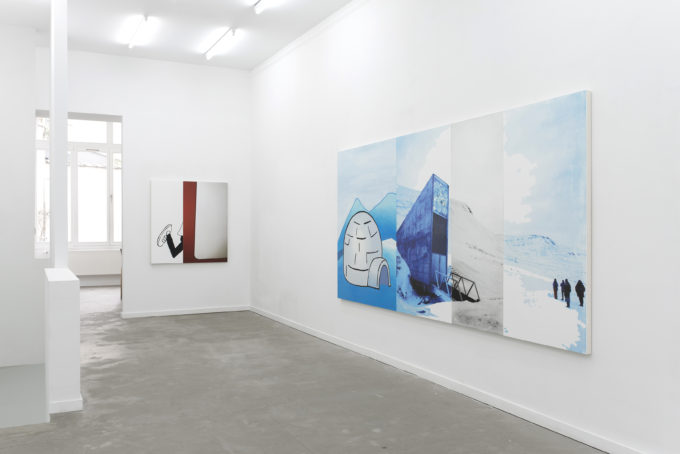 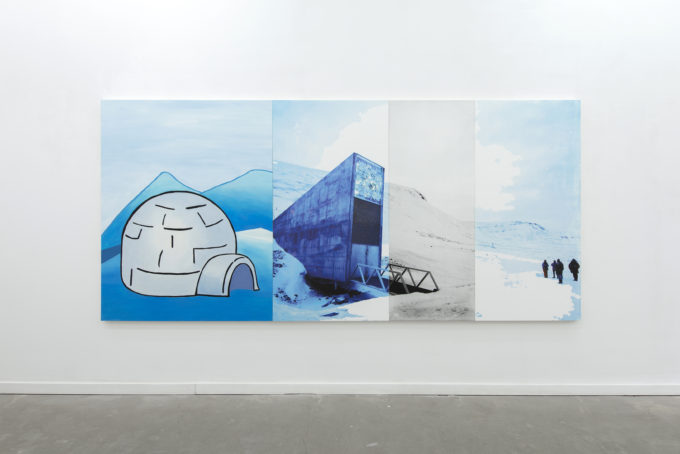 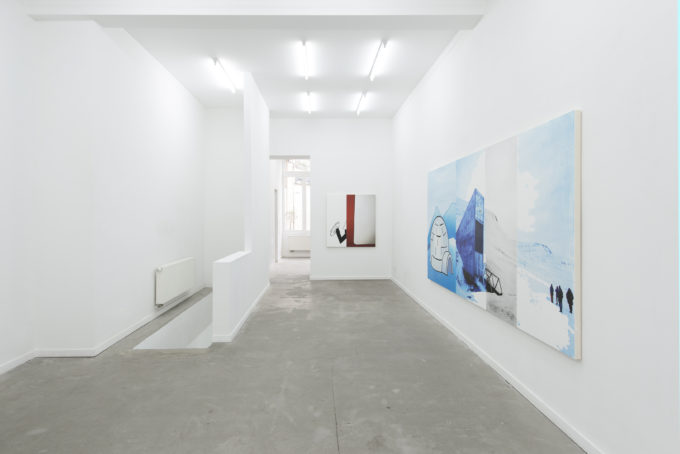 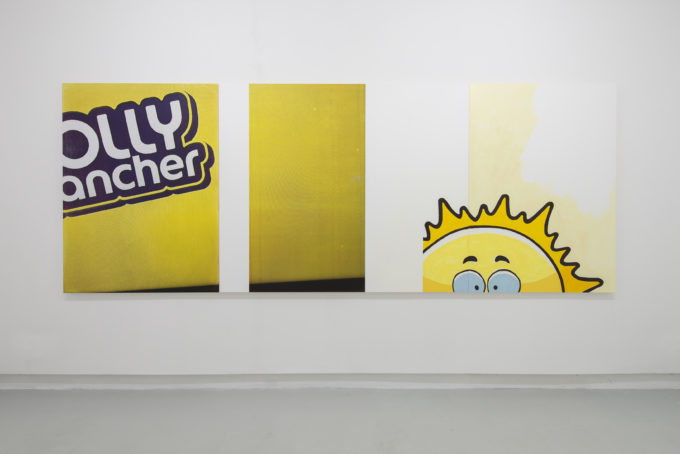 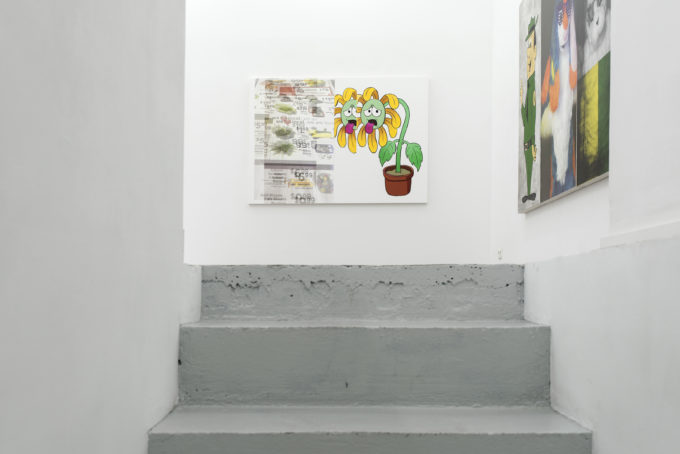 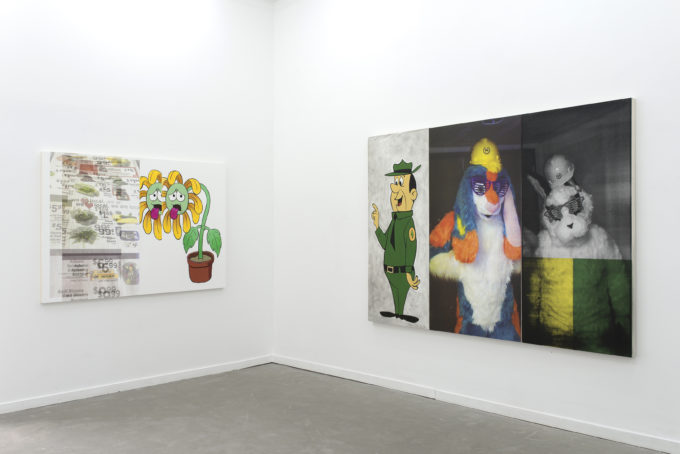 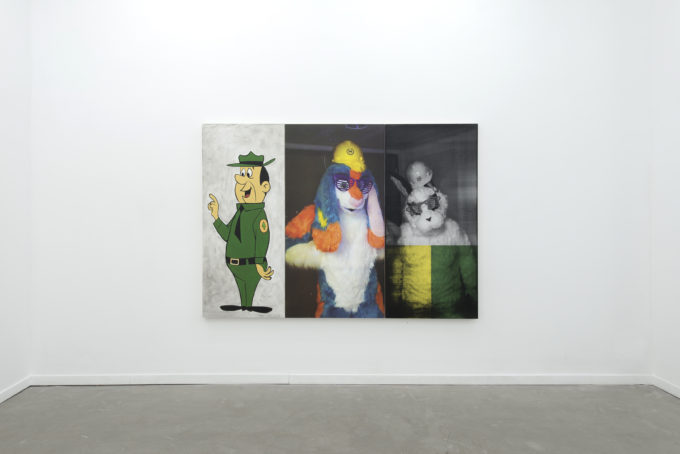 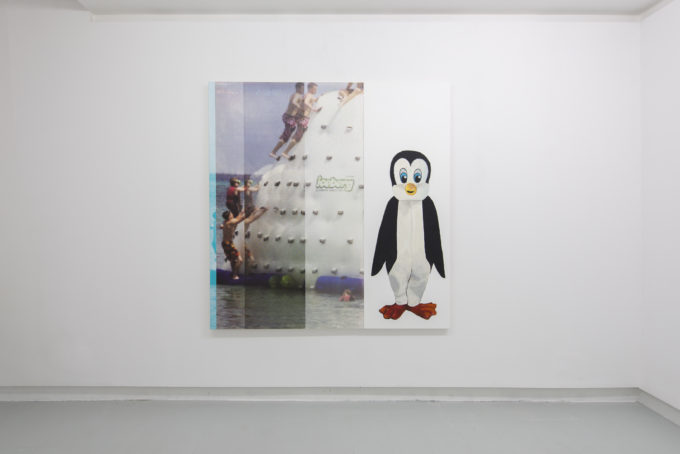 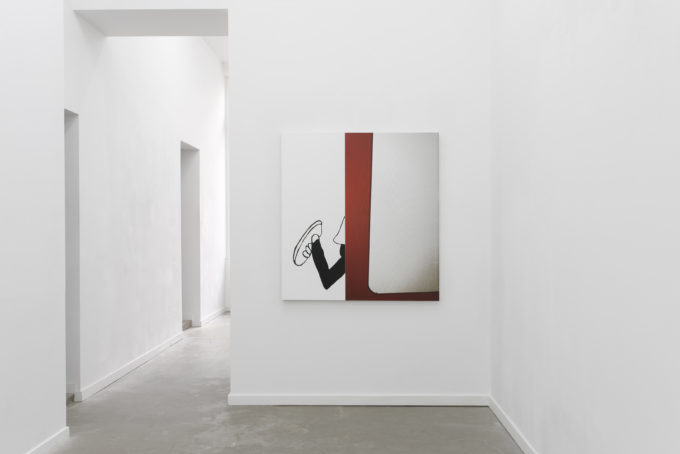 Super Dakota is delighted to present Tears, Drips and Pixels, Julia Wachtel’s first solo exhibition in Belgium. The show will feature a selection of new paintings spanning two floors of the gallery.
A figure of the Pictures Generation artists who emerged in early-1980’s New York, Wachtel started to juxtapose posters of movie stars, pin-up girls, political figures, pop music icons, as well as cartoon figures drawn from commercial greeting cards, folk art and archeology. Through her own use of characters and vocabulary she appropriates and distills images into concentrated paintings, shifting the original logic and proposing an examination of the emotional, political and aesthetic conditions of our visually dominated world.

Since 2011, her work has addressed substantial issues such as war and protest, politics as entertainment, corporate greed and environmental negligence, celebrity culture, and the vast space of the internet that is constantly replenishing images on a disorienting scale. Seen within this context, Wachtel has developed an individual visual language that grapples with the function and significance of images in modern society, embracing the so-called “decline of future”. In her oil and acrylic paintings Wachtel consistently presents an awareness of the dominance of images, their penetration into all areas of life, and the haziness of their interconnections.

In her new body of work, Julia Wachtel addresses various subject matters, from global warming to consumer society and the impact of acceleration, as well as the increasing importance of visual media in modern communications and the inability to differentiate between sign and reality. Combining critical and humorous spectacle, Wachtel chooses a multipurpose visual vocabulary to refer to the serialization of banal and iconic images to test our sensorial empathy towards ‘authenticity’ and ‘truth’ in the complex interchange of images and messages. Her use of cartoon characters function as commentators or unwary conspirators on the social, political and cultural content surrounding them.

The component images of Wachtel’s paintings are reproduced on canvas panels by either hand painting or screen printing. This correlation of opposites is found again in her use of abstraction and representation, line drawing and photography, digital platforms and print media, the sentimentally comical and the confoundingly mundane. While the viewer seeks coherence, the paintings want to break apart. As for example in one of the exhibition’s largest canvases Seeds, 2017 Wachtel juxtaposes vast blueish landscapes of Svalbard Global Seed Vault, a seed bank on the Norwegian island of Spitsbergen with the cartoonish representation of an igloo house in a prescient pictorial observation of paradoxes. The real versus fictional. Looking at the painting, one might feel the sense of our own concerns about preservation and devastation, watching as we appear unable to act in our identification with it.

Her new paintings are forcing the viewer to reevaluate their motive for looking. As Quinn Latimer points in her essay (1): ‘Wachtel’s juxtapositions not only tackle but also transcend issues around the significatory power of existing images and the politics of their appropriation, thereby taking on our “emotional and economic investment” therein.’
Ultimately, Wachtel’s new friezelike compositions contribute to make sense out of this constant flow of information where she, herself is “trying to deal with possibilities and impossibilities of expression within a cultural context that to a frightening degree produces synthetic expression”.