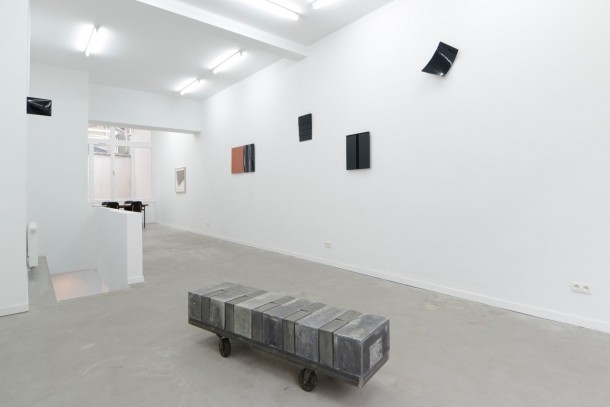 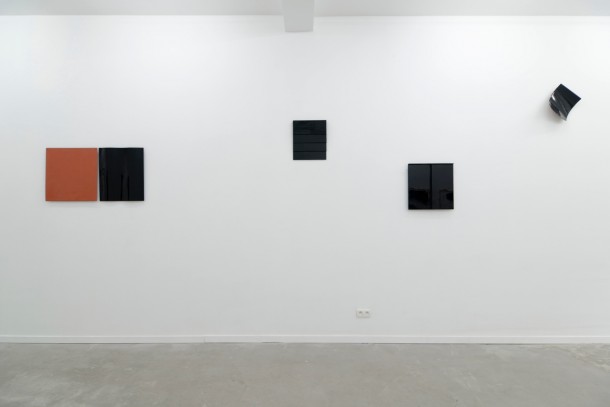 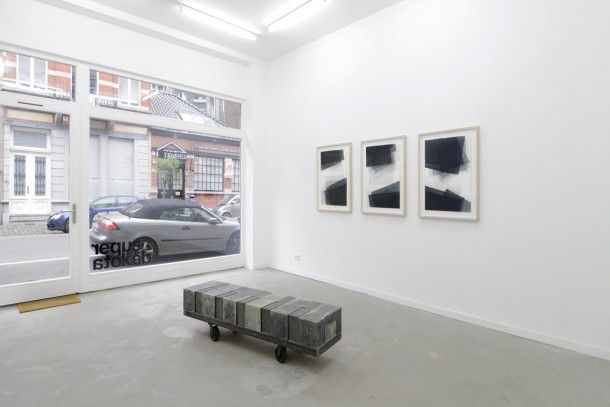 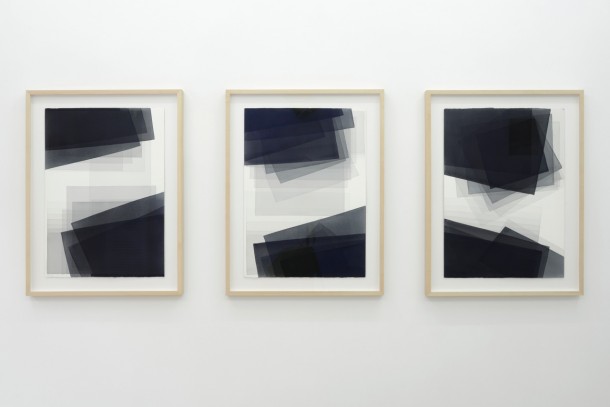 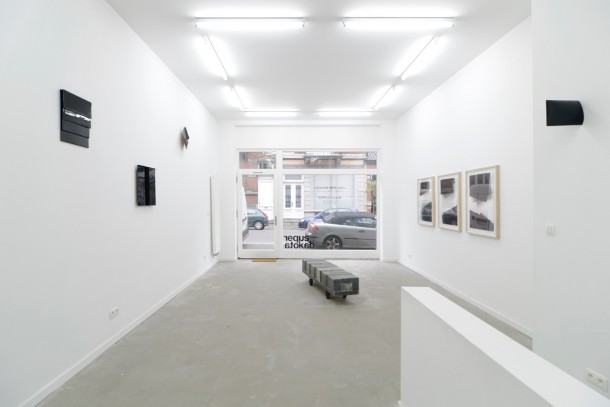 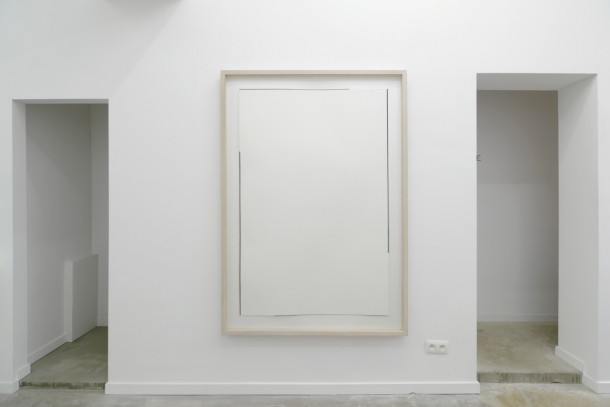 Super Dakota is pleased to present a new solo exhibition by German Artist, Joachim Bandau. Born in 1936, Cologne, Bandau has been a prominent figure in German minimalism with a career spanning decades, which includes works shown in dozens of various museums, institutions, and major galleries across the world.

Bandau works in a multitude of mediums such as installation, painting, sculpture etc… Figure, Space & Time embodies major principles and pieces that are emblematic of Bandau’s oeuvre, offering a selection that brings together older, well-known pieces, along with his most recent creations.

The “Black Watercolours” works are from an ongoing series, which Bandau began in the early 1980’s. Throughout the years, Bandau has perfected the methodical process of the many-layered watercolours with seemingly endless variation. The diversity of these minimal works is staggering, and indicative of Bandau’s relentless process of alteration and discovery. No two the same, the watercolours’ fading transparent-to-opaque rectangles host narratives and intuitive gestures, each one with its own statement and divergence.

The Lacquer sculptures go a step further to provide insight into the interconnectedness of Bandau’s process. The mirror-like surface of the pieces is the result of traditional Burmese lacquering methods which have been in practice for generations. The resulting product, consisting of either the rich black or warm cinnabar, becomes a wall piece, alluding directly to Bandau’s own watercolours. The sculptures become multi-dimensional, affixed to their environment, employing the light, shadow, and area to manifest.

One of Bandau’s seminal works, “Truck” is from his series of “Bodenskulptur” (Floor Sculpture), which is the result of the minimalist discourse surrounding the activation of space and sculpture.  By elevating the piece, Bandau is undermining the solidity and stationary manor of the art object, he then furthers the statement by mounting it on wheels which transforms the heavy, seemingly immovable, piece into a flexible, transitory statement.

Joachim Bandau’s work and concepts are of a rare position in which they are able to piece themselves together contextually and become part of an extensive and insightful system. Figure, Space & Time samples work from prime instances throughout Bandau’s exceptional career and puts forward a survey of an incredibly varied oeuvre. 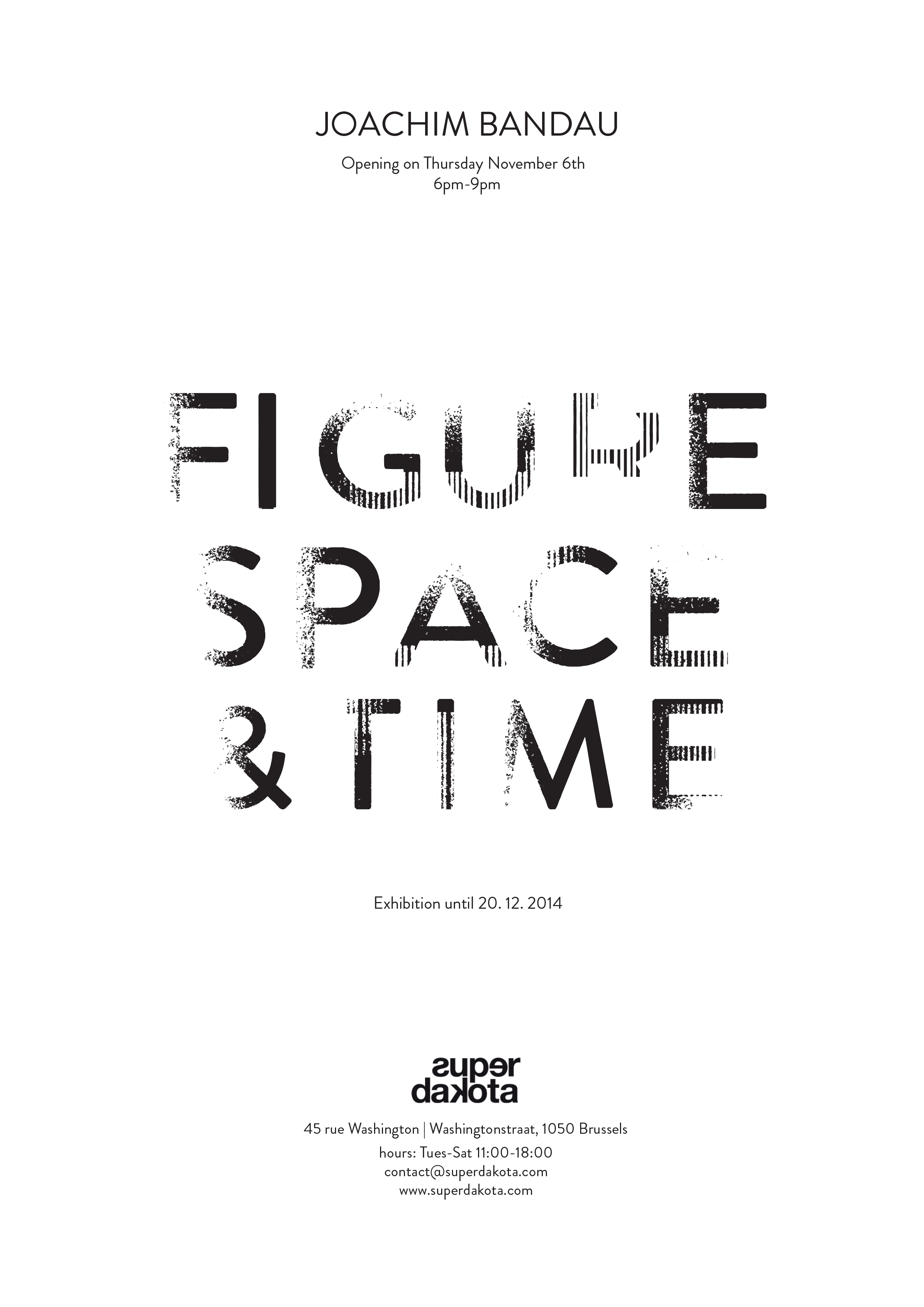