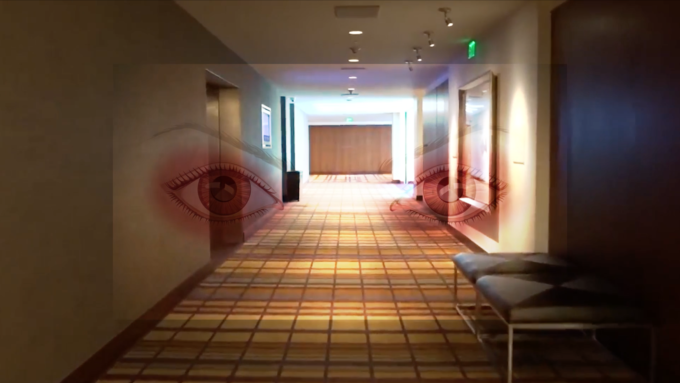 The films in this selection each show their own version of the dissolving boundary between the personal and popular/collective realm. This is expressed and presented through ways such as a reenactment via literary discourse, a collection of pop/cultural phenomenae, the artist’s own body or ethnographic bound events and the necessity of humour. Fast paced information leaves us over-saturated and it’s hard to tell what’s worth our attention/interest and what’s not, where it came from and what will become of it.

Differences in culture become indistinguishable when everything can reach anyone at any given time and of-ten lead to unwordly appropriations. When the whole world can touch, alter and bend (cultural) information, it loses traditional signifcance. Widely ‘shared’ public phenomena such as celebrities or pop stars have become more and more of our personal interest since the coming of television and became even more signifcant to us with the even more vast digital-emersive leaps we make when browsing the internet. Personal dreams, beliefs, outlets, the daily absurd and literally everything we say has become of everyone’s interest because we desper-ately want it to be.

Margarita Maximova’s video works distinct themselves in a refreshing way from many of her artistic ‘digital native’ coevals. Unlike many young contemporary artists who often pluck their inspiration ‘ad hoc’ from the fast propulsive and multi-faceted fow of images and information, the videos of Maximova possess a welcoming, ferce and gentle poetic inertia, expressing the course of time and it’s absense of it. From a thematic-visual point of view, Maximova’s work is in a positive manner to be mentioned as ‘out of this time’. The inert, quasi (theatrical) narrative image construction and universal thematic quality of the video works spontaneously cre-ate a surprising conceptual character, which subtly indicates the use of cinematographic and narrative codes. Eventually, the medium video is hacked itself. In that sense, the content of Maximova’s works show – at least emotional- resemblances with video artists such as James Coleman, Catherine Sullivan and Gerard Byrne, who, in their videos, adapt these theatrical and cinematographic codes on a meta-medium level.