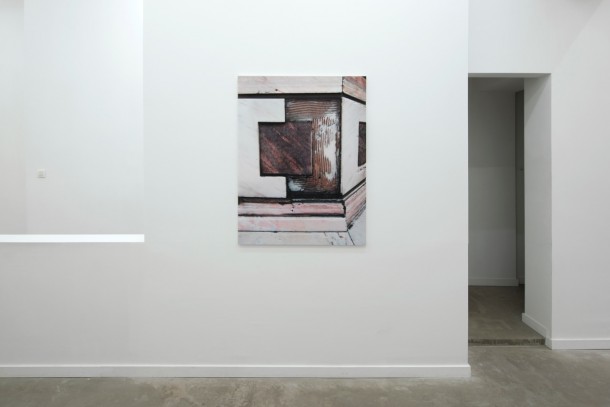 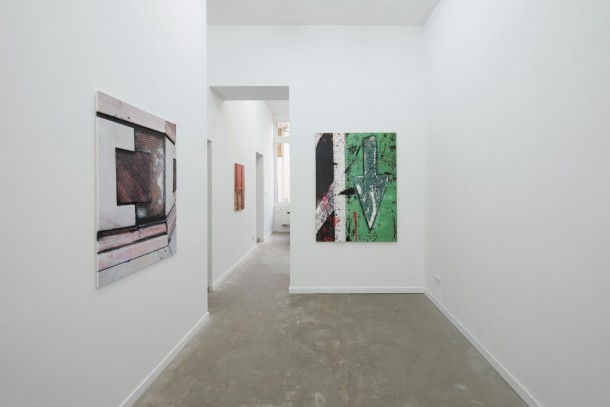 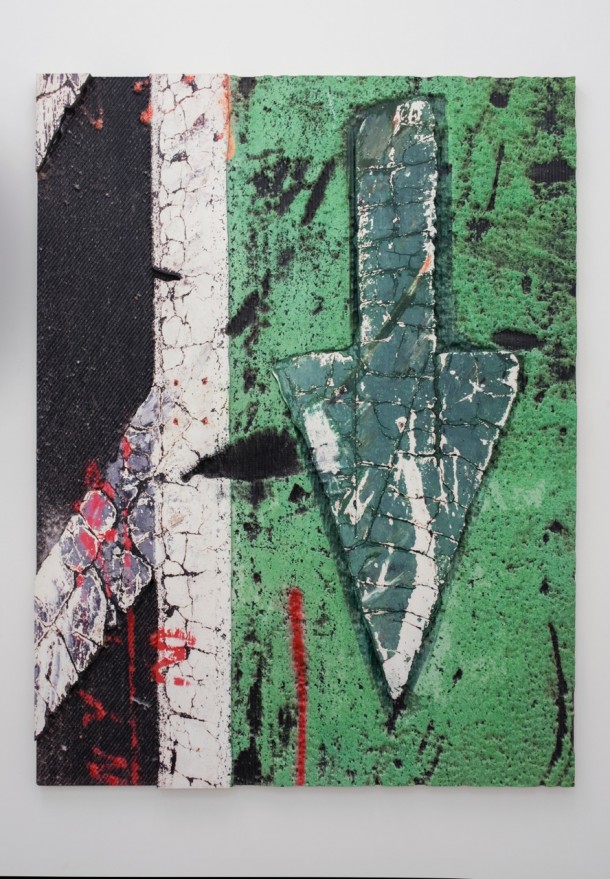 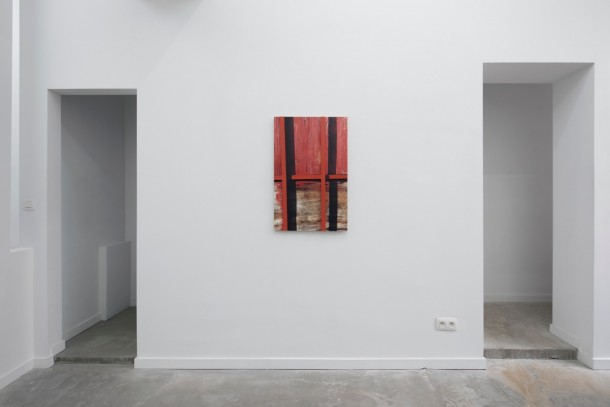 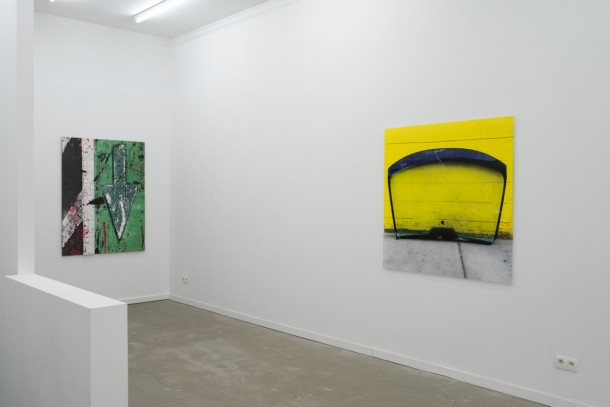 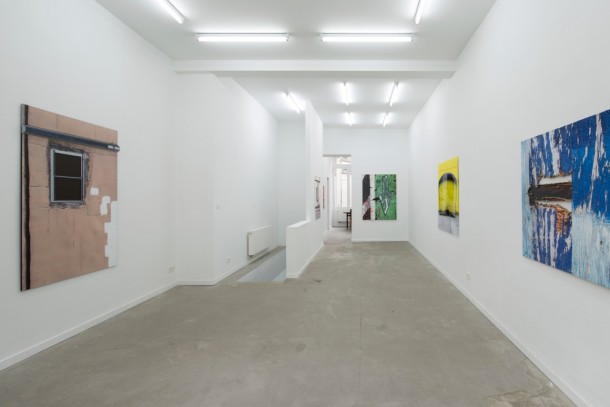 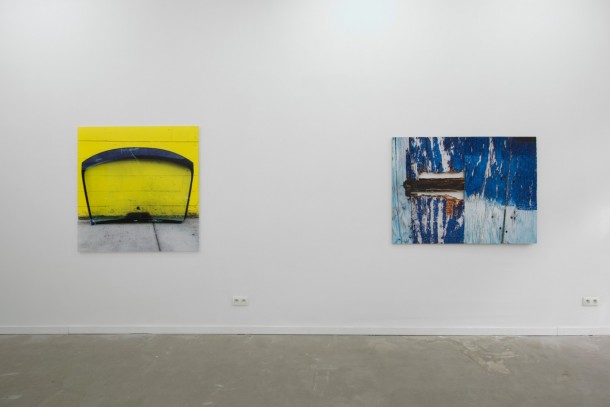 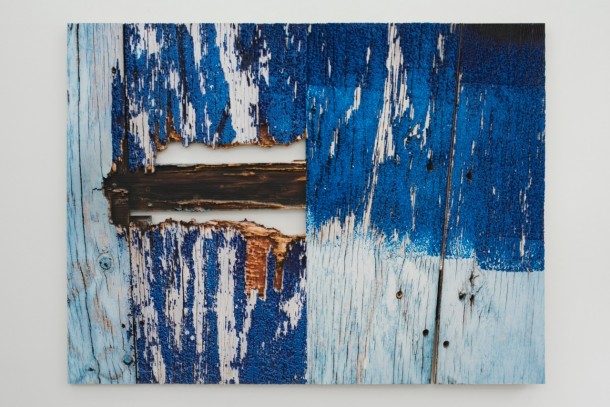 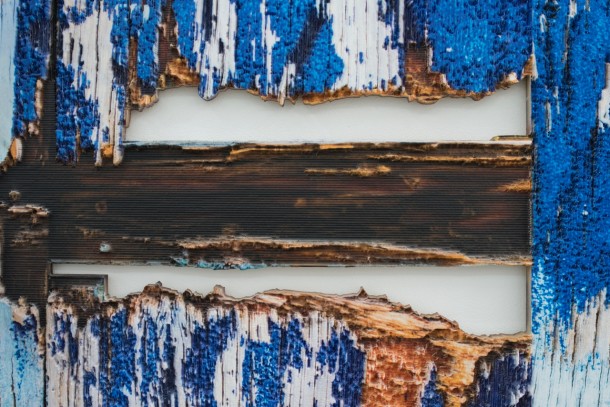 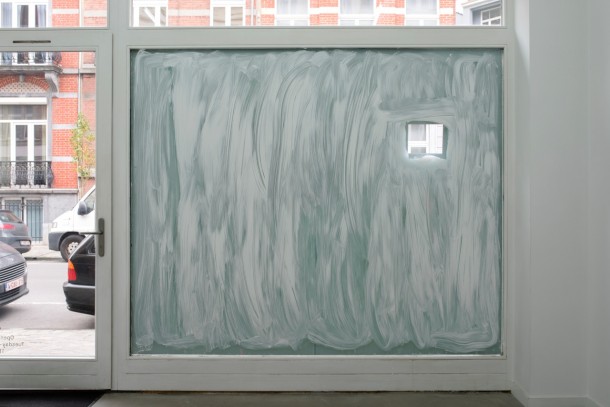 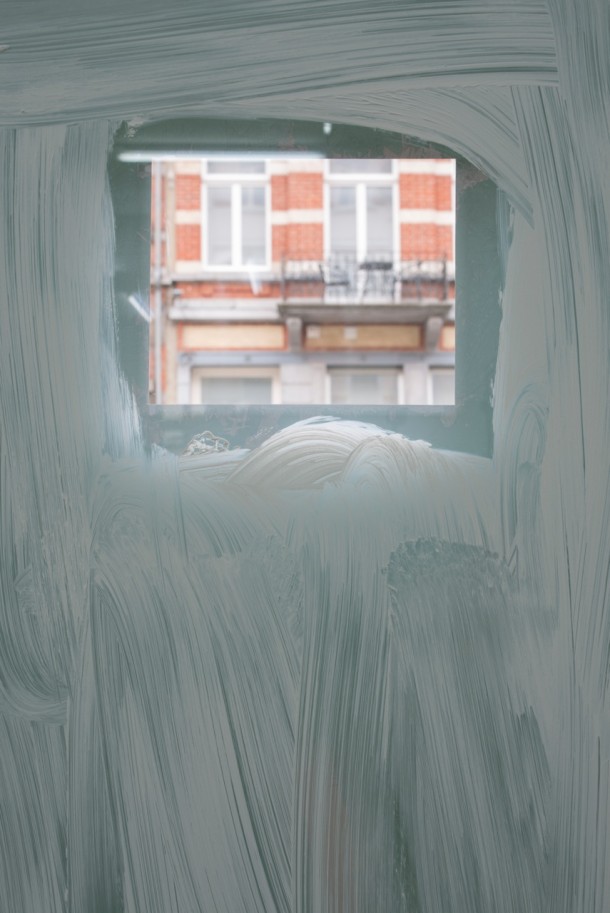 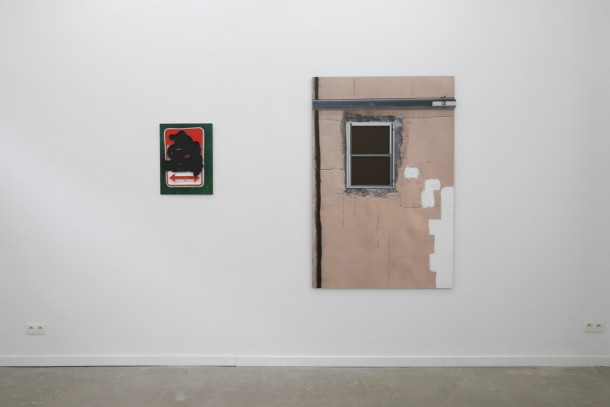 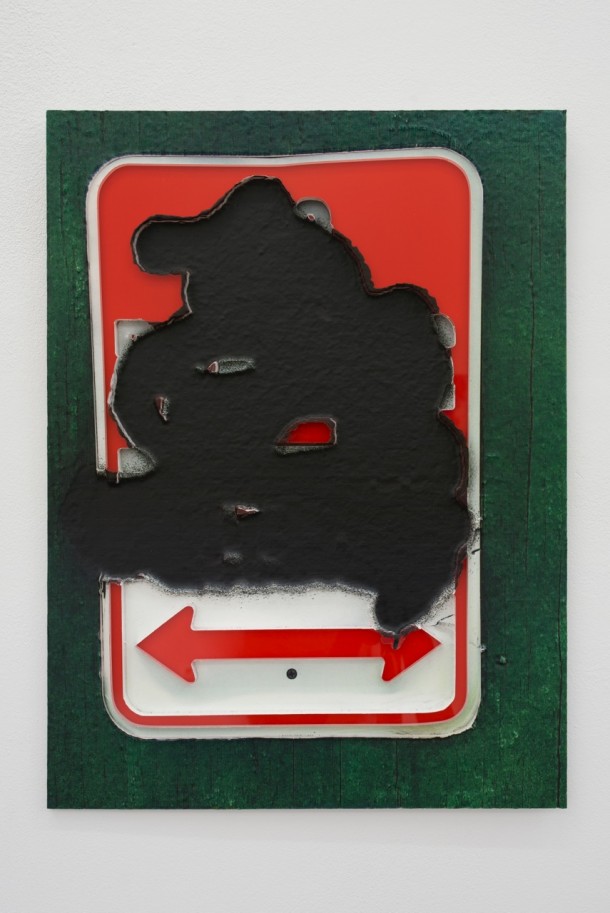 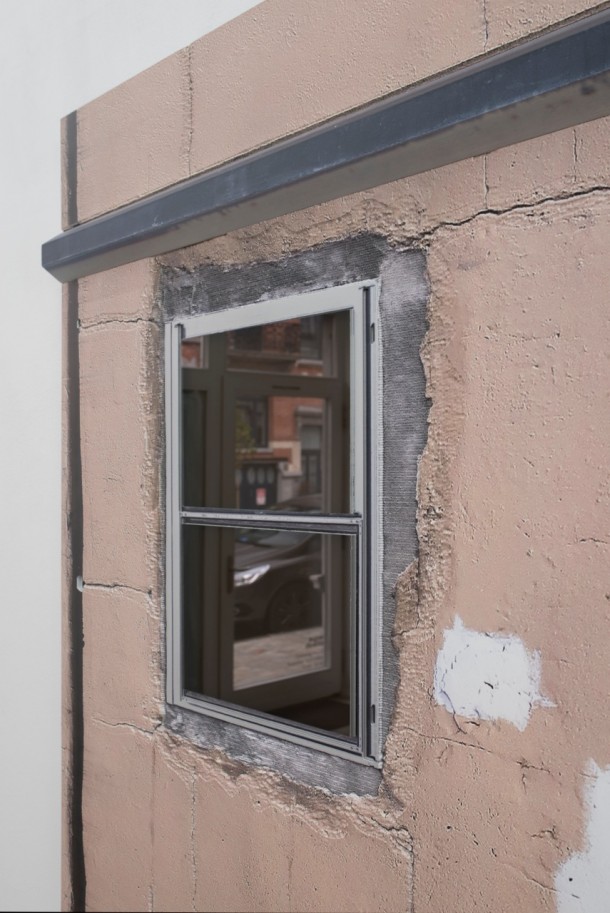 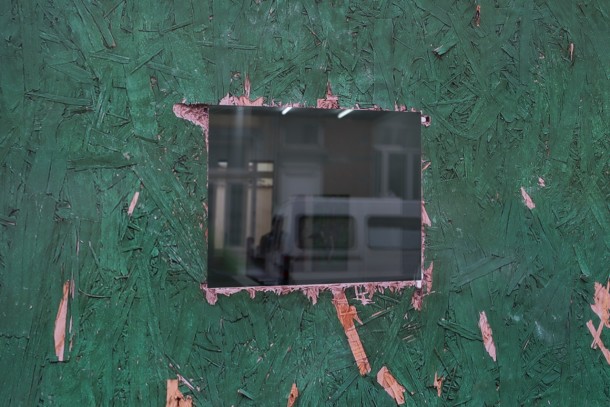 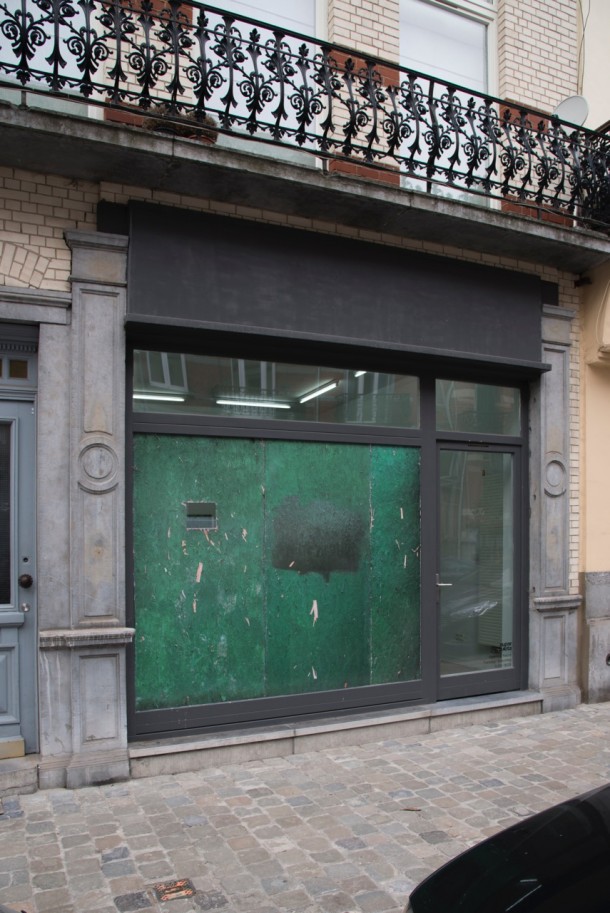 About 3 years ago, I was introduced to Ethan through the New York dealer Ellie Rines. At the time, Ellie was running 55 Gansevoort, a little window gallery near the Whitney in the Meatpacking district. The place was no bigger than a cellar and you couldn’t fit more than 6 people in at once. The night we met, Ellie had put up a piece from Betty Tompkins in the space. The crowd spilled onto the sidewalk. It was a mixed group of friends, artists, collectors, critics—a dream ensemble for a dealer. After the opening, the remainders drifted to a burger joint around the corner, and this is where I first got introduced to Ethan. I liked him straight away, he seemed poised and enthusiastic at once. We spoke for a while and decided to keep in touch.

A year or so later, I was in his studio near Sunset Park in Brooklyn. This was the longest studio visit I’ve ever done. We killed a few beers and a bottle of whisky, talking about everything but the works on display, really. It felt unusual, but this is when we bonded. There were more encounters paving the way to this exhibition, more conversations, but the last one took place at Stolly’s, an old pub in Paris, on a rainy day. This is when I knew it was time to do the show. I think I needed time to understand what he wanted to achieve through his practice. I was ready.

Ethan decided that our first exhibition together would be called “Cardboard Landscapes”. He picked the name from an essay in a Luigi Ghirri book we were both reading at the time. In the text, Ghirri noted his preference for photographing cities and landscapes he knew intimately. For him, the act of photography re-imagined “everyday objects … found in our ordinary field of vision … we are used to looking at passively.” By Isolating and recontextualizing them, the world we think we know returns to us “… laden with new meaning.”

Ethan does this well. He interrogates the familiar spaces and surfaces of the urban environment, seeking connections between how things are made and remade as images. He frequently depicts things like windows, walls, doors and signage. These openings, dead ends and reflective spaces are sculptural, rich in illusion and also seem to be models of an emotional inner world. What I love about his practice is that he brings my attention to things I wouldn’t have noticed before. Now when walking down the street, I find myself staring at construction sites, window shields, fire escape signs and more. He put an entire aesthetic on my radar. I realized there are Greenbaums all over the city.

For “Cardboard Landscapes”, Ethan is presenting a new group of low relief sculptural photographs along with a vinyl recreation of a construction fence in the gallery’s street facing window. The photos are made with digital tools like large format printing, 3d modeling and cnc carving. The pictures are built on surfaces like wood and plastic that both literalize and support imagery. We spoke about surrealism while preparing the show. I think the surreal lies in the illusions created by his playful use of materials and the hallucinogenic perceptions they encourage. The works make me think about the uncanny, the tactile, the ersatz and the authentic. This feels just about right for an exhibition in Magritte’s city.

For a solo show in Paris at Galerie Pact, Ethan installed his work alongside a photo by Aaron Siskind. I thought this was a lovely touch. We spoke about it and decided we could take this a step further and curate a prelude for his exhibition on the lower level of the gallery. We invited five artists with whom Ethan shares a series of related connections: John Divola, Don Dudley, Nathalie Du Pasquier, Jan Groover and Peter Halley.

The most significant connection is an engagement with geometric form, both pictorial and architectural. In various ways, each of these artists pushes their vocabulary past expected boundaries, making space for instability and play within the concrete. Ethan gave it the title “No Transport”. I think it has something to do with Sylvia Plimack Mangold. She was supposed to be in the show, too.

We decided to let the viewer connect the dots between the pieces in “No Transport” and Ethan’s own work. There are many links—shifts of light and time, scaleless interiors, the contagion of meaning, or architecture as a camera framing the world outside—I am sure you’ll see it too.

Some exhibitions happen in a second. Some, like this one, took a little while to see the light. As a French person, I am told good things take time. A few months ago in New York, I went back to the burger joint with Masha, with fond memories; but the place has become more of a fast food scene than a local hang out. I was left with a mirage of my first encounter with Ethan.