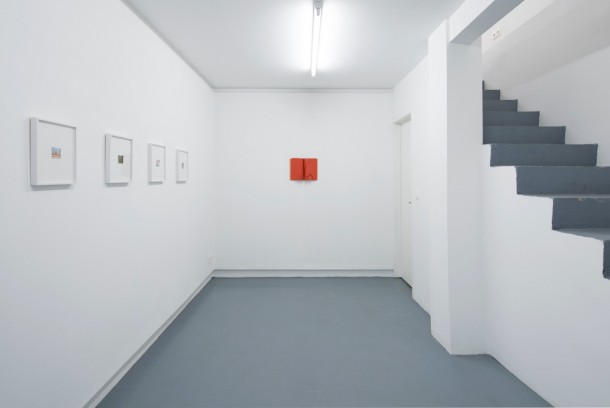 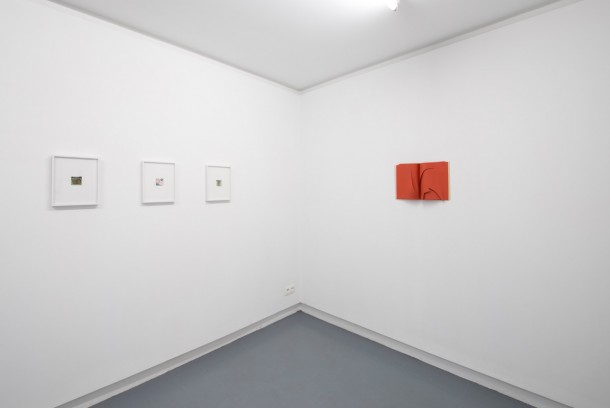 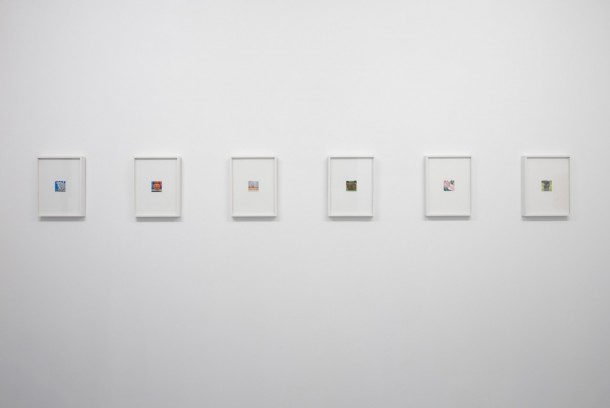 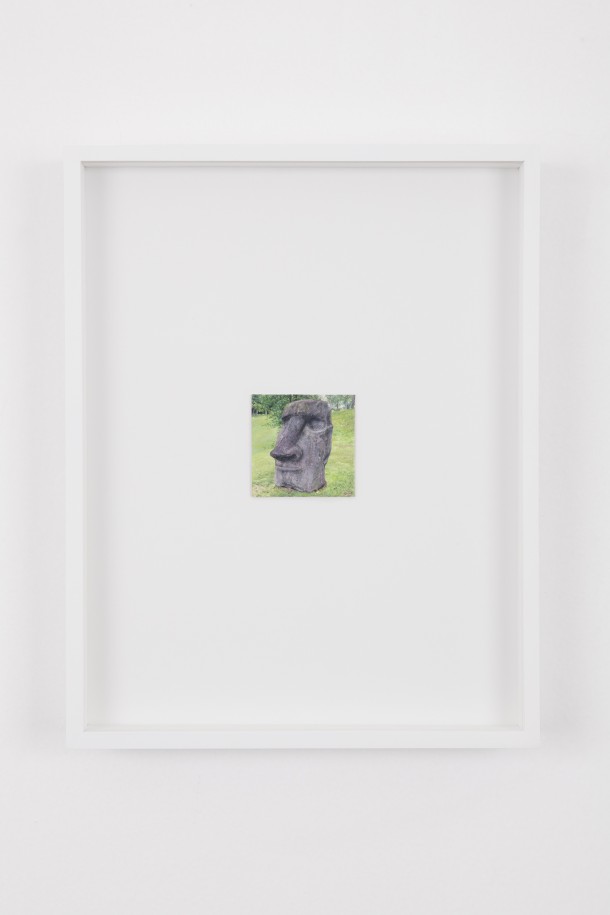 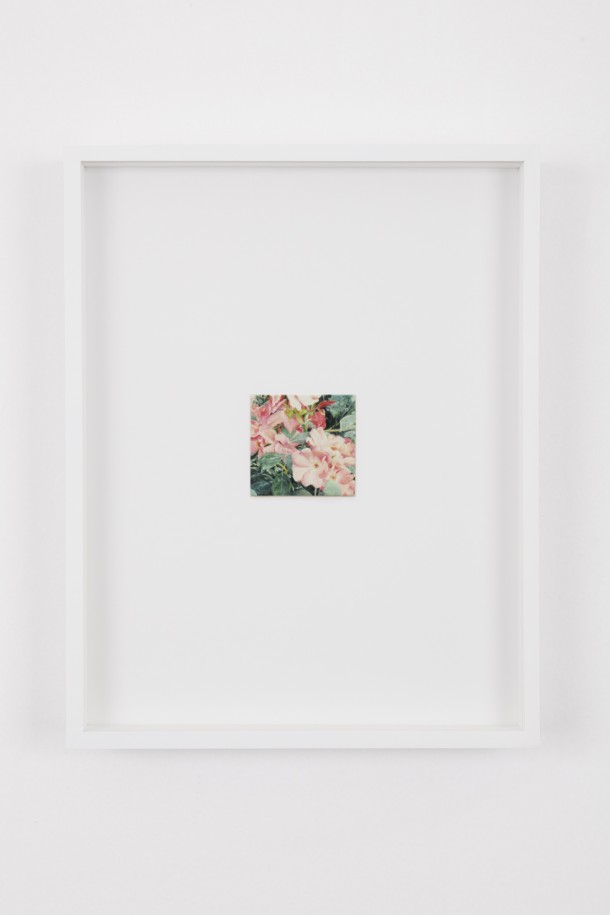 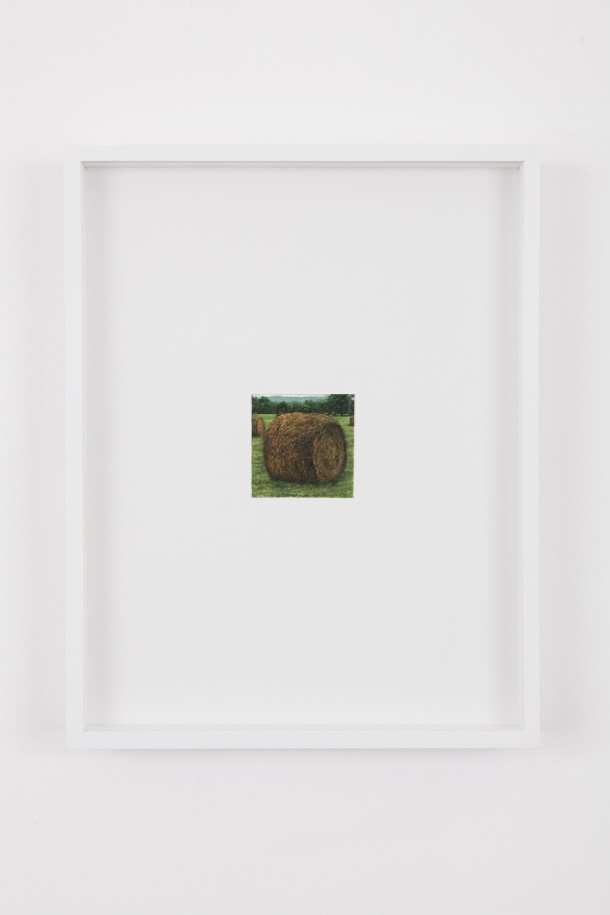 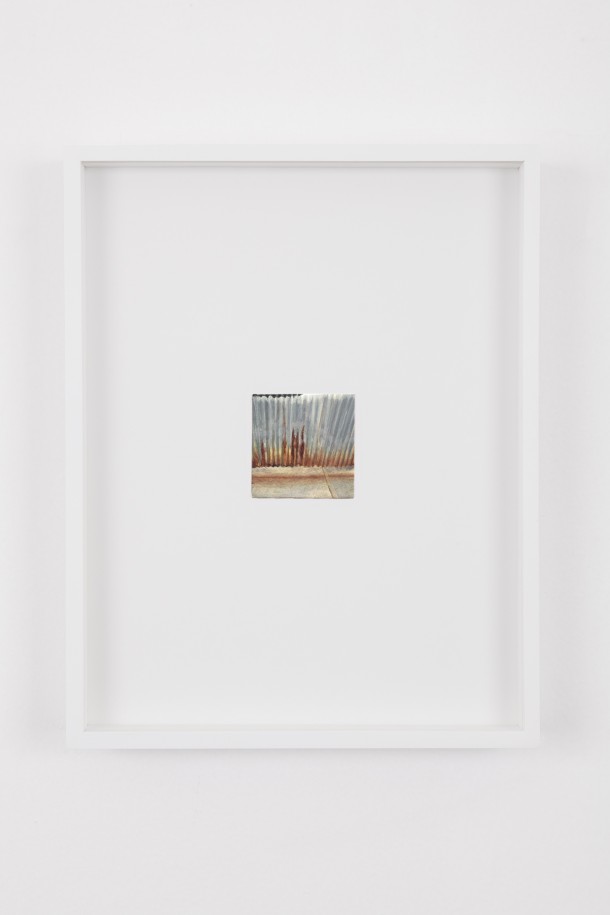 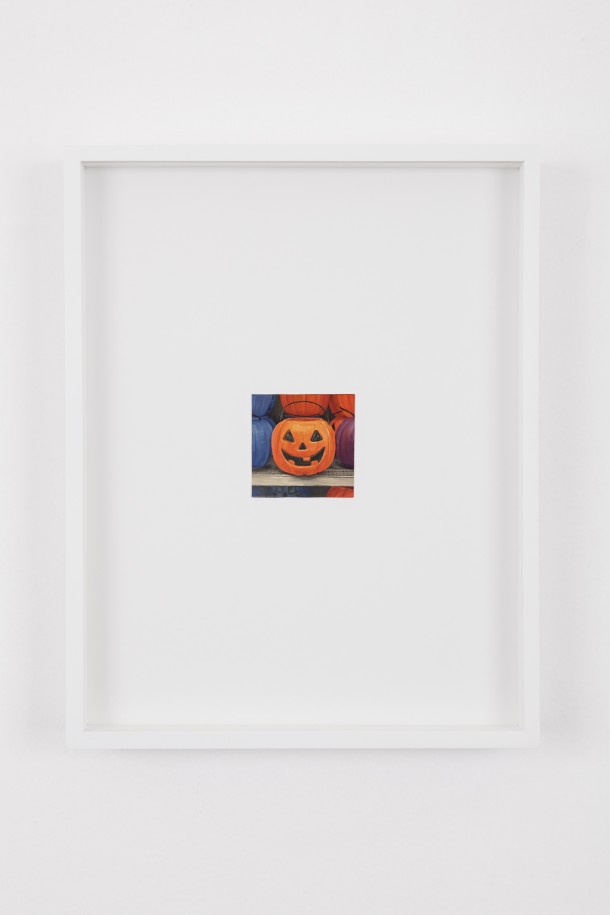 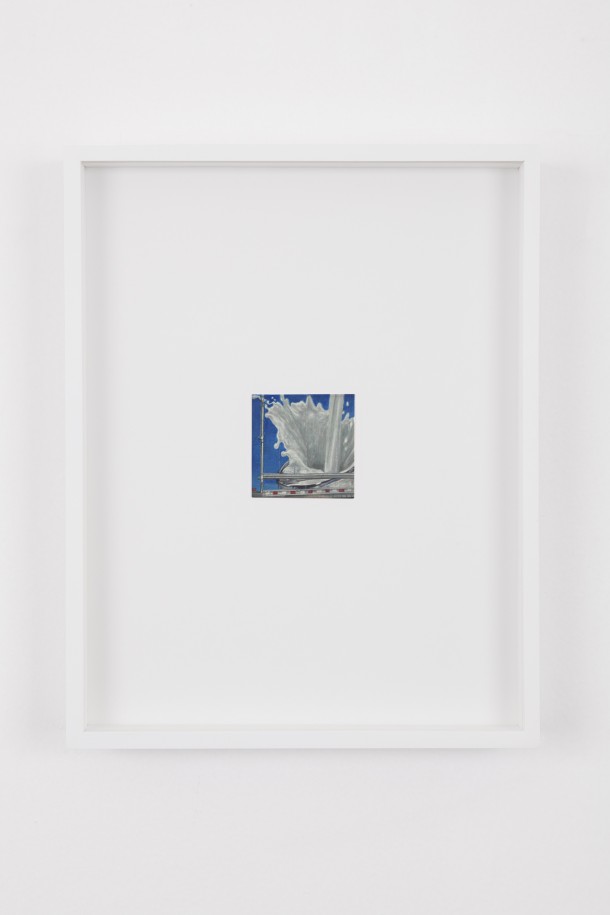 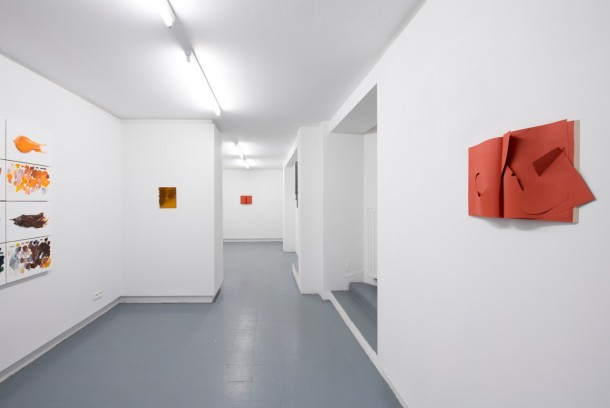 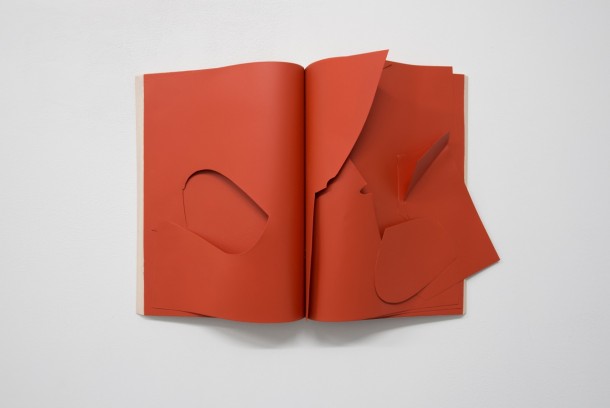 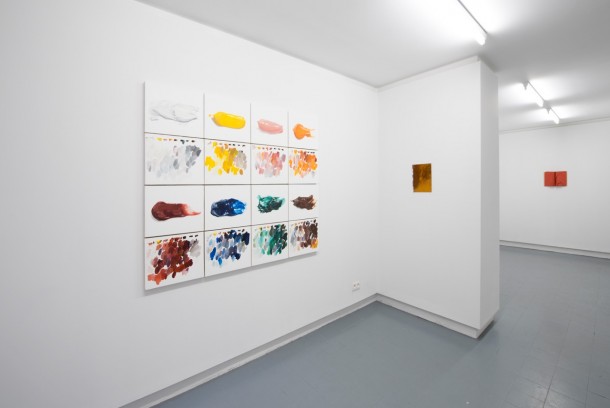 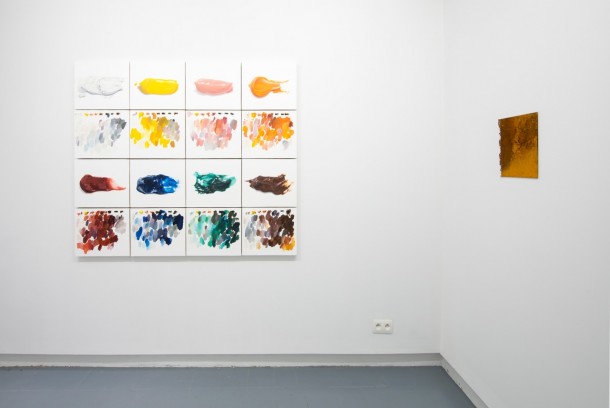 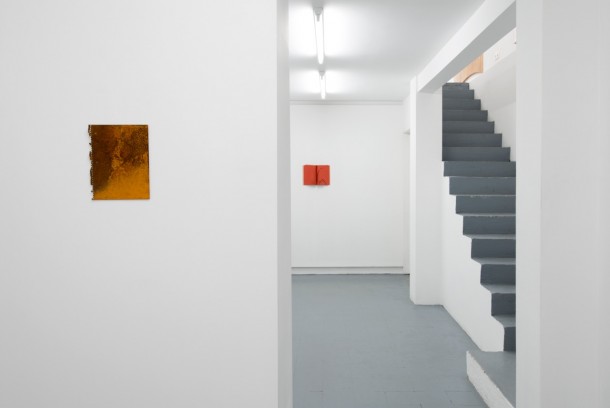 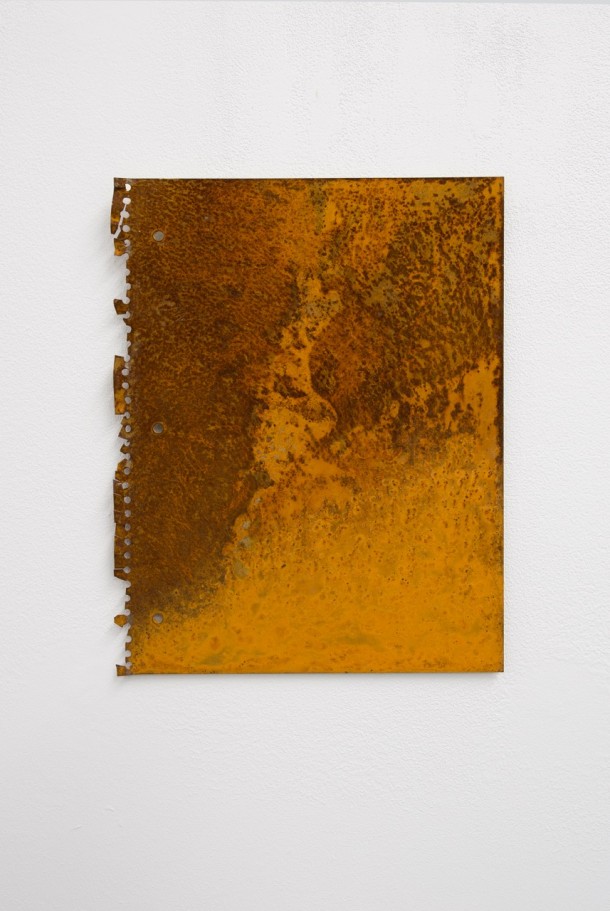 Super Dakota is pleased to present “Minium Paintings,” an exhibition of new works by New York-based artist Conor Backman. Addressing themes that have been central to Backman’s practice, the show comprises four distinct but interrelated bodies of work that explore ideas surrounding the materiality of color, the relativity of scale, and the perceived spaces between subject and simulation.

The exhibition takes its title from an orange-red, lead-based mineral found in oil and egg tempera paints, developed through a process of oxidation. The pigment was widely used in the Middle Ages to decorate illuminated manuscripts, the meticulous renderings of image and text whose mobility offered a new means of diffusing information in the era preceding the printing press. That these illustrations came to be called “miniatures” is something of a false etymology. The term itself, derived from the Latin miniare (“to apply minium”) and miniator (“one who applies minium”), spoke not to size, but rather to the presence of a particular color. The word’s eventual association with small, skillfully executed works of art arose over time.

Evolving technologies, obscured derivations, layered depictions, and crossed definitions are central to the work on view in the exhibition. These themes run throughout Backman’s broader practice, wherein production and reading alike tend to unfold as a series of translations, with methods of display and dissemination as vital to a given work’s meaning as its apparent content.

The first group of works on view is a series of small acrylic and watercolor paintings on steel. They depict subjects that reference sculptural processes and art historical tropes: mass-produced plastic Jack O’ Lanterns, bales of hay, an Easter Island bust, a bouquet of arranged flowers. Each image measures two by two inches, echoing the average size of smart phone displays. Anticipating their eventual digital capture and reception, the paintings exploit the tension between mediation and accuracy that defines the online dissemination of images, while confounding the expectation that an artwork viewed onscreen is always larger in person.

A second set of works further embodies the linguistic split that first drew Backman to the idea of “miniatures.” Here, the artist has produced a series of wall-mounted sculptural reliefs in painted aluminum and steel, each assuming the form of a magazine whose pages are variably carved and indented, the missing portions apparently sourced for collage material. The works omit imagery in favor of a monochromatic treatment that draws attention exclusively to the delineated patterns of each incised “page.” The pared remnants recall the large-scale stabiles of Alexander Calder, whose signature shade of matte vermillion (popularly known as “Calder Red”) closely mimicked that of minium. In translating the formal effects of his mobiles to monumental structures, Calder first rendered each pure-color slab as a small-scale maquette. Though technically a study for larger work, Calder considered each model an exhibition-worthy sculpture in its own right. Balancing illusion and allusion, Backman finds in Calder’s project a shared set of concerns: among them, the adoption of artistic convention as raw material, the restaging of studio ephemera as legitimate output, and a visual disconnect achieved through shifts in scale and purposefully treated materials.

Likewise, the third group of works finds Backman sculpting recognizable forms out of foreign materials – in this case, sheet metal cut to resemble spiral notebook pages. Each “page’s” surface bears the texture of rust, its palette in keeping with the exhibition’s theme. Where the artist might otherwise have achieved this effect through manual replication, closer inspection confirms that, as with the pigment of minium, these ochre patinas have occurred organically, the steel oxidized by prolonged exposure to rainfall. The series’ title, “Petrified x Blank Page,” speaks both to natural means of aestheticizing – as seen in corroded metal or fossilized wood – as well as to the idea of an artist’s inertia when confronting a vacant page.

Rounding out the exhibition is a set of paintings from Backman’s ongoing series “Painting Palettes.” featuring reproductions of the palettes used to create the other works on view. Arranged neatly in a grid, the canvases comprise two modes of (re)production: in one, Backman copies his hue-specific palettes in their original proportions, each offhand gesture rendered compositional. In the other, he utilizes hi-res digital photography to isolate a single dab of tube-fresh paint from each palette and renders the mark in exacting detail. Functioning simultaneously as documentation and deconstruction, the resulting canvases serve as a kind of index for the exhibition, relaying not only a chronological narrative of fabrication, but also a literal reference to external output, the works’ means of delivery once more afforded the status of autonomous artwork.

The exhibition will be part of a program of shows taking part at Super Dakota from January 12 until April 8, 2017. 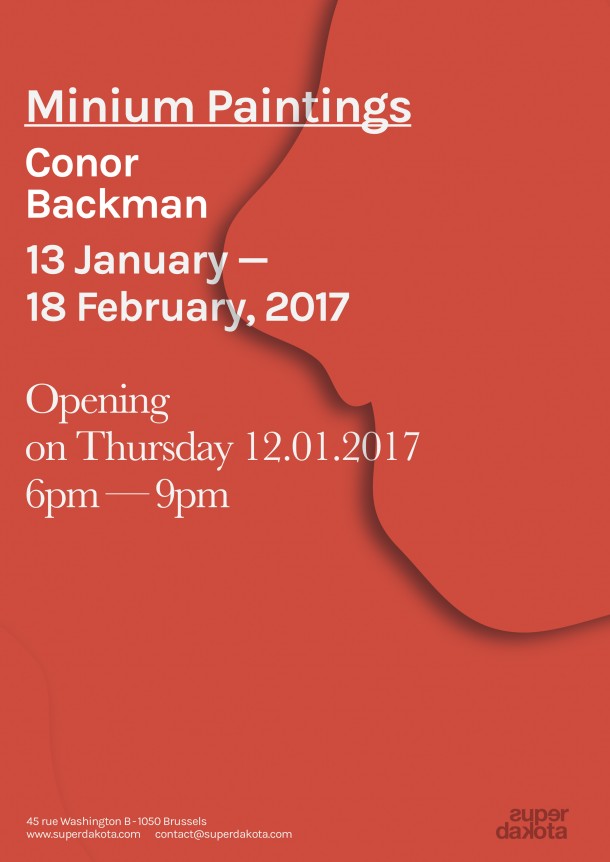