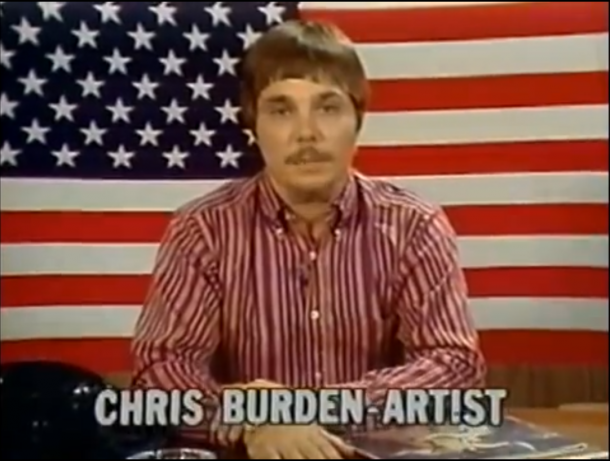 The TV Commercials is a recent compilation of Burden’s four legendary television interventions, which date from 1973 to 1977. For each of these conceptual projects, Burden purchased commercial time on broadcast television and aired his own subversive “ads.” Included are TV Ad: Through the Night Softly; Poem for L.A.; Chris Burden Promo, and Full Financial Disclosure. Burden’s on-screen text adds precise details about the airing of these pieces.

Burden writes: “During the early seventies I conceived a way to break the omnipotent stranglehold of the airwaves that broadcast television had. The solution was to simply purchase commercial advertising time and have the stations play my tapes along with their other commercials.”