— Exhibitions
Bent Van Looy The Vessel, the Jerk and the Edge of Reason 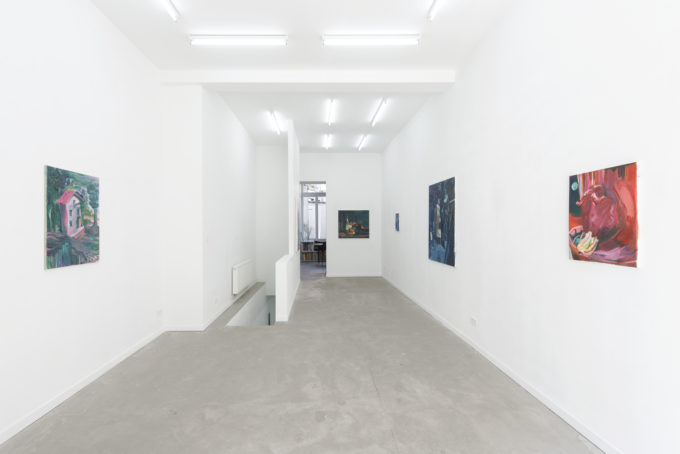 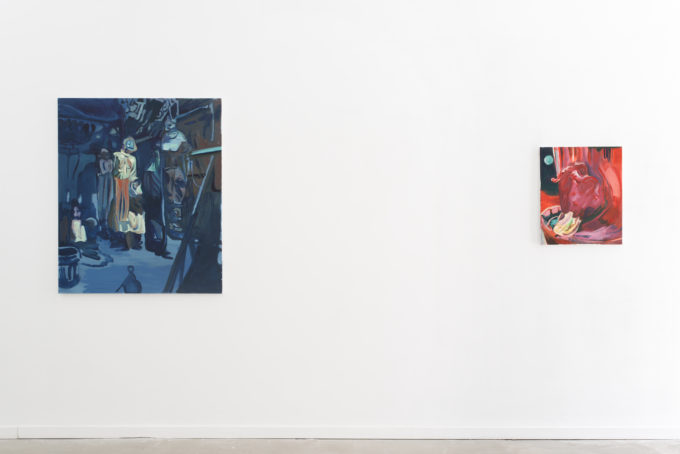 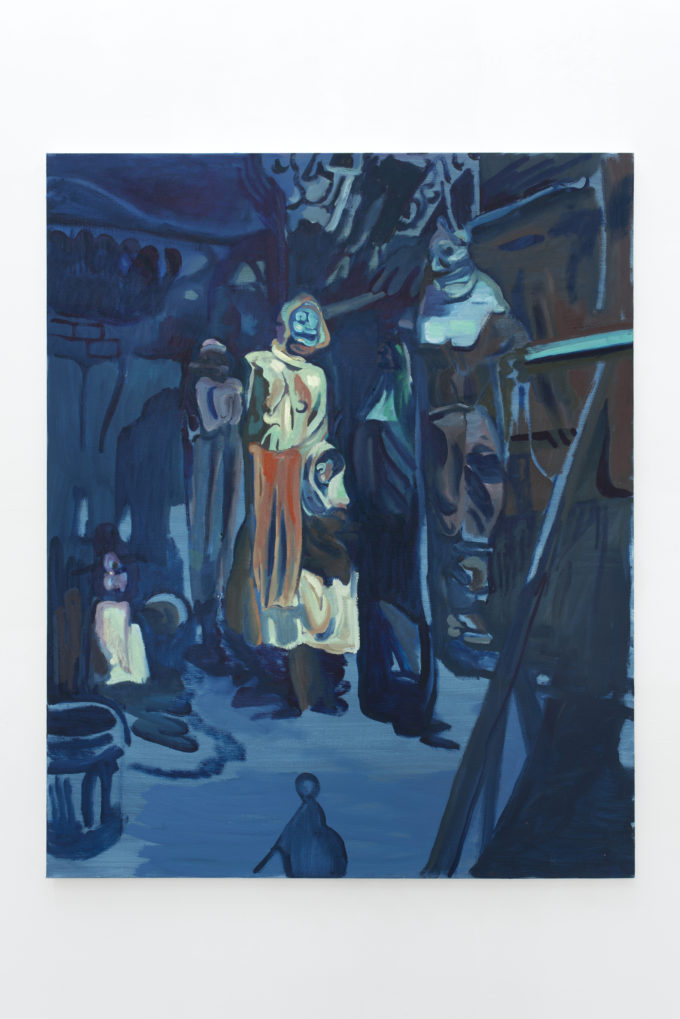 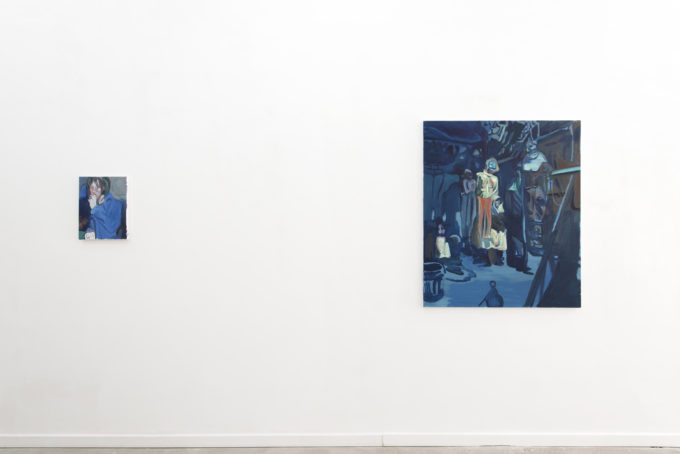 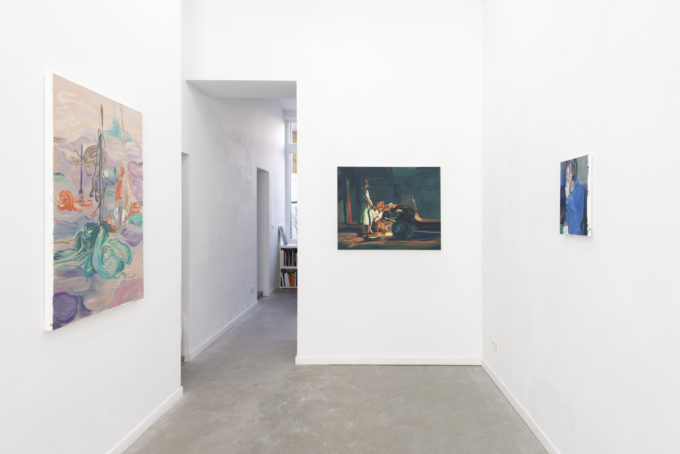 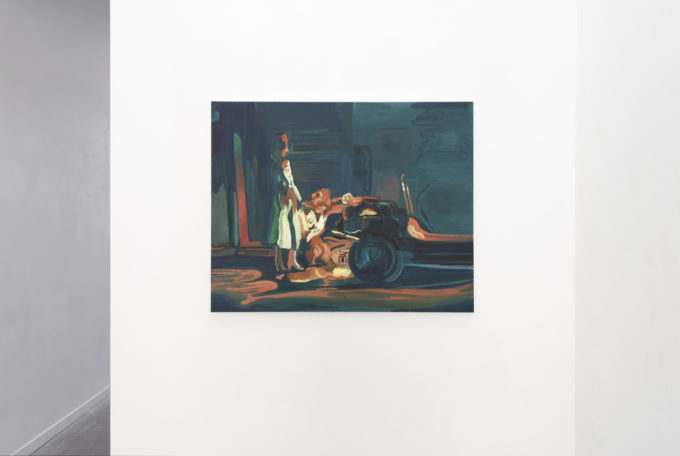 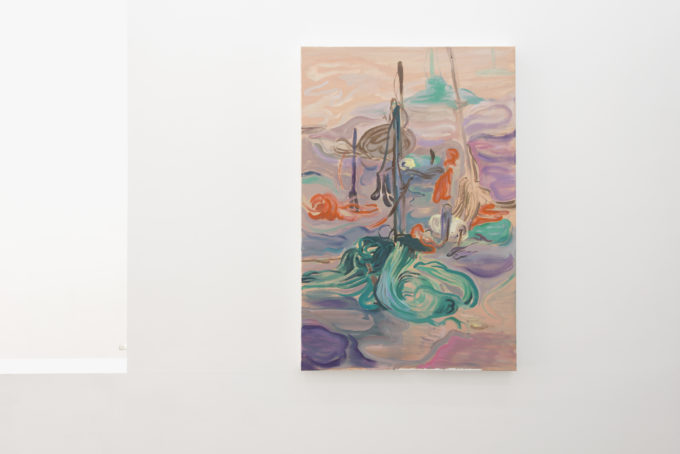 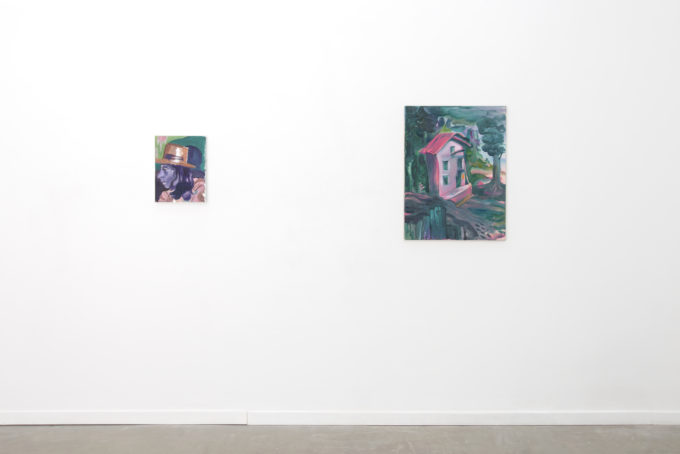 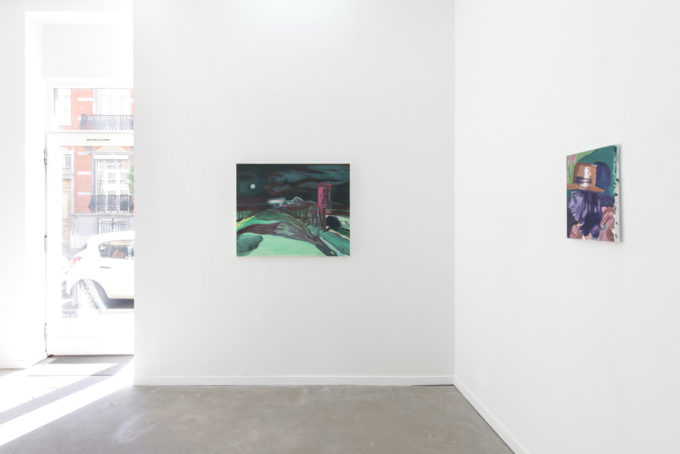 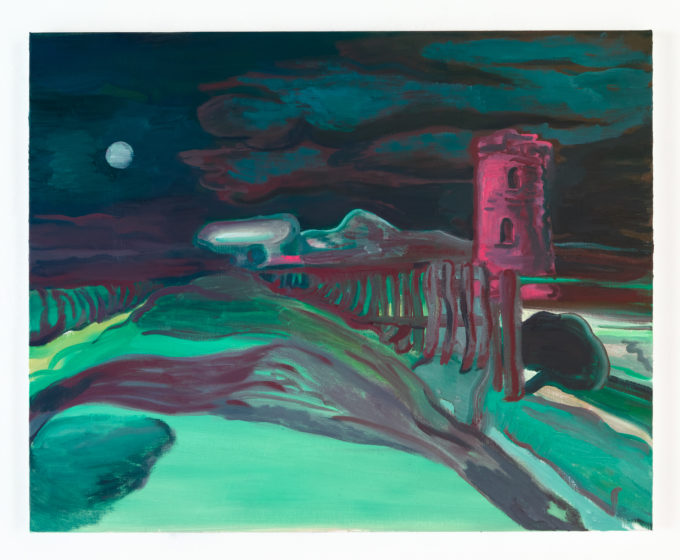 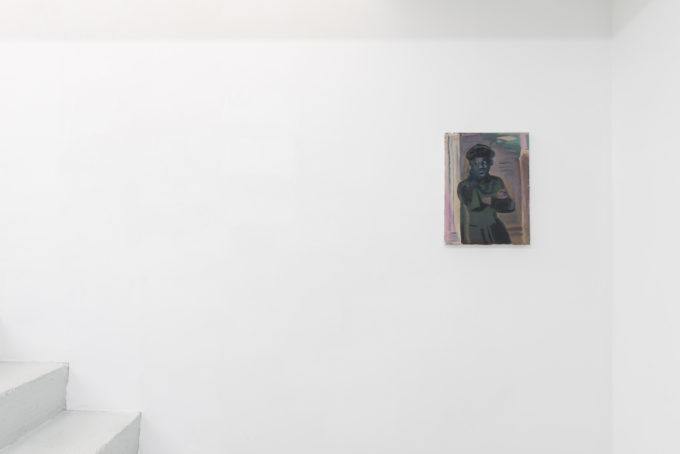 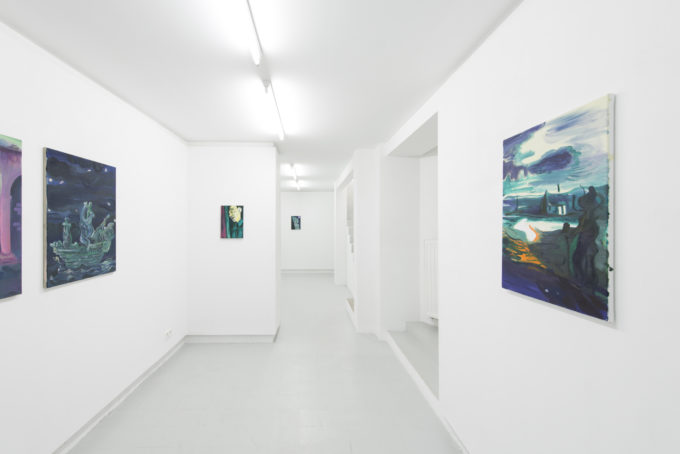 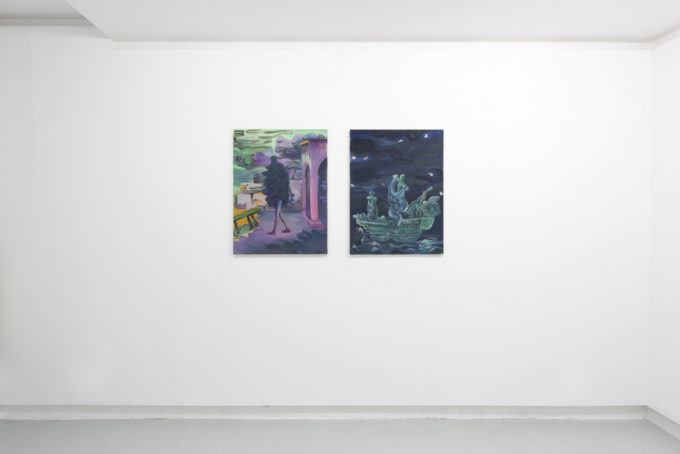 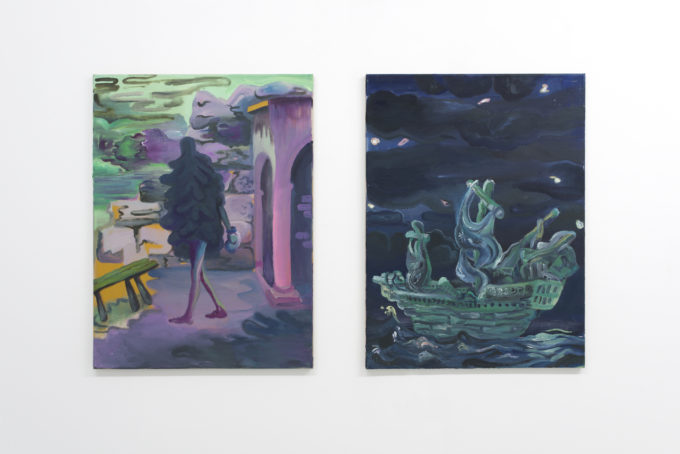 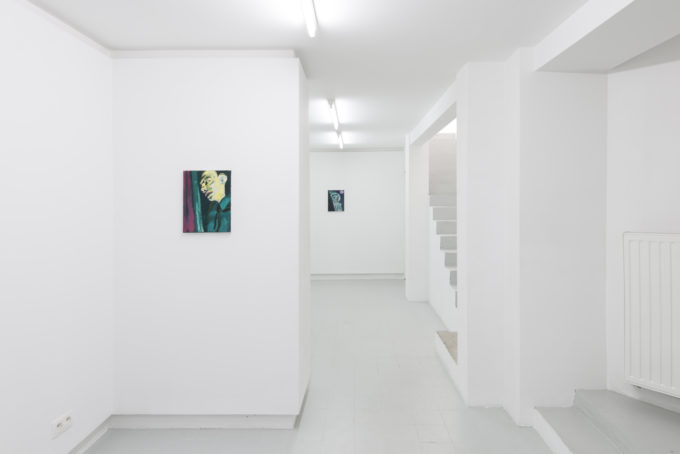 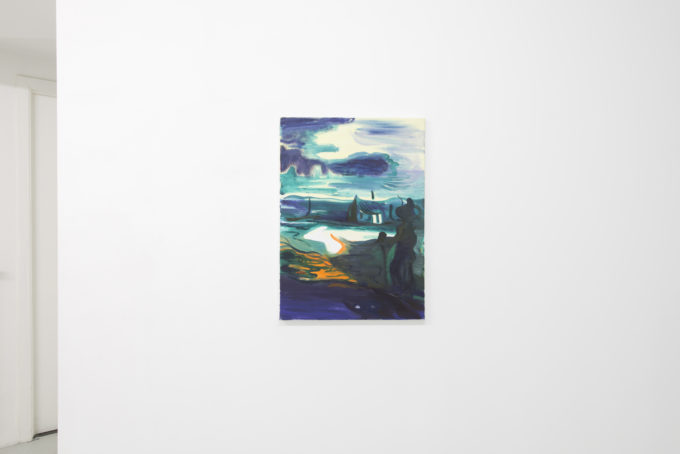 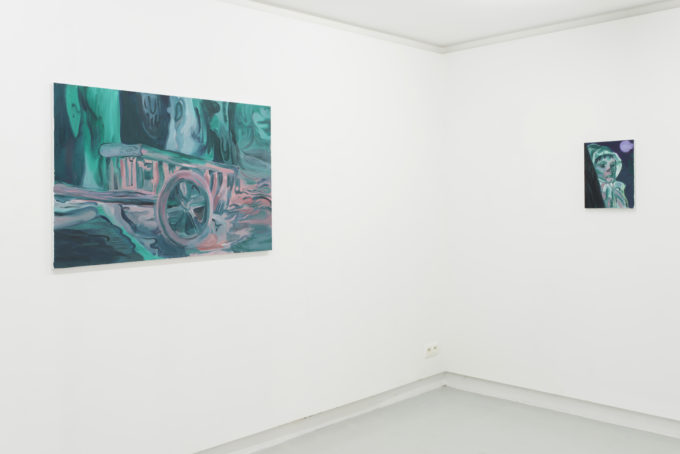 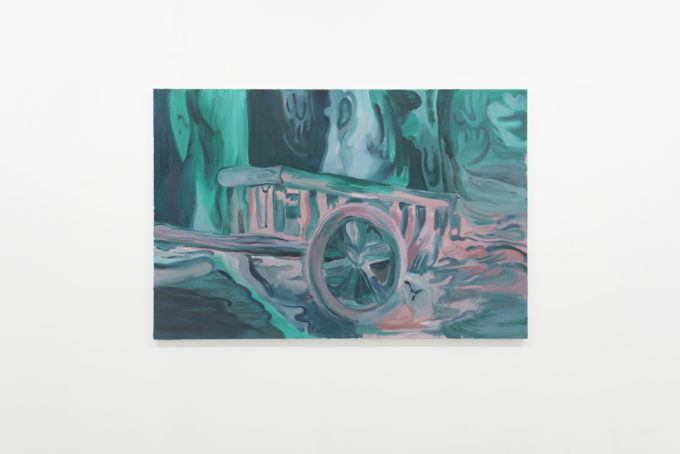 The Vessel, the Jerk and the Edge of Reason is Bent Van Looy’s first personal exhibition.

In his first comprehensive personal exhibition the Belgian painter questions the meaning of painting during the harsh climate we live under. The return to nationalism and even regionalism and its unsavoury folklore, the defeat of the European Idea and the failure of globalism are the background of Van Looy’s practice and pushed him to explore the values and aesthetics of Romanticism.

Van Looy is a colourist in the traditional sense meaning that drawing is secondary to the entire composition. Shapes and forms erupt on the surface spontaneously. Premeditation vanishes before the imagination and a lot is left to the principles of the materials available to the artist. The paintings despite their relatively small formats are supercharged with tense shapes and vibrating fields of colour. They conjure up a radiant spirit world, born out of the feverish dreams of Austrian pedagogue-philosopher Rudolf Steiner, who’s school system Van Looy attended from an early age until he was eighteen.

His Romanticism is one of the heart and the emotions. In his work Van Looy searches for the “truth of the imagination” rather the scientific truth. At a time where individualism reigns and the importance of self-expression through every channel is at its pinnacle, the truth becomes marginal. The practice carries the stigmata of the romantic principles including an almost religious response to nature, a certain interest for the outcasts of society and the ideal of the poet as a visionary figure. He resorts to these principles not in a fit of escapism but in an effort to find a counterpoint to whatever it is that seems to ail the world outside. And he does all this with the jaded knowledge of a student of post modernism and everything that came after.

Looking at the landscapes and figures inhabiting the surfaces of his paintings we are reminded of Edgar Allan Poe’s visions, the Période Vache of Magritte or Walt Disney’s early movies. Throughout the practice Van Looy thoughtfully deploys hindsight, left in our time, to evoke a Disneyfied ersatz version of Romanticism. For wasn’t it Walt Disney who unlocked the magical and terrifying world of the Brothers Grimm and presented them anew to a modern world, albeit in a saturated, artificially sweetened version?

“I want to seduce the viewer with saccharine visions and a hightened sentimentalism, whilst causing doubt and distress by telling fundamental stories and uneasy truths”.

Van Looy playfully evokes the radical ideas of Goethe, some of his figures perhaps reminiscent of Jungian archetypes and boogey men (or boogey women) out of folk tales. Or indeed the Biedermeier anachronistic fairy tale figures one finds in Anton Pieck illustrations.

The beauty of Van Looy’s paintings resides in his ability to balance the weight of their fundamentals and the fragility of his subjects. In the end, the hodgepodge cast of seemingly naïve and impassive characters move in a world that, much like ours, is a terrible place but where the cruel reflections on Plato’s cave wall bathe in the gooey magenta hue of a Hollywood sunset.