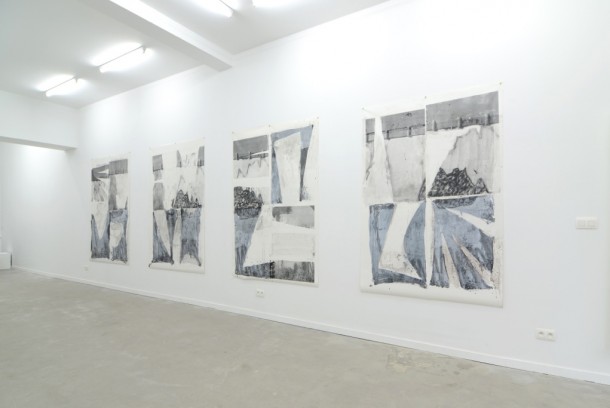 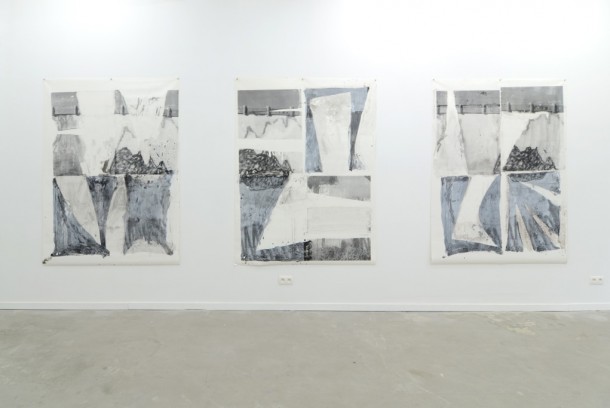 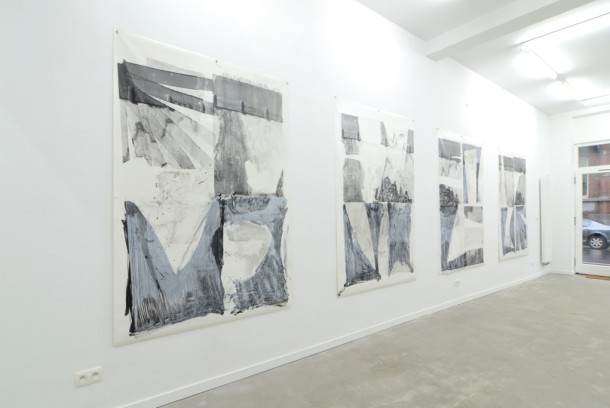 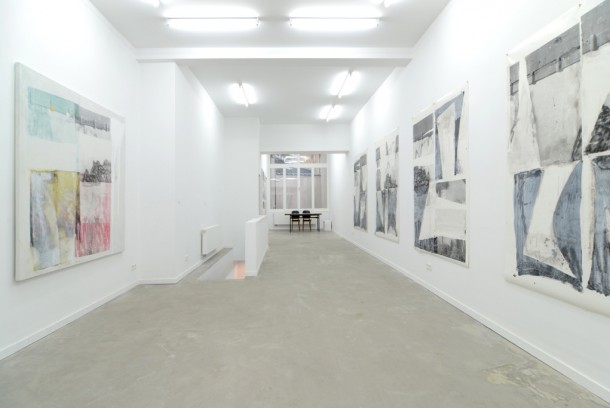 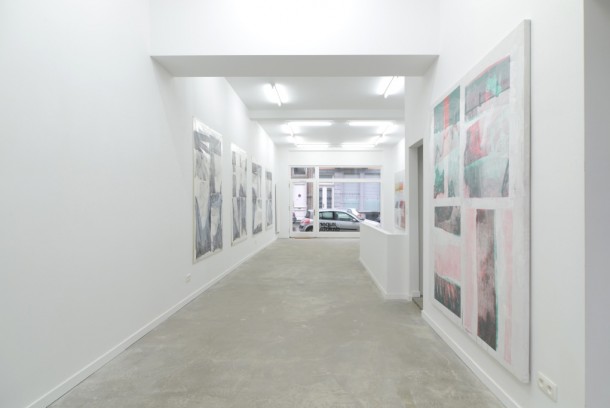 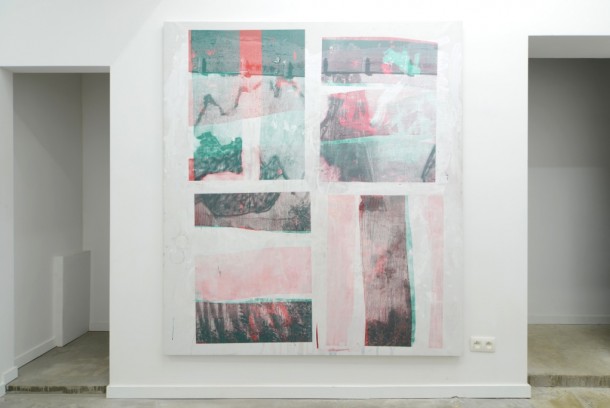 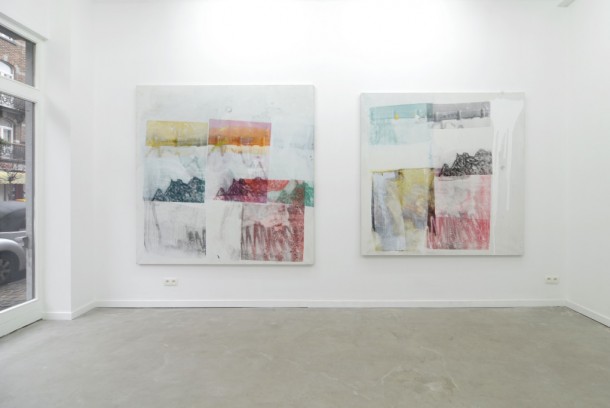 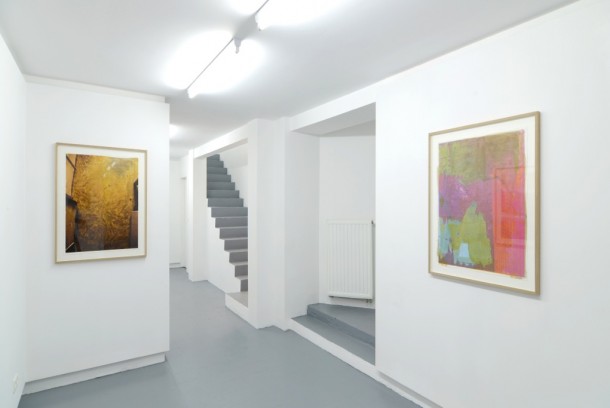 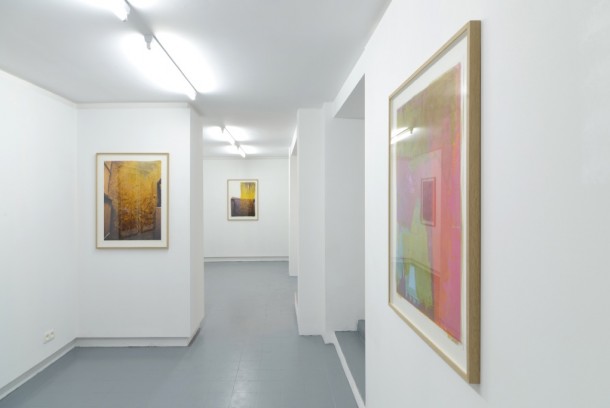 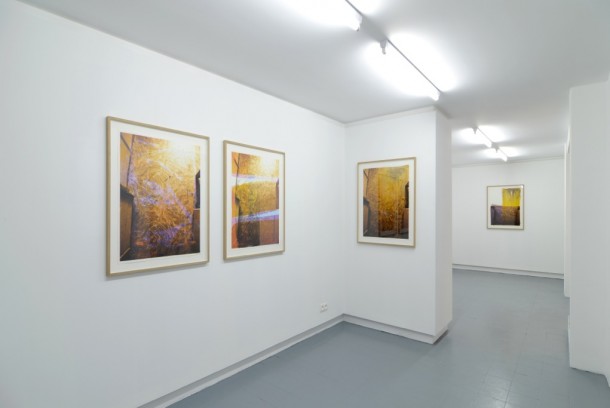 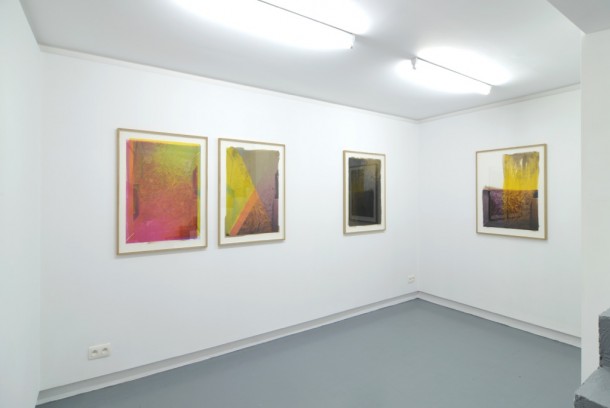 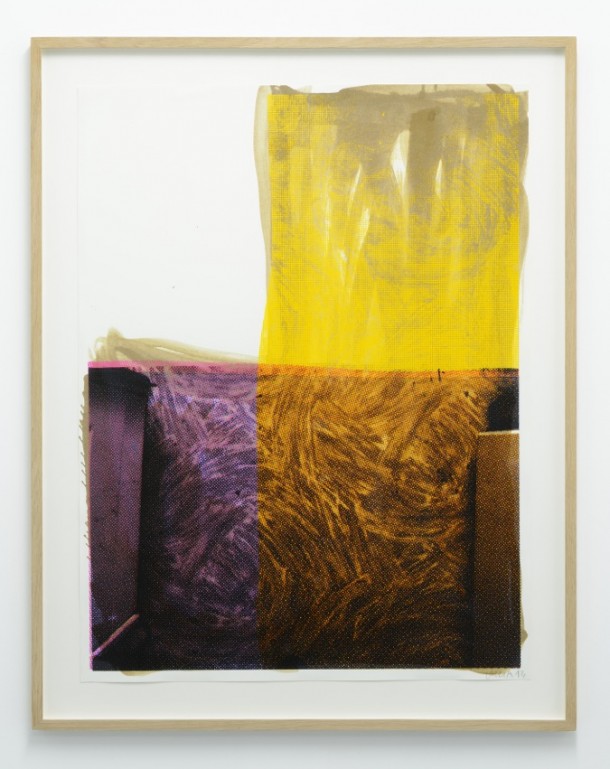 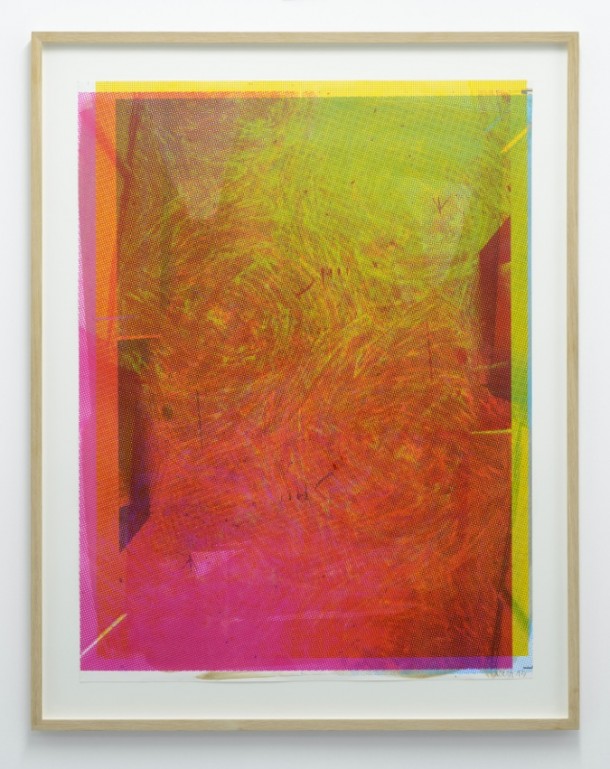 “What is below can not remain indefinitely below and always ends up to the surface.”

Baptiste Caccia chose as a title for his first solo exhibition this Latin quote from a book of alchemy as a nod of the head to occult practices.

Pass, and pass again. Reprint, constantly repeating the footprint of its first steps and never walk in its own footsteps.

The work of Baptiste Caccia is a seemingly infinite game reproducing the similar differently; a systematic and mechanical reproduction of the image through which the gesture of the painter merges with the printing tools. Artist as artisan, artisan as artist, Baptiste uses the brush as a mechanical tool and the silkscreen as a machine to produce practical approximations.

At the beginning is photography, first stage of the creation process. The photograph is not used as a snapshot, frozen forever in time, but as an image that can reinvent itself.

« I stand as a professional printer. All parameters are set for the image to be reproduced perfectly and this is through the printing action that the mechanical gesture of the printer becomes a meaning of painting ».
The process could appear simple as the difference, the emergence of the new, only appears from the ordinary operations of reproduction. But it is when playing with “mistakes”, with “wrong timing ” that creates something new. Traces, mechanically reproduced on industrial material, become organic gestures of painters. Tools of reproduction are handled as brushes, and thus the image is folded in its initial status of painting. By reversing the codes, Caccia gives new attributes to his tools. A perpetual interplay between his techniques, where the liquid paint becomes a developer of the image.

It is then not about opposing the order of painting and organised printing, but to build bridges, exchanges between one and the other, until their status become quite undecidable.

Baptiste Caccia offers a zone of indeterminacy, a rough space in perpetual construction, but also a formal and sensible study of painting and the status of the painter. What tool makes the painter, the printmaker? What is painting? Is it a flat surface, an « oil on canvas »? 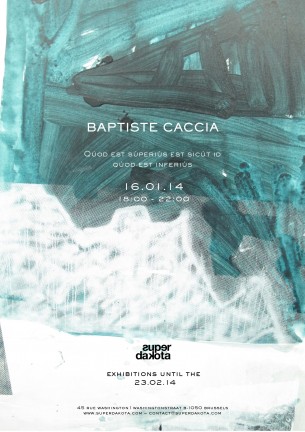