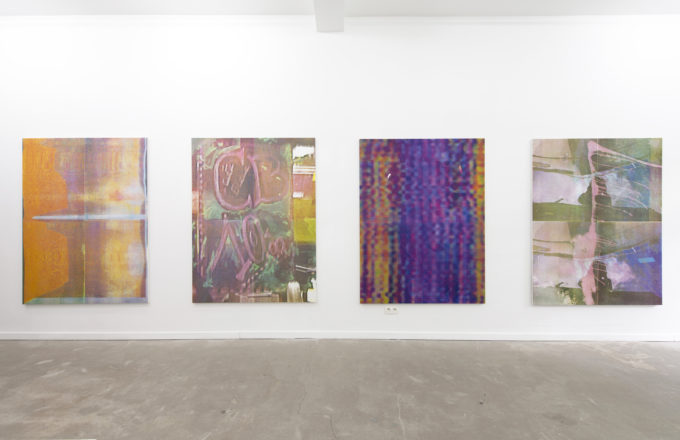 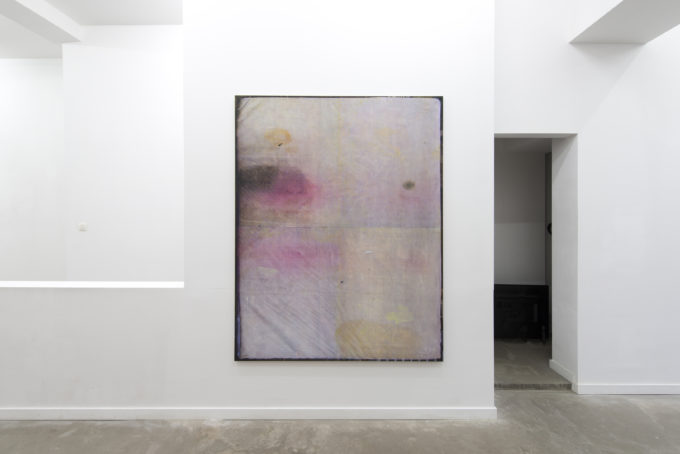 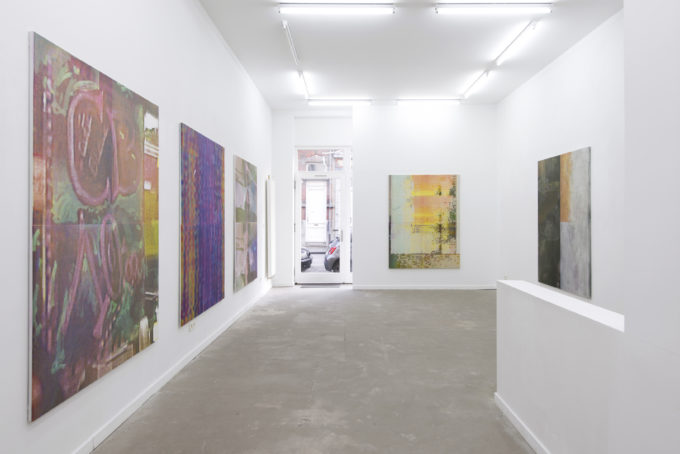 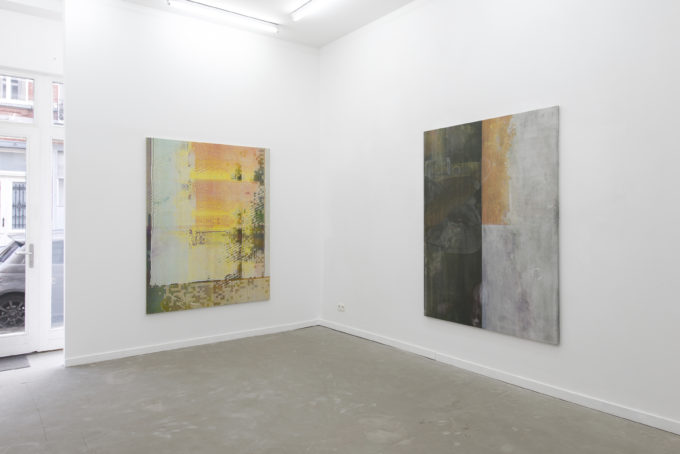 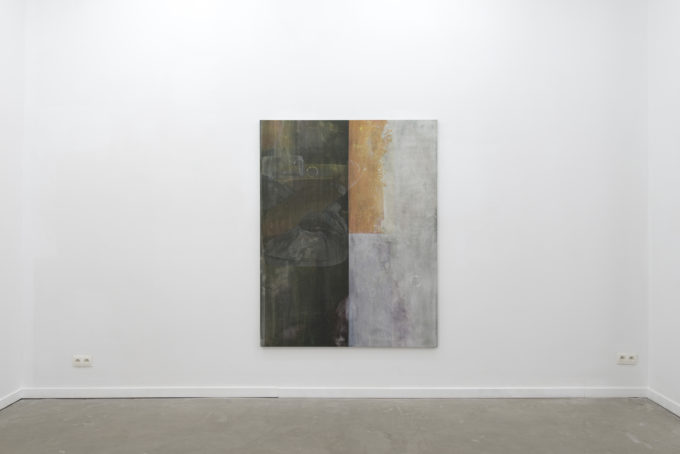 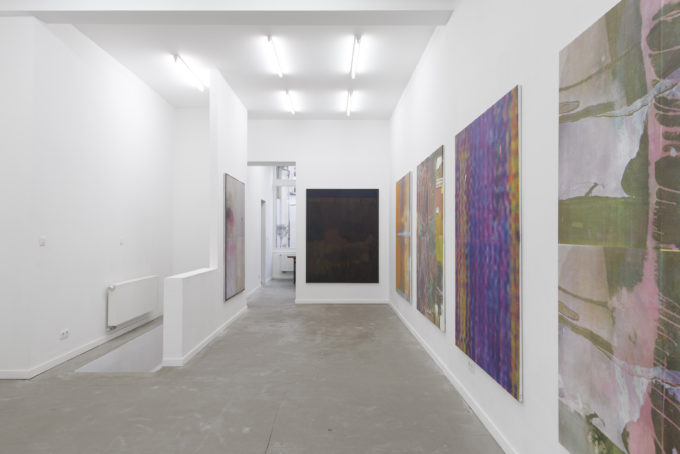 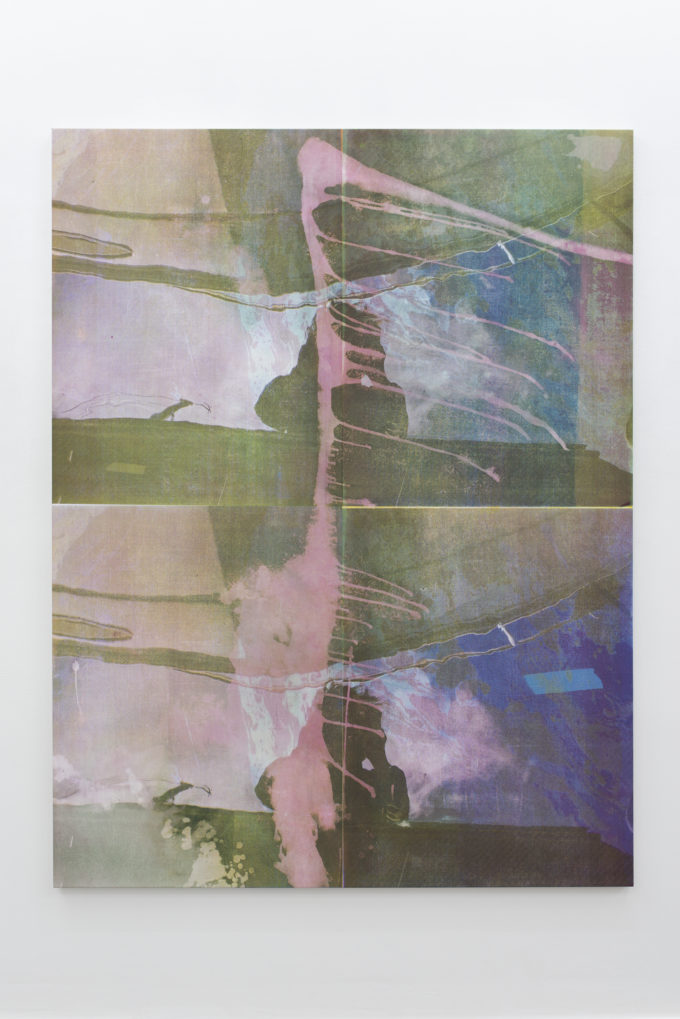 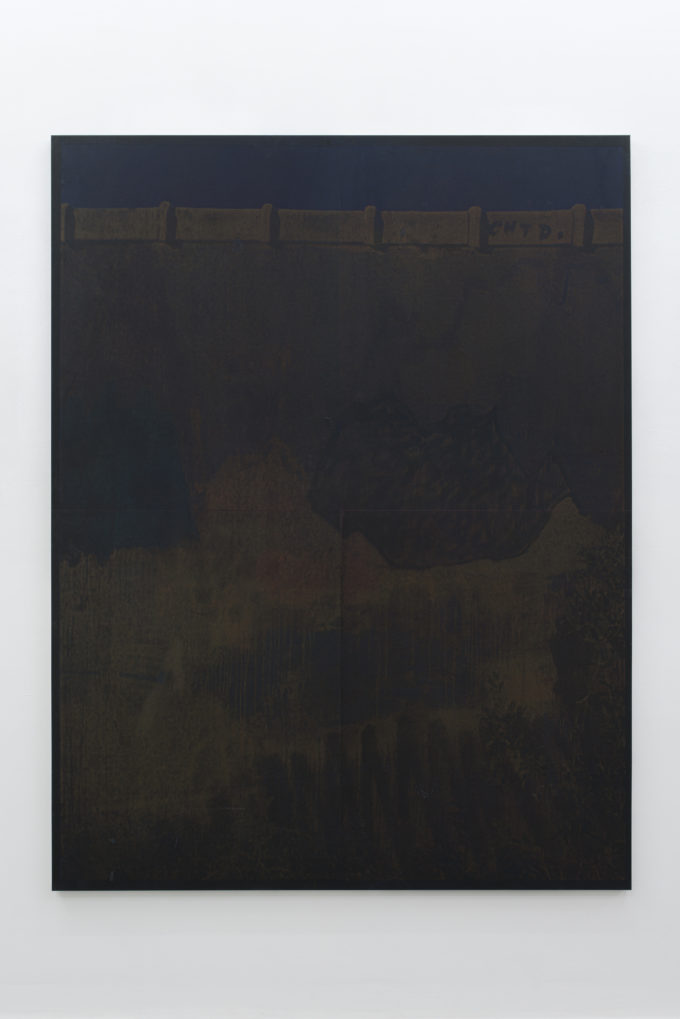 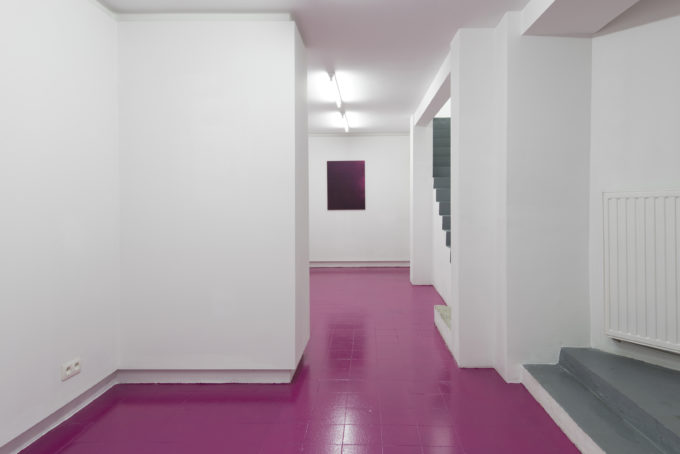 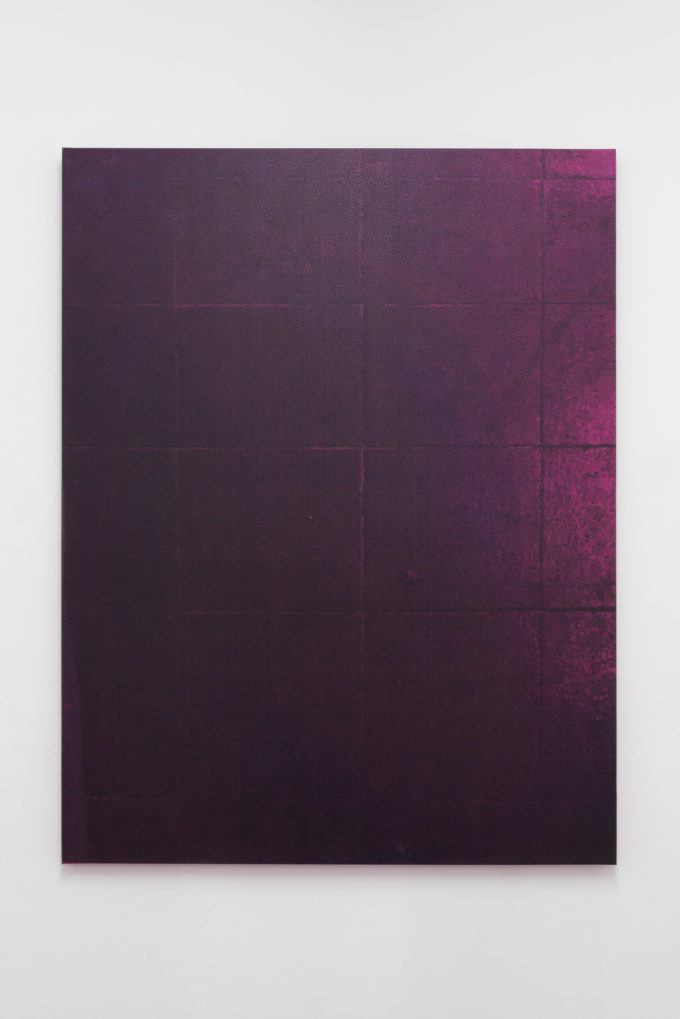 “ So it is that between the horizon and the shore, a change begins to occur in the depths of the sea. It is slow. It arrives late, one discovers it once it is already there.

[…] Before me a color is born, it is very intense, green, it occupies a part of the sea, it retains much of itself in that color there, a sea but smaller, a sea in all the sea. The light came then from the sea, from an overflow of color in its depths, and this black back light, a moment before, came from its eruption, from all parts leaving the waters. The sea becomes transparent, of a glow, of a brilliance of nocturnal organs, it appears not of emerald, you see, not of phosphorous, but of flesh.”

Here is a vision that accompanies me, told by Marguerite Duras in Aurélia Steiner (Vancouver): the rise of a color, blinding, from the depths of the water.

It is entirely the opposite of haste, it is the idea of a great slowness. Something prepares itself, it doesn’t show anything immediately but it announces itself with the power of an indolent apparition. Softly this rumbles and finally comes to modify, to color an intermediary expanse, between the place that we search and the horizon that we examine.

This happens with a delay. It is the introduction of a discrepancy, of an incompatibility.

And then there is the event, the emergence of a distance that huddles there before our eyes, until then unknown but known once it presents itself, foreign and familiar all at the once, undeniable but evanescent.

At the beginning, there would have been this background crouched below that proliferates, puts itself in movement, converges.

A boulevard, a color. Magenta. Then more to come. They superimpose themselves, add, complete each other. They carry images, some known, recognized, spied, memorized, incrusted, forgotten. Ghost images that populate our universe, which is not to say that they inhabit us. Images for which sometimes place must be made, or rather a place, that we image a space for each, that we give them a certain amount.

A certain amount and that would be a rectangle, like a man-size window. A frame so vast that we may lose ourselves (you then us). So that we may linger in formal and colored zones, in atmospheric variations, in very light changes in texture. Forget the signified, did you say.

Intermingled with the softness of contemplation, in the long moment of the attentive gaze, there is the abrupt and a certain violence – that of a capture and gestures that de-figure and re-configure. There imprints a vision that, by way of photography, leads to painting.

The image grasped and recorded – because it echoes or crystalizes all these others – remains imperfect. Rather than remain there, rather than simply multiplying, to prefer to work this one in its layers. To begin to anchor itself in a logical structure and to introduce quite voluntarily a bit of randomness. To hijack the established mechanics, to seek out the bug, the little that it takes to derail the machine. To moisten also, go crazy with the inks, make the pigments migrate, liquefy the image, but never till its disappearance. To draw attention sometimes to the screen, sometimes to the distortions, to unveil some of the image-making process, that which opens the path towards the mysteries of the matrix.

And here it is, among the colored layers nest a ground, a view, a personal and foundational monument, a banner that has become customary, a vacation ship, those that counts, that which remains.

Imagined side by side, these new images initiate a portrait. We are introduced to the one who in two views sounds the depths and willingly lets themself be absorbed by the effects of the surface: for example, by the sinuosity and variations of a spot of oil on a sea without wind observed while boarding.

It would be like the exposure of spectral replicas – a particular luminosity, a fog. The places-themselves are split in two. The ground is multiplied. What has already taken place reappears in a new form, always through the same window.

And under our feet, an origin, a first color, magenta, deposits itself. Come as if from the underworld, it has invested the tiled surface with its transparence and has opened another space.

Under our feet and before our eyes: a colored expanse, like a sea in the immensity of the sea.