— Exhibitions
Alex Clarke This Happened To Me 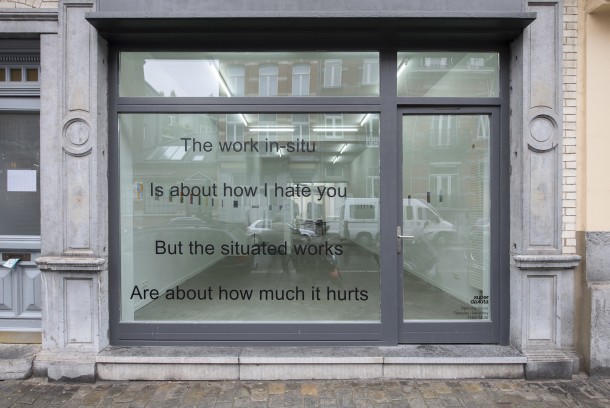 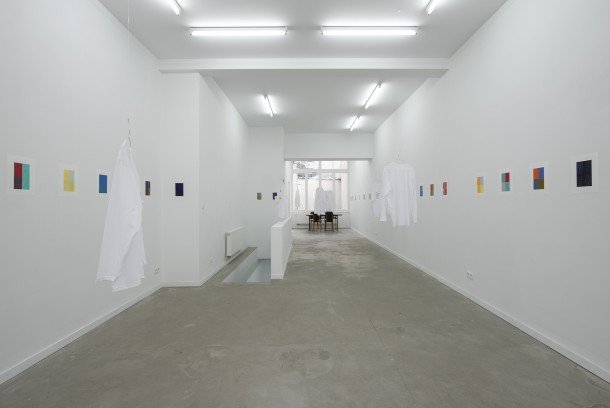 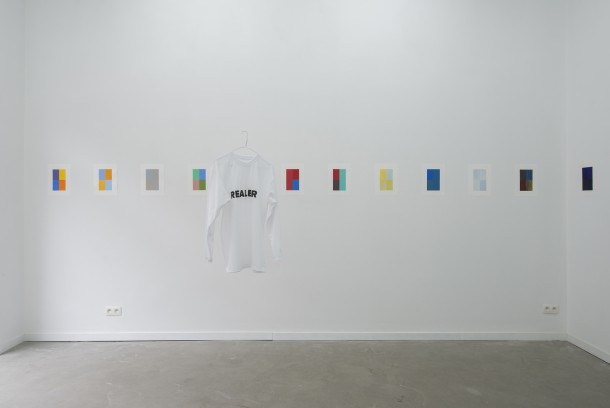 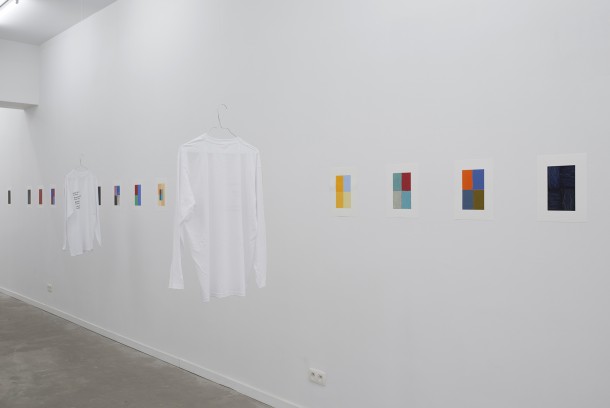 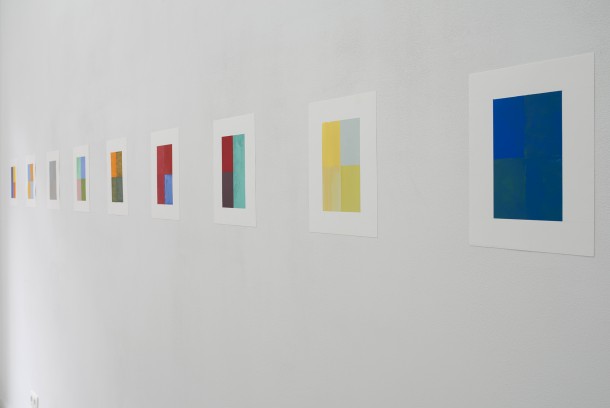 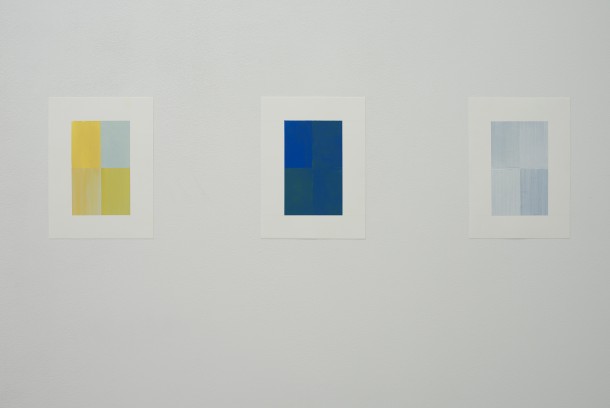 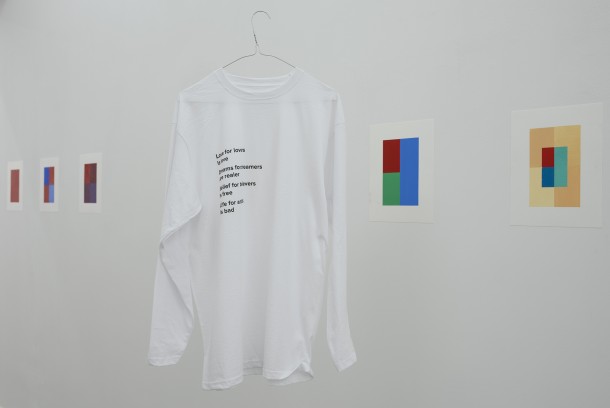 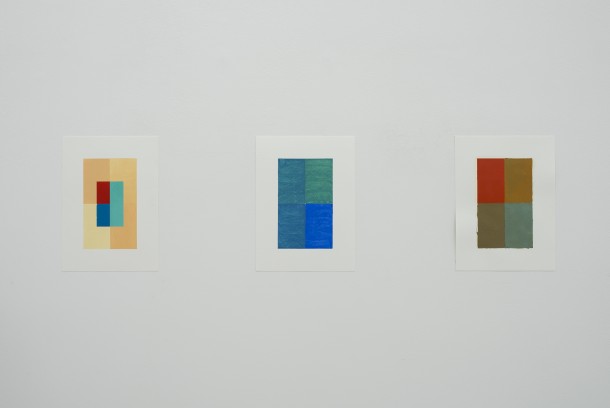 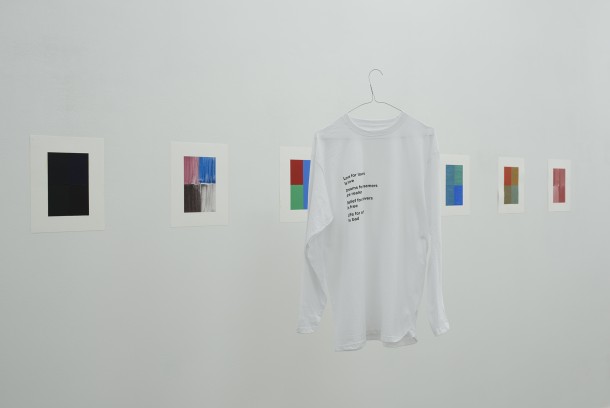 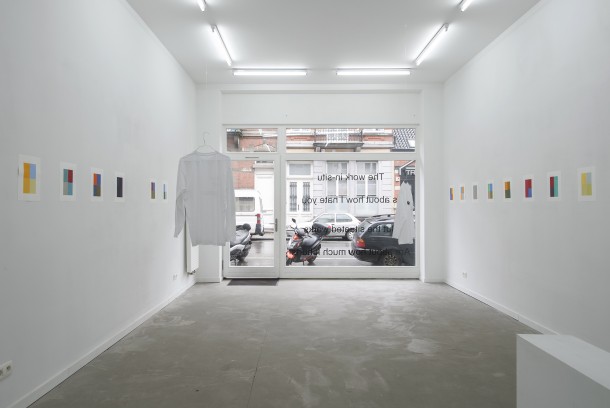 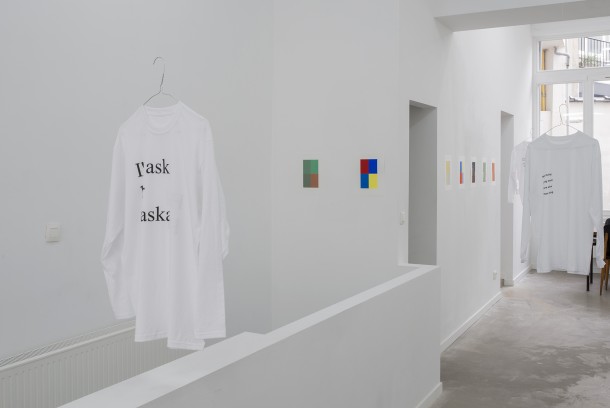 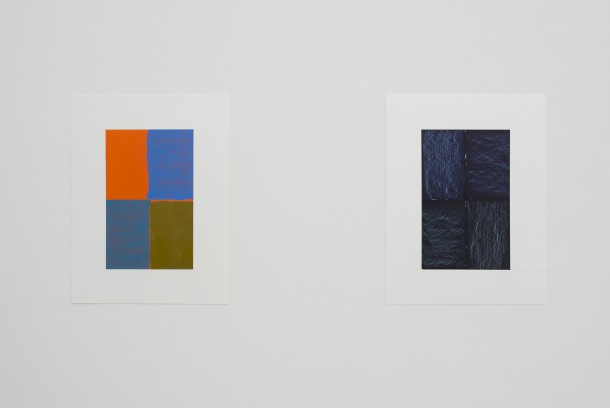 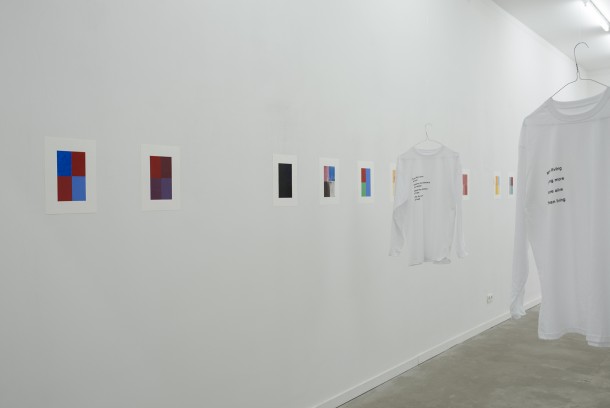 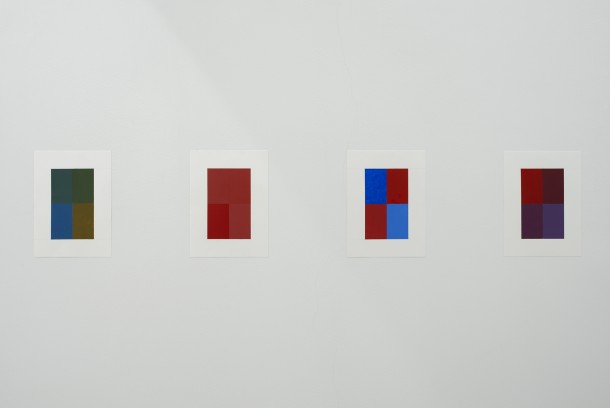 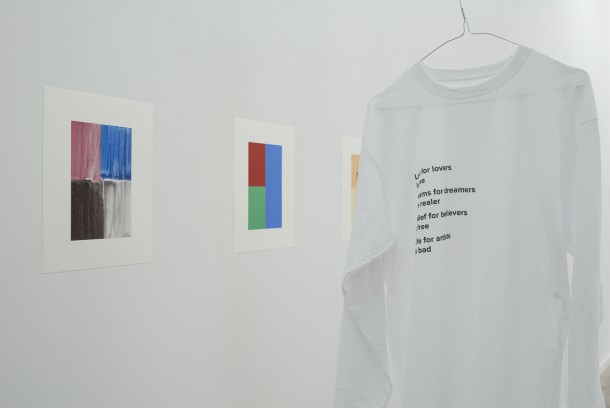 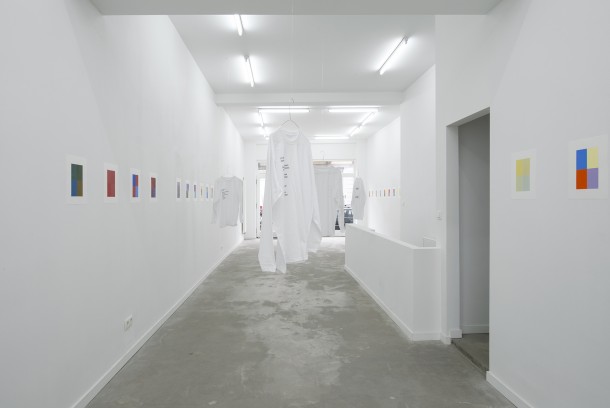 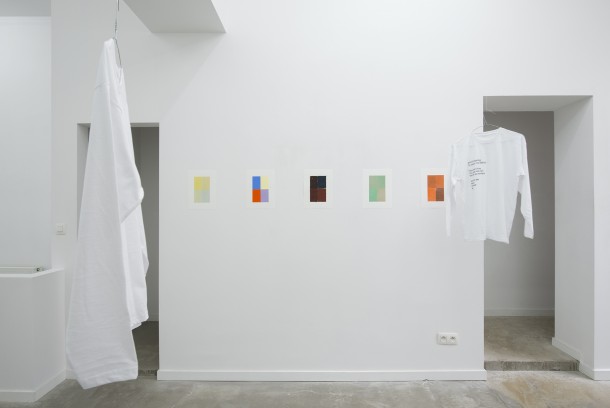 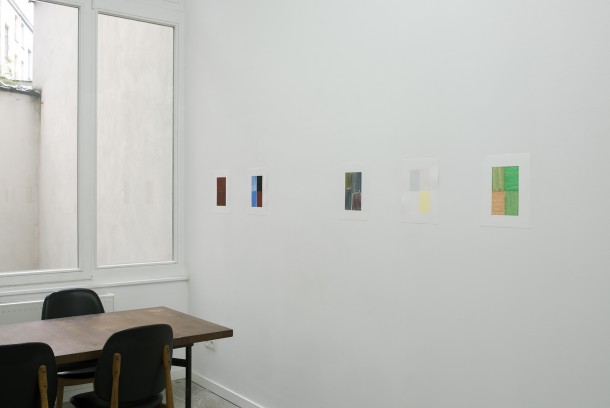 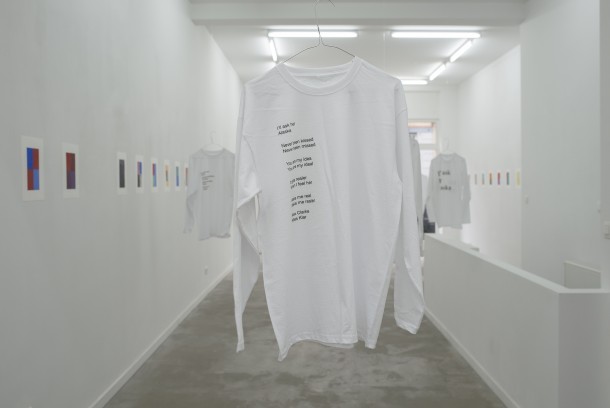 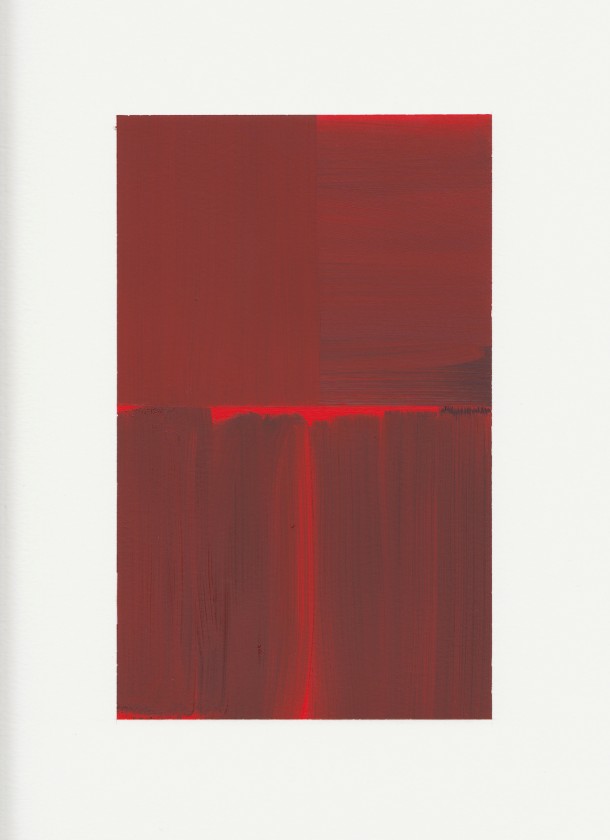 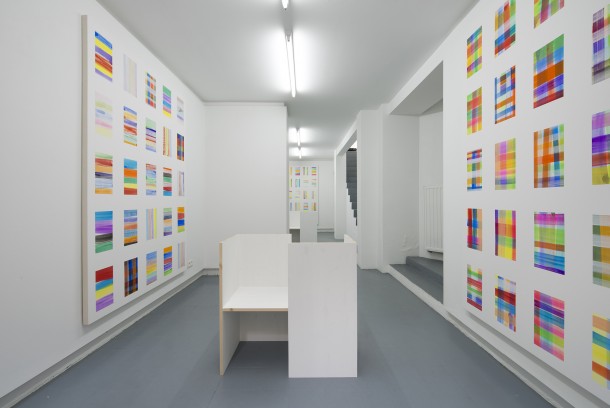 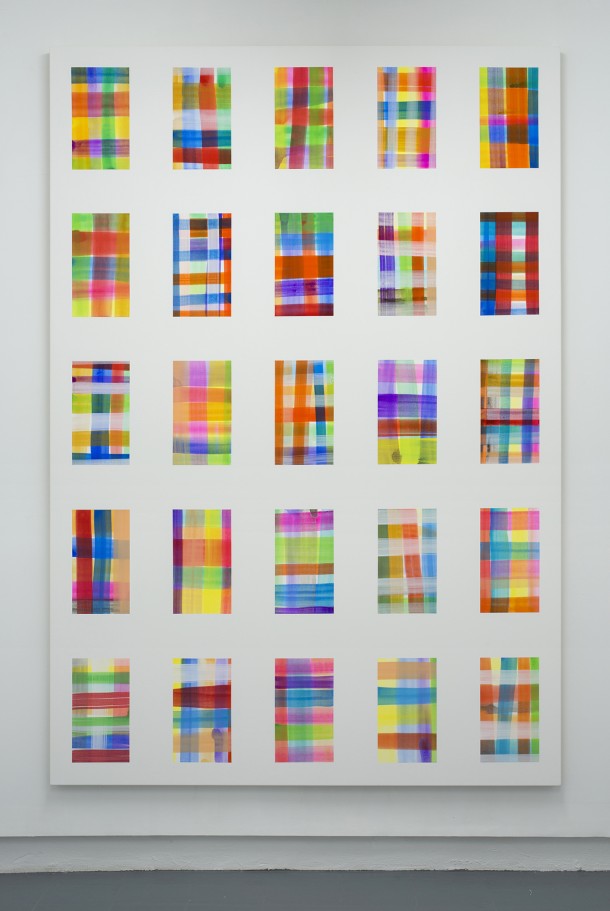 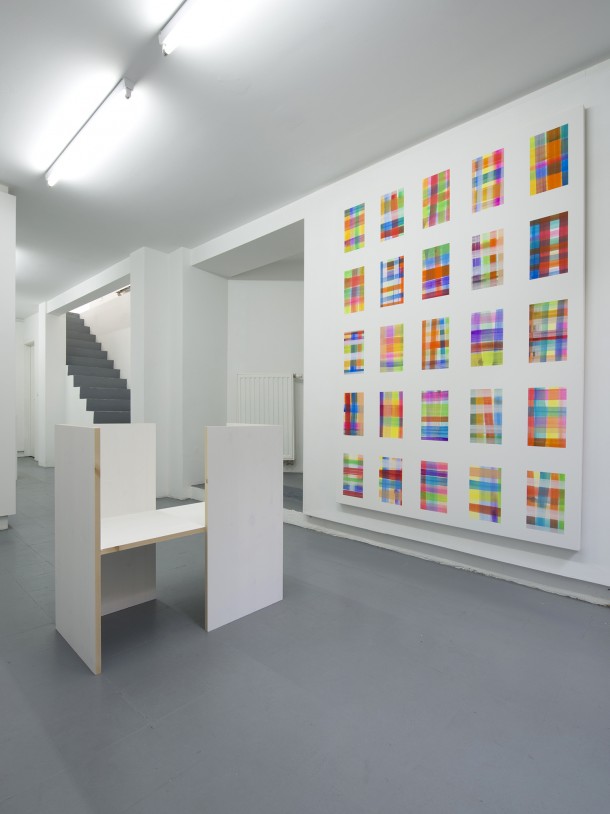 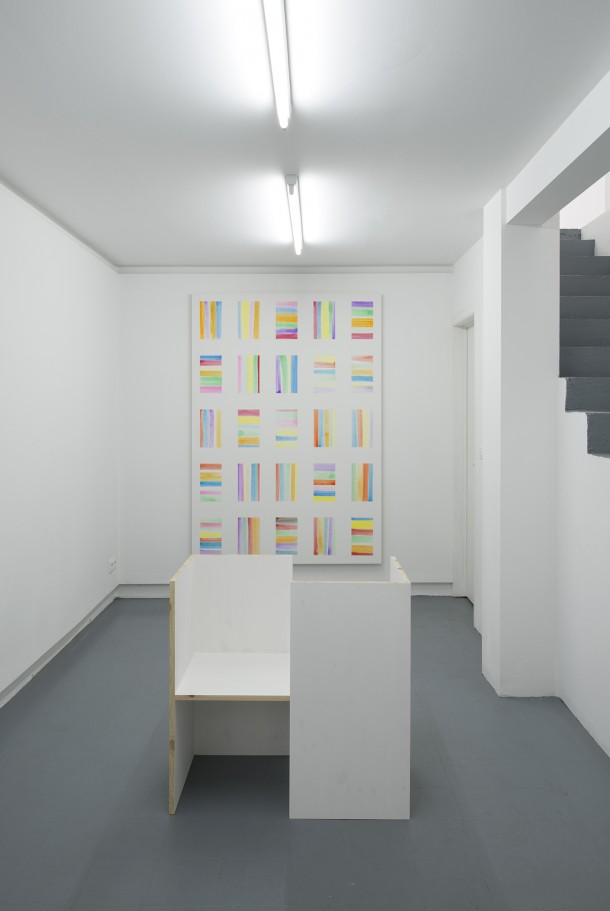 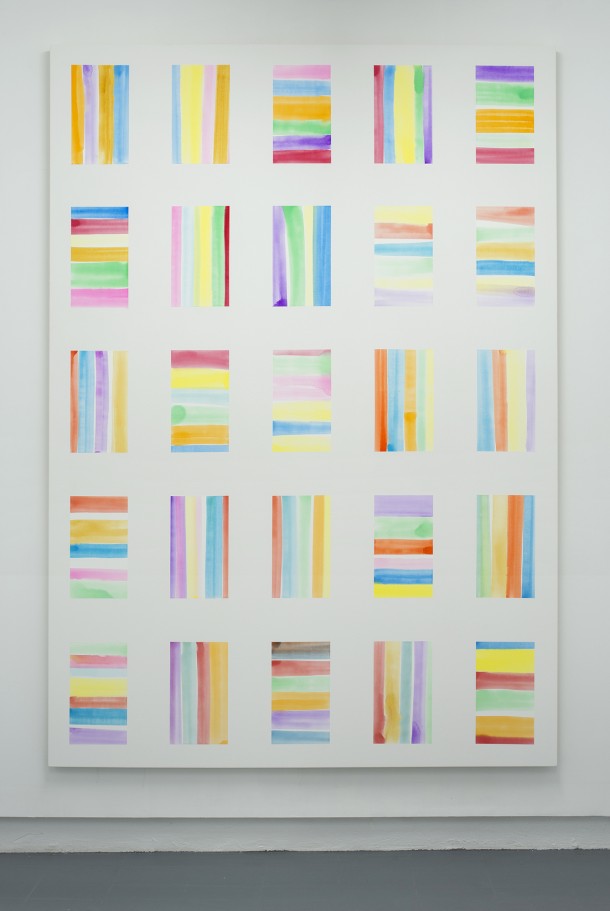 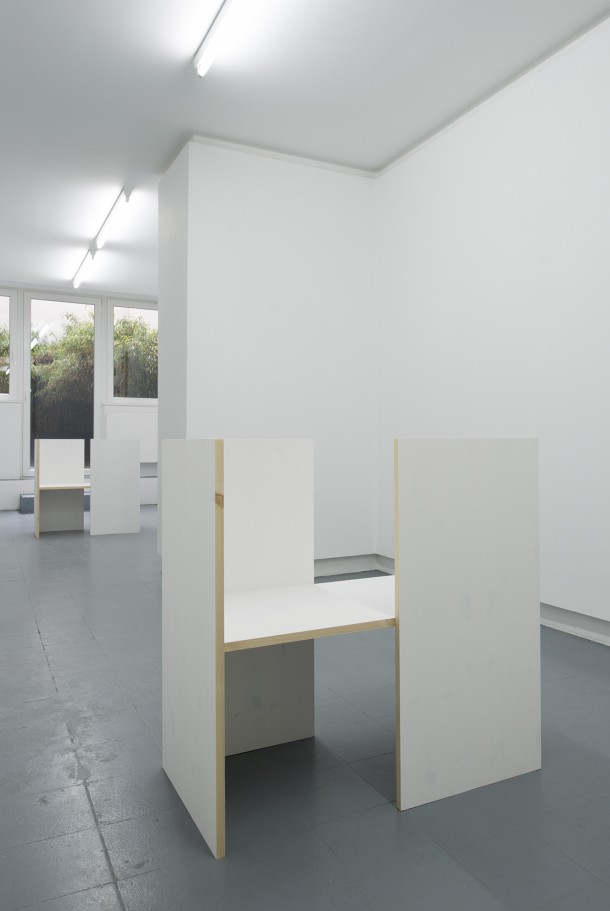 Super Dakota is pleased to present Alex Clarke’s second solo exhibition with the gallery.
This Happened To Me is a show which thematises questions of relationships across variant projects of painting, text pieces and a pair of kissing benches.

Previously, “relationship” in Clarke’s practice has been built within the space between works- either his own variant groups of paintings, or the work of another person- creating a circling social dynamic that denies each individual work the singular first-person ‘I’ of being it, and instead developing a practice which questions authorship and aspires via a plural tense of ‘We’ or being together.
In This Happened To Me the benches (named ‘You and Me’ after Clarke’s previous show at the gallery ‘You and Me, Better Be’) prime a figurative space of specifying these relationships. Made simply from pine and gessoed just as the ground of a painting- the ‘kissing’, ‘courting’ or ‘conversation’ bench is a painterly three-dimensional form for a proposed relational viewer.
This Happened To Me presents a prolonged activity of painting in which the support of hundreds of sheets of uniform 12×9 inch sheets of paper that- rather than having a provisional function,-cumulatively form overall paintings divided into something like ‘books’ or ‘chapters’. This mode of painting is then transposed into large-scale canvases divided into 25 paintings which become ‘rooms’/‘studios’ or sheets of paper in which colour is written right to left. The relationship between these two spaces of painting is that of indexing the overall, which, in turn, formulates the comma or and or with of seriality.
The text pieces in the show are willingly adverse to the language of abstraction and open a space of naming these dynamics- love, hate, hope, doubt, belief, non-belief, dreaming, ‘realer’ reality etc. Clarke says of these pieces that hopefully they have very little to with Writing; they’re the same as drawing really. If they’re poems… I don’t know what “good” will be… ‘Poems’ or, worse still, ‘poetic’.. that’s such a terrible thing or desire once you name it, absurd really- ‘artist’ is a hard enough identity. We can make two colours or forms rhyme and that can be lasting, say all that I need to and contain everything, and more, and with nothing in the way, but that doesn’t mean that I don’t disagree with myself or get jealous of something like the Talking Heads or a million other things, for just saying it, naming it, being there, saying something.. and with the most lasting..joy? The ‘poetry’ of poems is just a mediation that get’s in the way.. but that space, it’s still abstract- saying something to someone, trying, building a dialogue, a relationship, that’s just being an artist, being a person, being, being together.

Alex Clarke – born in 1988, Nottingham UK, lives and works in London. He holds a BA from Central Saint Martins, London and a post-graduate from The Royal Academy Schools in London. Clarke has made solo and duo presentations at Nicelle Beauchene, NY (with Ellen Macdonald); Paul Rogers, NY (with Jean Pierre-Pincemin, curated by Alex Bacon); Super Dakota, Brussels; Evelyn Yard, London, Gowlett Peaks (curated by Elinor Morgan).
Since 2015 Clarke has been teaching in an associate lecturer role at Central Saint Martins, London. Clarke also co-conceived the How To Be Being programme at Super Dakota. 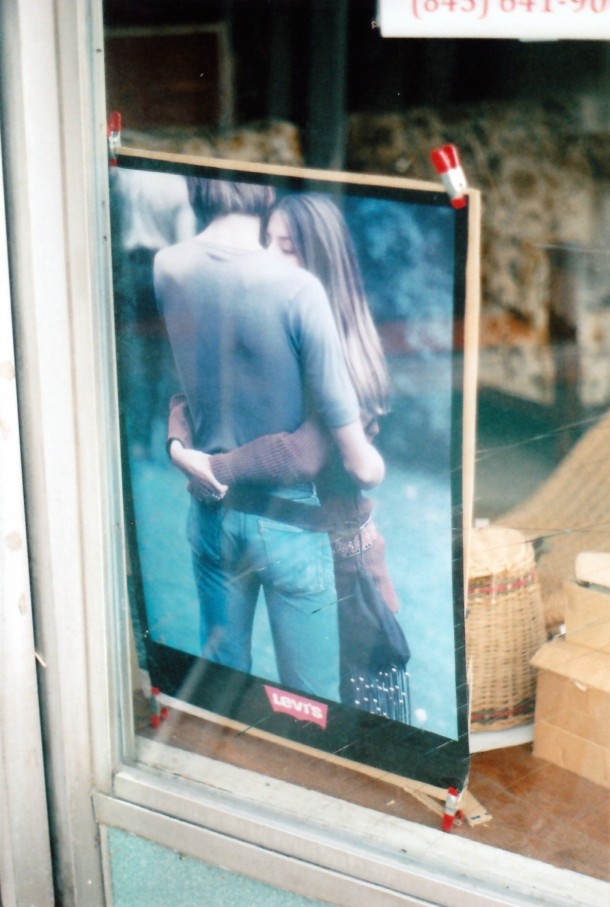